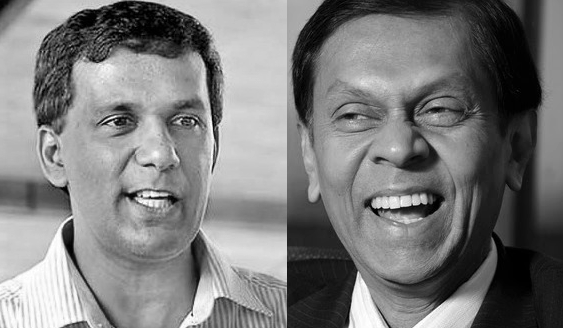 Former Governor and CaFFE Executive Director Rajith Keerthi Tennakoon has filed a petition in the Court of Appeal seeking a Writ of Mandamus Order regarding law enforcement and appointments of persons involved in fraudulent activities with regard to   bonds transactions and employee provident fund.

The motion and the petition regarding the above matter were sent to the office of the Court of Appeal by email this afternoon. The motion calls for the petition to be heard tomorrow (Sep. 15)

The petition has been filed  seeking legal action against the parties involved in a number of forensic audit reports conducted on the recommendation of the Presidential Commission.

The reappointment of Ajith Nivard Cabraal  as the Central Bank Governor will provide an opportunity to destroy, alter and influence witnesses in the Central Bank in connection with a criminal offense. The petition also seeks an inquiry into the large scale corruption and fraud at the Central Bank and the prosecution of the parties involved, Rajith Keerthi argues.

The Petitioner states that the 3rd Respondent [Nivad Kabraal] was the Governor of Central Bank of Sri Lanka [hereinafter sometimes referred to as ‘the CBSL’] since 1st of July 2006 to 08th January 2015 and held the post of State Minister of Finance representing Podujana Peramuna Party in Sri Lanka Parliament until 13-09-2021.

The Petitioner states that during the period of ‘Yahapalana’ government (08-01-2015 to 17-11-2019), former President, Hon. Maithripala Sirisena appointed a Special Presidential Commission to investigate the financial embezzlement or any other insider dealings alleged to have committed (if any) by certain group of persons in the process of issuance of Government Treasury Bonds from 01-02-20 15 to 31-03-2016.

The Petitioner states that according to the aforesaid forensic Report pertaining to the review period of (“1 January 2002 to 28 February 2015”) [pages 23 to 26] calculated that the Central bank of Sri Lanka had incurred losses between Rs. 10.4 – 10.6 Billion from year 2005 to 2015 to the Sri Lanka Government, whilst the 3rd Respondent [Nivad Karaal] was the head of Central bank.