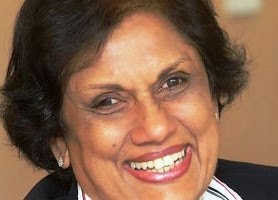 Former president Chandrika Kumaratunga has written to incumbent Mahinda Rajapaksa, asking that immediate steps be taken to stop all. In her letter, Mrs. Kumaratunga gives instances of the harassment she has undergone, and clearly informs president Rajapaksa that the surveillance mounted on her by his government is illegal and unconstitutional and a violation of her fundamental rights. For instance she has state that ” I also went recently to Anuradhapura with foreign friends.  The hotel I stayed in was under a 24 hour surveillance by NIB officers, who were recognized and spoken to by my security detail.  The net result would be that the said hotel management will be hesitant to accommodate me in the future.It is noteworthy that my security officers have recognized some of the NIB personnel engaging in various acts of surveillance

I write to inform you of certain activities undertaken by your Government that have violated my privacy, caused much harassment to me and concern with regard to my personal safety.

This situation also violates my Fundamental Rights, impinging on my freedom of movement and freedom of association.

Since I retired from the Presidency in 2005 and you assumed the office of President, the secret services of the Government, which are directly under the authority of yourself and your brother Gotabhaya Rajapakse, Secretary to your Ministry of Defence, have relentlessly pursued the following actions :
Constant surveillance of my residences in Colombo and at Horagolla
I complained in writing about this to the former Inspector General of Police Mr. Jayantha Wickremeratne by my letter dated 19th October, 2009 and also talked to him on the phone.  I did not have the courtesy of even an acknowledgement, similarly to several letters written to you, your Secretary Lalith Weeratunga as well as Secretary, Ministry of Defence Gotabhaya Rajapakse on other matters.

NIB officers visiting and interrogating the management of hotels, after I have happened to visit these hotels for entirely personal reasons.  They have been questioned as to why I went to the hotel, what I discussed, who I meet there, etc. They also place officers at the hotel, to watch and report on who attends my events.  The staff at these hotels has been so intimidated and frightened by these actions, that I now find it difficult to arrange even personal events at hotels.

I am deeply concerned about the above for the reasons given below :

1.      This is a serious violation of my Fundamental Rights to movement and association.

2.      This amounts to a calculated strategy of your Government to harass me and cause severe mental and emotional stress to me, while intimidating my friends and associates.  This situation is compounded by the knowledge that you have informed a large number of senior members of our Party and our Government to desist from talking and associating with me, during the past 8 years of your Presidency.

3.      Taking into consideration the prevailing practice of destroying anyone who is considered a threat to the higher authorities of your Government, by means of murder, “disappearances”, physical attacks, I have serious reasons to be concerned about my safety.  The practice of constant surveillance is an effective means of obtaining information about my whereabouts, in order to facilitate planned action against my person.

I say that the surveillance that has been mounted on me, the Former President of Sri Lanka, is illegal for the following reasons :

I wish to earnestly request Your Excellency to take immediate action to instruct all relevant authorities to stop all illegal surveillance done with regards to myself.