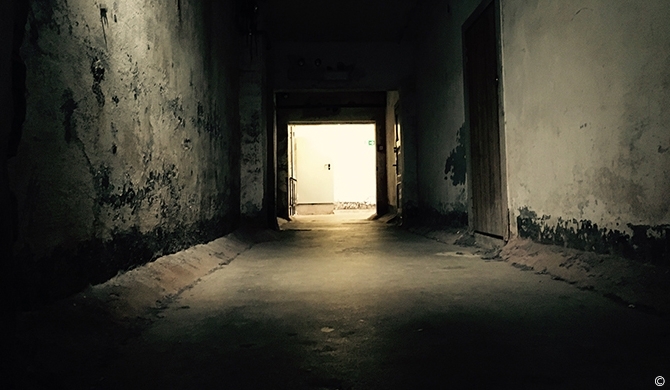 Image: Abducted children were kept in Navy camp, in Trincomalee.

Denying  the news item on the front page of The Sunday Island of Oct. 07, under the headline, “Ex-navy Chief Karannagoda emerges as key suspect in killing of children”, former Navy Commander Admiral (Rtd.) Wasantha Karannagoda has issued a statement.In his statement he confirmed the abduction of students by the Navy personal and says that ” Had Rear Admiral Fernando informed me or the Area Commander Trincomaleee of the youth being kept by Cdr. Ranasinghe in the Navy camp Trincomalee, after checking with Lt. Cdr Sampath who had given the orders to abduct the youth, instead of informing Hon. Felix Perera , perhaps there would have been the possibility of saving the youth”.

“According to the “B” report submitted by the CID to Fort Magistrate based on evidence given by Rear Admiral Shemal Fernando on 18th September 2018 (after 8 years, for the second time) following facts are relevant:

a. It is very clear that at no stage Rear Admiral Fernando “had informed me” or the Trincomalee Area Commander, about the abduction of the youth and their presence in the Trincomalee Navy camp, but had chosen to inform Hon. Felix Perera the Minister of Fisheries about it.

b. On his own admission, Rear Admiral Fernando is contradicting the evidence given by him on 13/10/2010 (8 years ago), stating that he was a serving member in the Navy at the time, thus negating the credibility of his evidence.

c. Rear Admiral Fernando had expressed his opinion stating, “If something has happened to the youth, Admiral Karannagoda and Commander Ransinghe are responsible for same”, knowing very well the matter had been reported to the relevant authorities by me after a brief preliminary inquiry as soon as this was brought to my attention. Also, having served more than 5 Navy Commanders including me, as the Secretary, he is well aware about the Navy command structure, that there is a chain of Command for the functioning of the Navy, and the Navy Commander deals only with the Area Commander, in this instance with Rear SMB Weerasekara. Cdr. Ransinghe was the Intelligence Officer attached to the Eastern Naval Command.

d. Had Rear Admiral Fernando informed me or the Area Commander Trincomaleee of the youth being kept by Cdr. Ranasinghe in the Navy camp Trincomalee, after checking with Lt. Cdr Sampath who had given the orders to abduct the youth, instead of informing Hon. Felix Perera , perhaps there would have been the possibility of saving the youth.

It is true Minister Perera informed me of the incident by letter on 17th June 2009 (Copy available with the CID). By this time Lt. Cdr. Sampath had been arrested, while hiding at Army HQ, and handed over to the CID on 10th of June 2009, after preliminary inquiries conducted by the Navy.

“I have already instructed my lawyers to issue a letter of demand claiming Rs. 500 million from Rear Admiral Fernando for making false and malicious allegations/statements to the CID on 18th September 2018, against me.

“It is pertinent to mention that the information about the abduction of 5 youth by Lt. Cdr. Sampath, my security officer at the time, was brought to my attention by Capt. JJ Ranasinghe (present Vice Chancellor of Kothalawala Defence University) through Commodore Udaya Bandara, my Naval assistant at that time, around third week of May 2009 (during the last week of the war), more than one month before Hon. Felix Perera’s letter.

“The sequence of events are given below.

a. Around third week of May 2009 on one afternoon, Commodore Udaya Bandara (Naval Assistant to the Navy Commander) informed me that Capt. JJ Ranasinghe (present Vice Chancellor of KDU) who was serving as an Instructor at the Batalanda Defence Services Staff College at the time, had brought to his notice that Lt. Cdr. Sampath (who was serving as the Security officer of the Commander of the Navy) had abducted 5 youth and kept them at a place known as the “Gun Site” in the Trincomalee Navy camp and was demanding a ransom.

b. Immediately, when inquiries were made from Lt. Cdr. Sampath about the incident, he denied any knowledge of it. At that very moment, he was ordered by me to go and meet Capt. JJ Ranasinghe and clarify the matter. Once he left I spoke to the Area Commander In Charge of Trincomalee Navy camp, Rear Admiral SMB Weerasekara, over the phone and instructed him to personally check whether there are any youth kept under arrest at the place called “Gun Site”.

c. After approximately one hour later Rear Admiral Weearasekara informed me over the phone that he had visited the location “Gun Site” and there was nobody. About another two hours later Capt. JJ Ranasinghe informed me over the phone that Lt. Cdr. Sampath had met him and he had told Sampath that the Navy Commander had made a mistake; it was not he but another Capt. Ranasinghe. He said he had handled Sampath in that manner, through fear, as he was aware Sampath was involved with the Colombo underworld. He reiterated the information given to Commodore Banadara and confirmed it was Lt. Cdr. Sampath, who had abducted the five youth according to the information received by him. He and Rear Admiral Udaya Bandara have given statements to the CID in this regard.

d. Capt. JJ Ranasinghe had received the information about the abduction from the relatives of a missing person Rajeeve Naganathan.

Although there was nobody at the place called “Gun Site”, I felt there could be some truth in what Capt. JJ Ranasinghe said and the following day I instructed Lt. Cdr. Sampath to take 7 days leave to facilitate an inquiry into the matter and instructed Naval Provost Marshal and Director Naval Intelligence to look into the matter.

This was a period of intense activities in the Navy as the war had reached its climax with the final stage and everybody in the Navy was busy, particularly due to the public statement made by the Army Commander Gen. Sarath Fonseka that only way Prabhakaran could escape was by sea.

Whilst on leave Sampath submitted a request to leave the Navy and this made the situation more suspicious. Since Sampath did not report after leave his cabin (room) in the officers’ mess was broken open by the Naval Provost Marshal, to facilitate the investigations, in the presence of Naval Police, and many suspicious items were found in his Cabin. At this stage it was felt the investigation was beyond the naval investigators and the matter was reported to the Police on 28th May 2009, on the advice of Judge Advocate General of the Navy (Who was a Senior Deputy Solicitor General in the Attorney General’s Department at the time)

A few days later, the then Army Commander Gen. Sarath Fonseka was instructed to hand over Sampath to the Police as the Police wanted him for questioning. Lt. Cdr. Sampath was handed over to the CID on 10th June 2009.