Foreign and local doctors attached to the Swiss Embassy has confirmed that abducted employee had been assaulted, sexually harassed – Lawyer 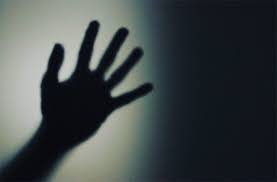 Colombo Chief Magistrate Lanka Jayarathne yesterday extended the travel ban imposed on Swiss Embassy employee Garliar Barister Francis, who was allegedly threatened and kidnapped by a group of unidentified men, from leaving the country till December 12.

When the case was taken up before the Colombo Chief Magistrate’s Court, the Magistrate also issued an order directing the Judicial Medical Officer to submit a medical report pertaining to whether the alleged victim had been assaulted, sexually harassed or not?

“The statement of the Swizz Embassy employee had been recorded from 5.30 p.m until 2.30 a.m on Sunday,” Senior State Counsel Janaka Bandara stated.

“However, the alleged victim refused to submit to a medical examination as no female medical doctor was available. The alleged female victim pleaded to refer her to a female Judicial Medical Officer for medical examination”, Senior State Counsel Janaka Bandara further stated.

Replying to a question raised by the Magistrate, the Criminal Investigations Department informed court that they referred the victim to a female Judicial Medical Officer yesterday.

SSC Janaka Bandara also stated that the CID had not concluded recording statements from the victim and that she was summoned to the CID yesterday to record further statements regarding the alleged incident.

President’s Counsel Upul Kumarapperuma appearing on behalf of the alleged victim informed the Magistrate that his client had been checked by foreign and local doctors attached to the Swiss Embassy. PC Upul Kumarapperuma further pointed out that two doctors mentioned in their medical report that the victim had been allegedly sexually abused and assaulted. The two doctors also mentioned that the alleged female victim had been suffering from a mental health condition.

President’s Counsel Upul Kumarapperuma pleaded to issue an order directing the Chief Judicial Medical officer to appoint a female doctor to conduct the medical examination on the alleged victim.

Senior State Counsel Janaka Bandara had earlier told court that a written complaint had been received by Acting Inspector General of Police C.W. Wickramaratne from the Embassy of Switzerland.

Senior State Counsel Janaka Bandara stated that the Criminal Investigations Department had launched an investigation based on the written information received by the IGP.

“According to the written complaint, the Swiss Embassy staffer was allegedly abducted by a white van on November 25 and was questioned about Nishantha Silva who worked at the Criminal Investigations Department as an Inspector. She had been serving as a Visa Officer.

They also mentioned that the employee who was allegedly abducted was sexually harassed,” SSC Janaka Bandara had earlier pointed out.

On a precious occasion, the Chief Magistrate issued an order preventing the Swiss Embassy employee Garliar Barister Francis from leaving the country and also ordered the CID record a statement from alleged victim before December 9.

After taking the facts into consideration, the Magistrate issued an order directing the Judicial Medical officer to submit a report pertaining to the mental and physical condition of the alleged victim on the next calling date. The Magistrate fixed further inquiries for December 12.