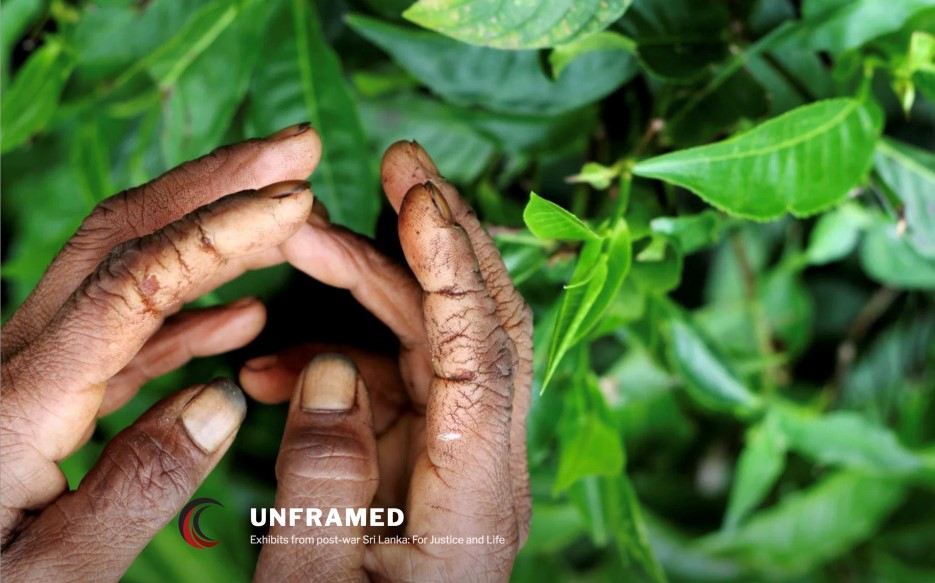 The “Unframed” Photo Exhibition organized throughout the country by ‘Vilkalpa’ Web Media was scheduled be held at Peradeniya University on 16-18 October 2018. Some organized groups have taken measures to prevent this exhibition being held. Free Media Movement condemns this vehemently. The photographs at this exhibition depict the current situation of people who have been persecuted for decades in the country and are still being denied their justice.

The exhibition was organized under the title “Wake my country up” for the 2018 Literary Festival with the full cooperation of the Sub-Committee of the Literary Board of the Peradeniya University. However, organizers have decided to suspend the opening of the exhibition on the 16th and on the same day the Inter University Students’ Union and the Literary Sub-Committee have held discussions in this regard.

In this discussion the organizers had argued that “it’s not fair to cancel this without visiting the exhibition, so let’s talk about it after the event”. But, protesters had been so irrational and adamant that it should not be allowed. Apart from that, these protesters have also engaged in spreading various hate stories against the organizers of the show through social media.

A university is considered as the seat of intellectuals in the country; where a group of people to behave in such a manner is very much regrettable. Specifically, the comments expressed by these protesters clearly demonstrate the prejudice about the ethnic identity of the people who are featured in the exhibition films and their insensitivity of current social crisis. It is a situation that needs to be addressed to by all democratic forces in this country.

The Free Media Movement strongly condemns such activities that challenge the peaceful future of Sri Lanka as well as the freedom of expression which is the basis of democracy.