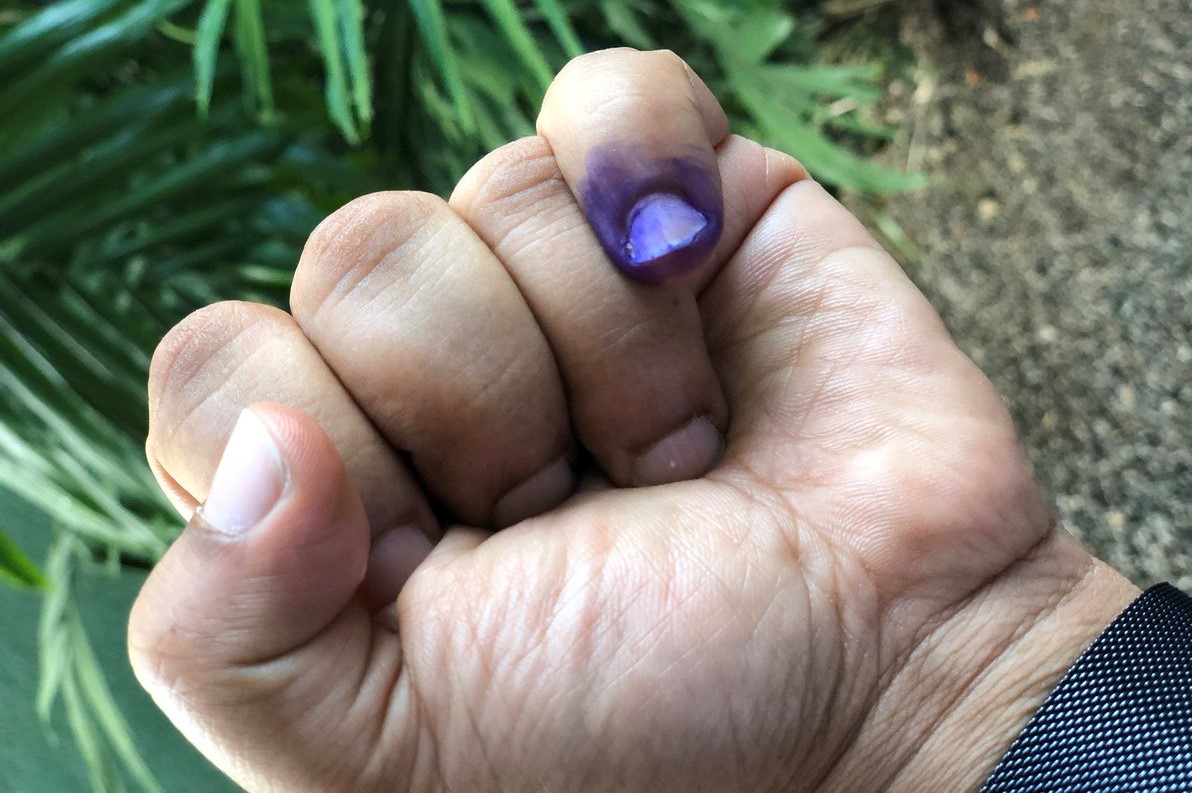 The nation’s voters closed ranks nearly five years ago to oust then-President Mahinda Rajapaksa, whose decade in power was marked by an authoritarian streak. The results of the parliamentary elections that followed mirrored the country’s anti-authoritarian sentiment.

Here are five things to know about the election:

Who are the front-runners?

Mahinda is not running in this election, but his younger brother, Gotabaya Rajapaksa, is the candidate from Sri Lanka Podujana Peramuna — a political vehicle of the Rajapaksas, Sri Lanka’s most influential political clan. The hawkish Gotabaya, who served as the tough-talking secretary of defense in his brother’s government, has been an early front-runner. The 70-year-old has benefited from the well-oiled political machine that seeks to restore the Rajapaksa dynasty.

His main rival is Sajith Premadasa, a cabinet minister in the incumbent coalition government and candidate from the New Democratic Front. The 52-year-old Premadasa entered the campaign late, but has narrowed the gap with Gotabaya. He is the polar opposite of his rival — a youthful, accommodating moderate who exudes optimism. Premadasa is also leaning on his own political pedigree as the son of former President Ranasinge Premadasa, who was killed by Tamil Tigers rebels in a 1993 suicide attack.

What are the pressing issues?

The Rajapaksas are trying to woo voters longing for a strongman. The clan is playing on their strengths, such as national security, since Mahinda was president when the rebels were defeated in May 2009, ending nearly 30 years of civil war. Gotabaya is also trying to leverage the nation’s anxiety over the Easter Sunday bombings in April that killed more than 250 people and injured 500 — the worst attack in a decade.

Premadasa has been running a grassroots campaign, addressing hot issues such as social welfare and programs for the poor. He has played the inclusiveness card to try and win the backing of the country’s main linguistic and religious minorities — Tamils, Muslims and Catholics. These blocs comprise the country’s decisive “floating vote,” which is estimated to be 20% of the 16 million registered voters.

What is of vital importance?

Sri Lanka is at a crossroads. This election will test whether the country wants more of the freedoms and democracy that increased after the defeat of the strongman Mahinda in January 2015, or see these gains rolled back.

But the vote also takes place amid a climate of discontent. Bitter infighting and inconsistent policies over the last five years have squandered the government’s political capital, sapping the economy and creating a longing for decisive leadership. It is a stark choice, shorn of the usual ideological divides in one of Asia’s oldest democracies, which has held regular elections since 1931.

Who is the favored candidate?

Sri Lanka does not have credible national pollsters to gauge voter sentiment. But there have been a number of informal polls that show three likely scenarios: a resounding victory for Gotabaya; a slim, first-count victory for Premadasa, meaning securing over 50% of the vote; or a second-count victory for either, in which the two front-runners receive votes from people who marked them as their second choice.

To secure more votes, Gotabaya is courting the ultranationalist Sinhalese-Buddhist majority found mainly in rural areas. But Premadasa is not ceding the countryside, taking the battle to Rajapaksas strongholds with promises of better housing and vows to boost local economies, both hallmarks of his father’s presidency.

What is the impact overseas?

The winner will determine Sri Lanka’ geopolitical stance in the Indian Ocean. A victory by Rajapaksa could see the country revert to a decidedly pro-Beijing slant, since Mahinda opened the door to Chinese investment in the form of billions of dollars of loans, grants and investments to develop the economy. In doing so, he allowed China to gain a foothold in this strategically important region.

A semblance of neutrality has been restored over the last five years, with India, Japan and the U.S. all gaining influence in the security sphere, while China maintains an edge on the economic and development fronts. A Premadasa victory will likely see the status quo maintained.