A collective of artistes, academics and civil society activist has come together to provide a joint platform  for all opposition political parties that campaign for the abolition of executive presidential system. The first mass rally of the collective ‘Paravsi Balaya’  ( පුරවැසි බලය Citizen’s Power)  will be held at 3 pm on Tuesday, December 2, at Hyde Park, Colombo. The theme of the rally is ‘Escaping the Trap’ (උගුලෙන් ගැලවෙමු). 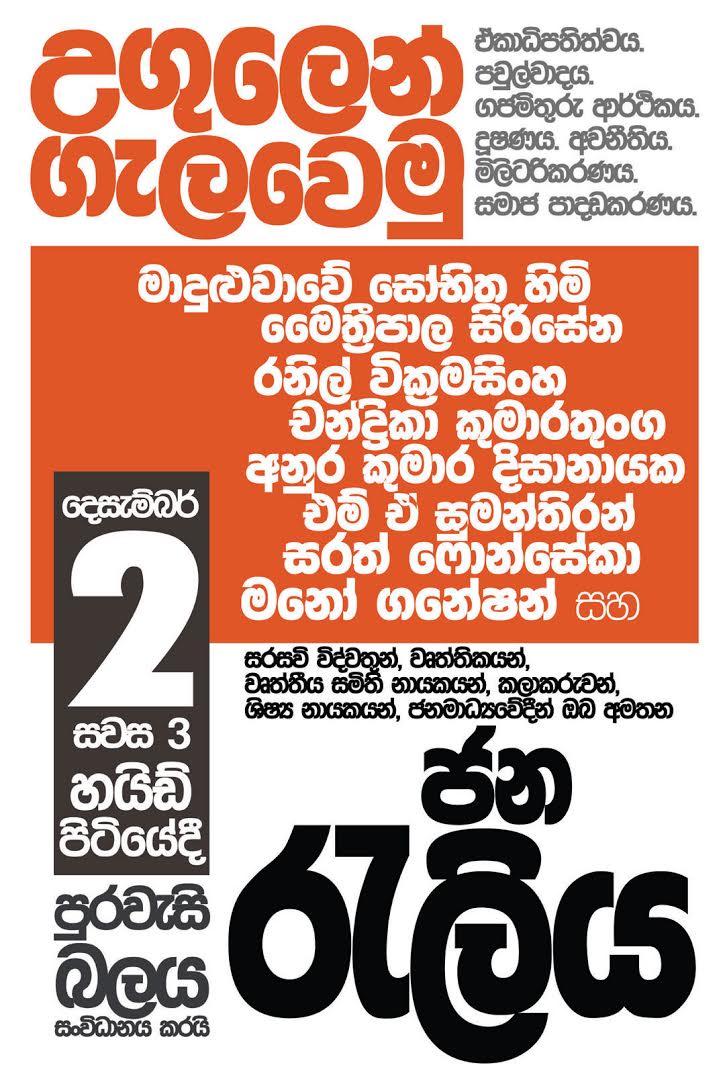 An activist of the Puravasi Balaya told SLB that they will hold few more such meetings around the country. A poster campaign has been already launched.