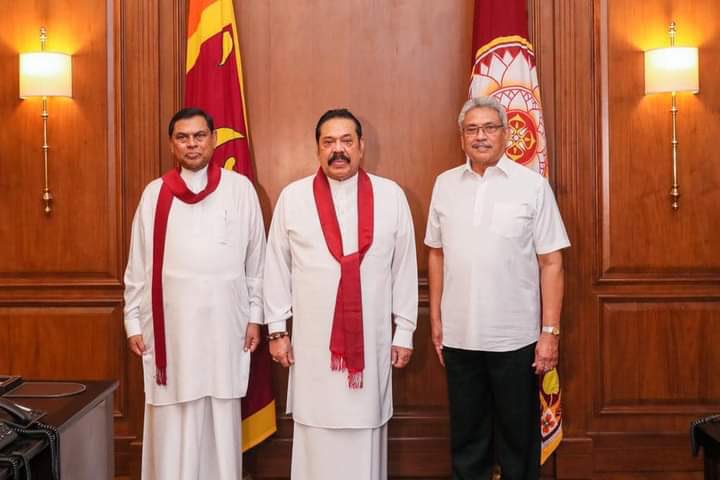 Waves of brutal police violence directed towards trade union leaders, students, fishermen and farmers in Sri Lanka this week underscored a deadly purpose on the part of the State. It was no accident that the clothes of female protestors were torn, that the media was shoved while covering these ugly scenes and even white haired peaceful demonstrators were roughly lifted and shoved into police vehicles.

A chilling message sent to dissenters

On the contrary, the precise intent of the (Rajapaksa) Deep State now firmly in the seat of the ruling establishment was to send a chilling message. ‘This is how you would be treated’ is the unmistakable signal to dissenters. Not only was force far beyond a reasonable extent used but also the police summarily sent those arrested off to remote quarantine centres after they were granted bail. This was absent any assessment by public health personnel. There was not even a semblance of adherence to applicable legal norms. What the police and ‘public security’ handlers mocked were the courts, the judges and Sri Lanka’s legal system.

Thus, Public Security Minister Sarath Weerasekera’s claim that any blame regarding the arrests of protesters should be laid at the door of the Director General of Health Services (DGHS) who had ‘prohibited’ public gatherings and not the police, is highly contemptible. This is tantamount to using a global pandemic to intimidate the citizenry. In fact, this claim is not traceable to any source except a passing casual reference to a ‘letter’ by the DGHS in a release issued by the police Media Division. Is this now the way that the law is being enforced, through police media releases?

Reference to any ‘ban’ is conspicuously lacking in any of the covid prevention guidelines issued by the DGHS. Meanwhile Regulations gazetted under Sections 2 and 3 of the Quarantine and Prevention of Diseases Ordinance on October 15th 2020 only state that face masks must be worn at all times in ‘public places’ and a distance of one meter must be maintained. In fact, one must ask with reason if the DGHS is deaf, dumb and blind to the numerous violations of this directive by politicians when they hold their numerous events, jostling one another, be it at religious events or swearing in of Ministers?

Unequal treatment results in law not being obeyed

Where this week’s protests were concerned, it became a fracas only when the police stepped in to break up the placard-holding, masked demonstrators. This is blatantly unequal treatment that invites public contempt. In any event, it is simply not up to any health official to just issue a blanket ‘prohibition’ or ‘ban’ of a basic right. Constitutional rights (expression, assembly and association) can be restricted only reasonably and proportionately. Our law books are full of instances where the Supreme Court has firmly enforced this command including a classic ruling upholding the right of Prime Minister Mahinda Rajapaksa to protest as an opposition parliamentarian at the time.

The Court (per MDH Fernando J) reminded that ‘”Stifling the peaceful expression of legitimate dissent today can only result, inexorably, in the catastrophic explosion of violence some other day.’ Decades later, this remains salutary advice to passing politicians and their pitiful minions strutting in the limelight. For when a Government directs the public to observe health guidelines despite breaking every rule in the rulebook, when health officials become caricatures and do not command public confidence, no obedience will ensue to any directive or guideline.

Yet these cautions do not seem to hold sway with this regime. Indeed, only a Government entirely insensible to reason would permit the violation of rights of peaceful demonstrators when the nation faces its most acute financial crisis since independence. At this very moment in time, a vital export preferential privilege (EU GSP Plus) hinges on the nation’s adherence to the Rule of Law. What is precisely in issue are the protection of rights of expression, assembly and association in order to qualify for that privilege.

Livelihoods of thousands of our workers and indeed, the stability of our disastrously freewheeling currency rests on the continuation of this facility. It is sheer madness to let marauding police officers run riot with peaceful protesters at this exact time. But possibly such concerns are of no consequence to the political leadership. It is not politicians who will starve after all when the economy collapses despite pundits who preach otherwise. That is the path that we are on now absent significant course correction by the Government. Merely fiddling around with amendments to the Prevention of Terrorism Act (PTA, 1979) in the hope that the EU will relent on its warning to withdraw the preferential trade privilege will not do.

That said, opposition parliamentarians who danced with the devil (metaphorically speaking) of systemic State abuse during the ‘yahapalanaya’ years without taking concrete action in emblematic cases, must stop their incessant moralizing. They too are to blame for this nation’s plight. Some even have the audacity to say that the ‘yahapalanaya’ proposed Counter-Terror Act (CTA) was ‘bad’ in its original formulation but thereafter became ‘better’ with amendments.’They must be speedily disabused of such ingenious misrepresentations.

This is just another not very clever way of shrugging off their responsibilities. There was nothing very original about the United National Party (UNP)’s CTA draft which reflected parts just cut and pasted from the West’s anti-terror laws. If the reasoning is that the PTA cannot be just amended but must be replaced wholesale, that very same logic holds true of the ‘yahapalanaya’ inspired CTA. The final product of that exercise was not something that was ‘better than the PTA’ though it was shorn of more egregiously obnoxious clauses in later stages.

This nation’s plight is a collective responsibility

Even so, what remained was still an exceedingly problematic draft as observed in these column spaces, ‘Applauding the draft CTA is akin to a merry drunk dancing at the edge of a cliff’, the Sunday Times, March 10, 2019). The danger in ‘whitewashing’ the draft CTA was that vague and general prohibitions continued in the final version. One classic illustration was ‘wrongfully’ compelling the Government to do or abstain from doing any act (Clause 3 (1) (b) brought in as an ingredient of the primary offence of ‘terrorism.’ This was just one of several other broadly defined offences.

These were variously titled ‘other offences associated with terrorism’,‘specified terrorist acts’ and aggravated criminal acts associated with terrorism.’ If this draft had become law, such expanded powers would have spelt doom for activists, critics and others. Similarly dangerous was the enhanced authority that the CTA proposed to confer on Deputy Inspector Generals of Police (DIGs) to issue Detention Orders. Ironically, if the CTA drafting process had not been limited to ‘oversight committees’ and eager propagandists pushing the exercise for all it was worth while blissfully being ignorant of manifold risks, its end result may have been different.

Regardless, opposition parliamentarians formerly of the UNP or coalition partners such as the Tamil National Alliance (TNA) cannot claim the moral platform in the face of Rajapaksa excesses. When they point three fingers at the Government for not taking action on state impunity, one finger points back at them. Indeed, this is part of a familiar pattern of tomfoolery at play. One set of jokers come into power who proceed to mess things up as much as they can. They are then succeeded by a worse set of rogues who push the country over the abyss.

We are thereafter asked to summon our confidence in the earlier set of charlatans who have (unconvincingly) reinvented themselves as moralizing upholders of good governance. Assuredly this is a perfidious cycle from which we must break free, at least to call out hypocrisy when that is so needed.