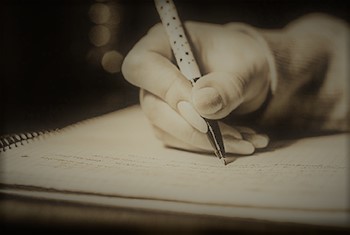 Almost exactly five years after starting this column. I will end it before it is ended. The non-publication of the column a week into the new Presidency was a reminder that the space enjoyed by writers to critique political power from January 2015, is now under threat. One must be empathetic with publishers and Editors. A columnist is easily replaced, and once gone, soon forgotten. Loss of advertisements. revoked licenses, vandalised or destroyed presses and the whipping up of widespread public anger or agitation against critical content. no matter how factual. are much greater problems, best avoided. The decision to stop writing is also personal, as much as it is inextricably entwined with the political moment.

My Editor of five years. Manik de Silva, is currently the country’s oldest and most senior person to hold this office. What started as a professional relationship, and years ago, a formal interview for public TV on an erstwhile talk show I hosted, has morphed into a much closer association between your writer and his Editor. Manik is – to a point of fault – measured in tone and expression, capturing with great economy a sentiment others would need more time, words and patience for. In these years I have written to the Sunday Island, continuing the good fortune I’ve had with all my Editors over two decades of public writing, Manik’s edits were. in the rare instance I noticed, stylistic and grammatical in nature – never censorious because of political sensitivity or sensibility. Some columns resonated personally to a degree that moved him to send an email to me on the merits of what I had penned. I have no email from him about pushback I am sure lie must have got in response to some of what I wrote, even at a time and in a context where the critique of President or government wouldn’t have resulted in censorship, or far worse.

After enjoying the quality of this relationship, and the space it provided for unbridled expression. unrestrained capture and unquestioned framing. Manik’s impending retirement is as good a reason as any to stop this column. A good Editor becomes for long-term columnists a symbol and Ambassador of a publication’s core audience and its values. Bereft of this literary weathervane, firewall against more violent pushback and the certainty of reasoned feedback, writers are at a significant loss to pitch and project writing intended for public consumption. What then soon and irrevocably results in is a quality of writing that is timid, and thus, entirely unappealing – words meant to fill a page. Finally, new Editors are rarely adventurous. Coupled with all publishers now navigating new topographies of political allegiances, it is just too much of a burden to keep lines in the sand in mind when penning a column. I would much rather stop writing when it becomes more a burden than pleasure than continue in some formulaic manner just for the sake of doing it.

Writing on the 13th of December 2015, I ended my first column by noting that “silence is not an option” and that “a critical gaze can only help cement, well beyond [the yahapalanaya] government, what so many of us on January 9 [2015] at Independence Square, witnessed with hoarse wonder, and hopeful eyes”. The column was openly critical of the Sirisena-Wickremesinghe government, at a time when many were drunk on the dregs of what was the former government’s dalliance with global admiration. The sheen was beginning to wear off, and to blame were those elected into office then – not those who are, in 2019, back in control. A week later. I looked at public governance and how new approaches to very complex, systemic problems in other countries could inspire more effective and efficient government in Sri Lanka. In the final column that month, I looked at how a prominent UNP MP took it upon herself to mete out her own brand of justice to someone accused of an extra-marital affair with one of her staff members. I noted then that “the litmus test of Sri Lankas democracy isn’t around dealing with crimes against humanity or war crimes. It is anchored. to seeing the violence that pervades governance for what it is, and resolutely rejecting it”.

In close to 260 columns since then, I’ve tackled violence, democracy, policy, governance, foreign relations, the social and religious fabric, media reform, literacy, social media’s regulations and evolution. web content, political communications, election campaigns, new forms of propaganda, computational manipulation of public conversations, various manifestations of hate. incitement to violence, crafty media and political architects placing at risk our democratic institutions. new threats to governance and a disparate selection of political developments from a unique vantage point observing – at a wider and deeper scale than most – often damning and occasionally delightful digital, discursive dynamics and designs. Never a dull week, in five years. Columns that have resonated the most have been those I’ve thought would be the least appreciated, or resonant with a wider public. In time, I gave up trying to guess what the reaction to what I penned for Sunday would be – it was never what I expected, and often, pleasantly surprising. At Keells or more randomly at shops, lobbies and once – quite bizarrely – in a remote, foreign cafe over a coffee – readers have offered their take on what I’ve noted. I’ve been the most dismissive of those who have agreed with me, and have had far more memorable conversations with the thrust and parry of wit with those who care enough to talk with me about what they think I get wrong, noting why.

But I fear the space for this is also diminishing apace. A new culture, inspired by the tone, timbre and thrust of recent political campaigns, foments and celebrates immediate reaction over thoughtful response, emotion over intellect and telegenic fever or froth over more reasoned, principled or civil engagement. All this requires writers to be far more tolerant of and oblivious to insidiously engineered public anger. threats and violence that’s digital in nature but now never far from sudden or sustained physical expression. A decade ago, I would have revelled in the possibilities for creative expression faced with both a context and culture hostile towards criticism of governance, government and goons. Now, faced with the formidable challenge of finishing up doctoral research and associated writing, the added burden of having to deal with shrill, inane or asinine content and commentary – sadly now the norm on social media – is just too much.

Stopping this column isn’t to suggest I will stop engaging with political dynamics. There are other forms and platforms for critical reflection and the resistance to authoritarian and majoritarian revanchism. Dissent is now a weed to newly cultivated political terrains. Reclaiming the need and space for its growth will not be easy, quick or effective if just pegged to ways already roundly discredited in the public imagination, and chiefly by those projected as somehow the voice of the UNP, TNA or JVP. Critical columnists who are utterly convinced of their enduring ability to shape public conversations risk the ignominy of irrelevance, even as they continue to be published in the manner they have. A few allowed to write, under a regime that knows the limited resonance and travel of their ideas, risk becoming convenient examples paraded by the government on how vibrant the freedom of expression in Sri Lanka is whenever more sinister violence is meted out against a critical individual or institution. Strategic, carefully framed engagements with those opposed to as well as, very importantly, entirely partial to the new political dispensation and its attendant optics requires a different modus operandi. Columns may not be the way to cement traction to critical ideas. A more personal and private approach, fomenting long-term relationships with disparate groups based on the value of reasoned debate, in turn anchored to evidence and data, is where I will be increasingly found.

I have, since December 2015, endeavoured to present what I have discovered, write on what has troubled me and explain what I have studied. The failure to capture attention or communicate is my own. Any success in kindling the Imagination, even if it has been to oppose me on principle, is entirely to Manik de Silva’s credit — allowing me, as he has countless others over many decades in journalism — the space to grow in the public gaze. and fora brief moment in time, enjoy’ the privilege of writing to inform, interest, inspire and influence. For this, I am grateful to him.

And for patiently reading me, over all these years. I remain in your debt.