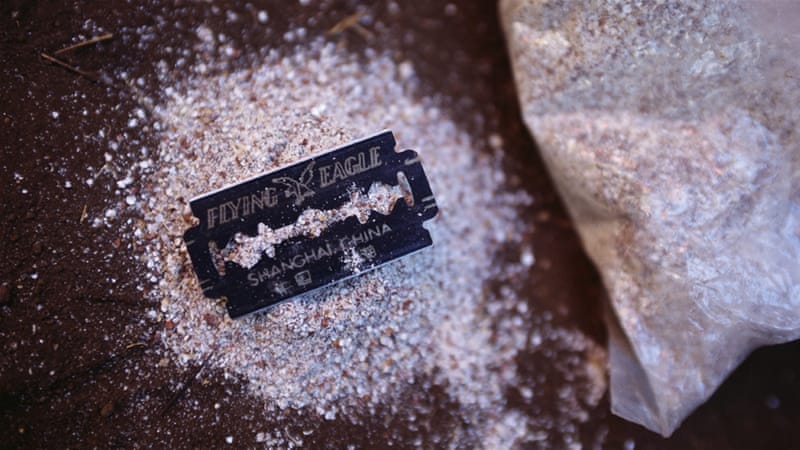 Image: FGM is practiced by a number of Muslim communities in Sri Lanka [Louise Gubb/Getty Images]

For decades, female genital mutilation (FGM) has been practiced in Sri Lanka. However, to those outside the practicing communities, this information elicits shock and disbelief. Secrecy about FGM in Sri Lanka is both imposed and internalised. Women who have experienced FGM strongly fear retaliation for speaking out. There is a lack of freedom to discuss, question and explore alternative views within practicing communities.

In December 2017 a news story broke the public silence on FGM, opening a contentious debate. Spokespersons for some sections of the Muslim communities in Sri Lanka confirmed the practice of cutting but have taken pains to make a distinction between FGM and “female circumcision”. They argue that what happens in Sri Lanka is “just a nick” of a girl’s clitoris that does not constitute mutilation. This distinction is not recognised by the World Health Organisation ; the types of FGM it classifies include forms described as “just a nick”.

Based on personal testimonies of women, our work shows that FGM is practiced within the Moor, Malay and Dawoodi Bohra ethnic communities in Sri Lanka.

The practice appears to vary regionally, and there are clerics who denounce FGM, those who promote it, and also those that say it is mandatory. This means there are also sections of the communities abandoning the practice, with some reporting that FGM is diminishing with each generation and could possibly die out. Some women are opting to not get it done to their daughters or pretend to have it done to save face within their families and communities.

What is Female Genital Mutilation or FGM?

The form and conditions under which the genital cutting happens are varied. Moor and Malay women speak of a practice done at 40 days after birth by an “Osthi mami”, a medically untrained woman who carries out the “ritual”. Shaving blades are used and there is no mention of sterilisation. What exactly is nicked and how deep the nick is is left to the untrained “Osthi mami” to decide. Blood is drawn and sometimes ash is sprinkled on the wound.

Dawoodi Bohra women describe experiencing cutting at age seven, usually by medical professionals. Some have recounted traumatic memories of the procedure, of being pinned down on tables, feeling pain between their legs and feeling pain when passing urine for days after.

Some mothers have expressed regret with hindsight at having done this to their children. For others, it has strained their relationships with parents. A 27 year-old Sri Lankan woman who got herself medically examined as an adult, found part of her clitoris and labia had been cut when she was a child. Another woman testified to experiencing pain during sexual intercourse as an adult, due to nerves being exposed when she was cut as a child.

There is no established medical benefit, even of hygiene, that justifies the cutting of the clitoris or  labia of young girls.

Proponents of FGM claim the WHO has not studied local practices, arguing that the local form of the practice somehow does not cause harm and, on the contrary, is beneficial – an argument for which no medical evidence has been presented.

It is hard to deny that the “local practice” involves interfering with the genitalia of a child who is unable to give informed consent. The clitoris matures to have a high concentration of nerve endings in a small piece of flesh. Given this, even if the clitoris is only minimally or accidentally injured, scar tissue develops and it can affect the ability of the woman to experience pleasure normally.

That FGM is done to control a woman’s sexuality is well documented and echoes the narratives of Sri Lankan women we have spoken to between the ages of 25 and 60. These women have bravely testified to the lasting harm and trauma caused by their childhood experiences of being cut, despite great fear about the social and personal consequences of doing so.

Supporters of FGM have been loud and vehement. They are community gatekeepers who hold power and authority and are often male. Their insistence on the cultural practice is an attempt to trump the voices of women saying they have been hurt and don’t want it done to any other child. There are also women who say the cutting has not affected them.

The latest argument of some proponents of FGM has been to say that the practice as described in the recently publicised excerpts of testimonies is not in line with the cultural practice they promote, and should in fact be “done properly”. Their attempt to medicalise or regulate the practice would not undo the physical and psychological harm done to girls and women.

FGM proponents’ debates on the methods and extent of cutting also distracts from the central fact that the practice of FGM is a violation of the rights of a child as protected by national and international law. The Muslim clerics in Sri Lanka who denounce the practice of cutting also highlight the issue of protection of children, along with their calls to respect the perfection of God’s creation.

Women have started to speak up on the issue and have approached state authorities to lobby them to take action. FGM is a public health issue, but it is also a child abuse issue. Sri Lanka’s Penal code criminalises any form of “grievous hurt” and genital cutting clearly falls within that definition. However, the women affected are calling for FGM to be recognised as a specific criminal offence. This will address the reluctance of law enforcement officials to take action on what they see as a private matter for families or a “cultural practice” of a specific community.

The pushback to women’s advocacy raises important questions about whose voices we privilege in debates around cultural practices and women’s bodies. While debate is a healthy process of exchange of information and views, vilification of and threats against women who raise the issue of FGM are simply attempts to silence them and must be condemned.

Women are reaching out for state protection because the problem of FGM is not an issue they are able to resolve within the community due to the overwhelming resistance from powerful interests that do not recognise their suffering. Banning FGM could help women resist harm to their daughters and protect the reproductive and sexual health of the future generations of women in Sri Lanka.

The views expressed in this article are the authors’ own and do not necessarily reflect Al Jazeera’s editorial policy.