Federalism in Sri Lanka: Dayan Jayatilleka Vs Chandrika Kumaratunga; Who is right? 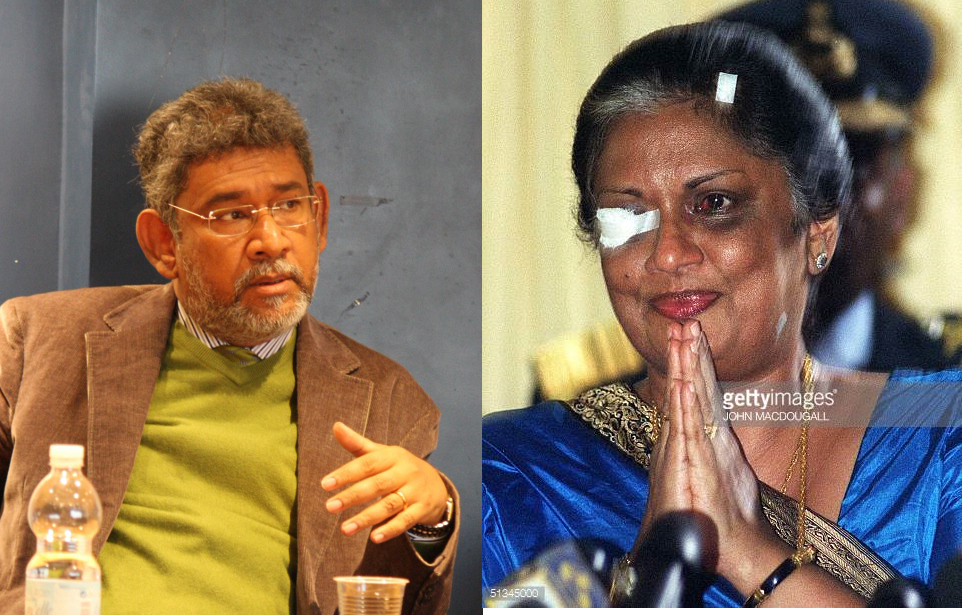 “The mother of the new, non-unitary constitution is Chandrika Bandaranaike Kumaratunga. This was what two publications with a largely Tamil readership, the Uthayan and the respected Tamil Times (London) published in 1994, quoting Wasantharajah, soon to be President Chandrika’s appointee as Chairman Rupavahini:

‘Chandrika replied as follows: “…The present provincial council system is useless…The word ‘federal’ has been abused in the past. Therefore we will avoid that word and implement devolution in a meaningful manner. The country can be divided into five units of devolution, and wide powers can be granted to them. It will be possible to find a solution to the ethnic problem by bringing the North and the Tamil areas of the East under one unit and giving it the necessary powers”. ’ (Tamil Times, 15 July 1994)”

Writing in the same news paper just 13 years ago, and 10 years after the CBK’s interview quoted above this is what Dayan Jayatilleka wrote.

” All viable Tamil strategy has to be in the explicit context of an independent, sovereign, united (but not necessarily unitary), democratic and free Sri Lanka. These are non-negotiable core values and attributes of the State, which the South must not, cannot and in the final instance will not compromise on. The Tamils must realize this. What is negotiable is the form of the state: federal, quasi-federal, silently agnostic, devolved and regionally autonomous. The Sinhalese must recognize that unity can be preserved only at the cost of the unitary.”  (The Island 31 Oct 2004)

….”Secondly to push it to an explicit platform of federalism, not Tamil Eelam: Federalism will secure international support while the latter will not, and may antagonise the Sinhalese, pushing them to tilt tacitly to the Tigers, just as Vardharajaperumal’s UDI did.”

If we go back to history a little more  we can find Jayatilleka even justifying the Tamil militant armed struggle thus:

…”This unfortunately has drawn significant layers of the proletariat into the reactionary consensus. My purpose then is to make two points:

(a) The armed actions in the North are not terroristic and alien to Marxism-Leninism but are in fact typical of an early stage of a protracted peoples war of national liberation.

(b) These actions are very much in the authentic tradition of the Bolsheviks under Lenin.”  ( 1982, Lanka Guardian)

So the question is  that if Jayatilleka was wrong then how cam he be right even now?