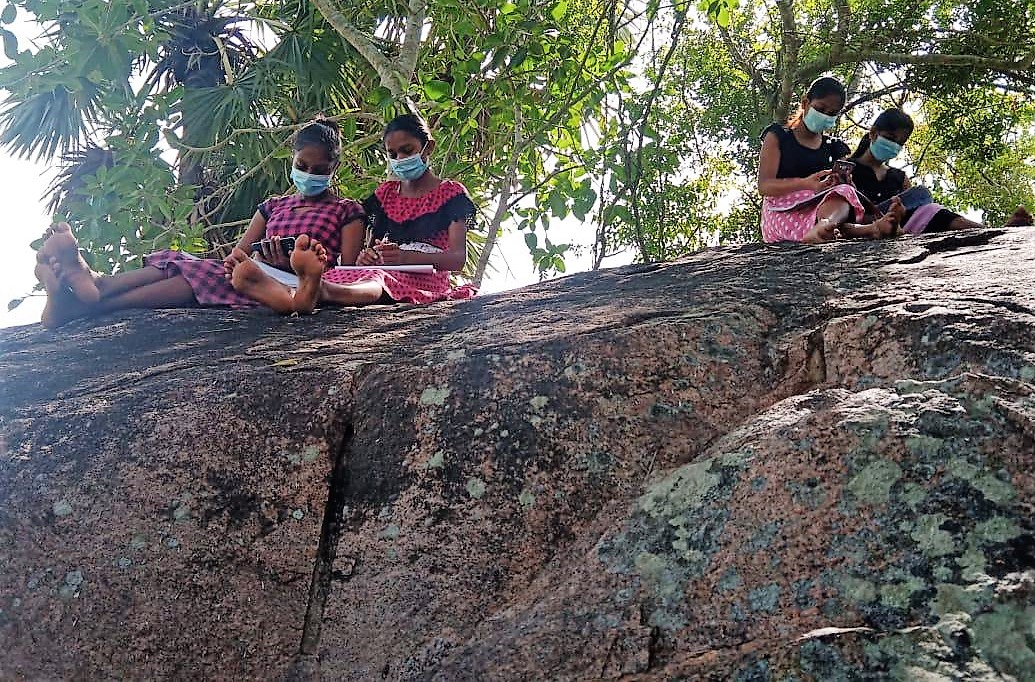 Tweeter Image: the curse of online education in Sri Lanka.

Following is the statement issued by Joseph Stalin, General Secretary of the Ceylon Teachers Union:

Although school children have been deprived of education for more than a year and three months during the Covid 19 epidemic, online education has become the only option  provided by the authorities. In fact more than 60% of the children have completely lost their education due to this process. However, the Ministry of Education on 17.06.2021 instructed the Provincial Education Authorities to set up Regional Education Centers with 10 computers or tablets as a program to provide education to children in areas where there is no online education facility.

The Minister of Education stated that education will be conducted from Grade 1 to Grade 13 through e Thaksala ( e-learning) and that 65000 lessons have been conducted through it so far. He also states that 200,000 students participate in e Thaksala every day. There are about 4.3 million children in grades 1 to 13 in the school system, of which only 200,000 are educated through e-Thaksala, which is a clear indication of its failure and the loss of education for children.

The failure and irresponsibility of the responsible officials, including the Secretary of Education, is evident in the fact that the Ministry of Education has not set aside such deceptive magic and not resorted to other distance education methods without clinging to failed online education. Online education is just one of many distance learning methods. It has also become failed process, subjecting children to intense stress and various illnesses. In such a situation, the Ministry of Education should take immediate action to provide education to students who have lost their education by resorting to other distance education methods, the Ceylon Teachers’ Union states.

State Minister of Education Piyal Nishantha also stated at the media briefing that the discussions are underway with banks to provide bank loans for teachers to purchase computers. However, the previous government allocated money from the budget to provide free tablet computers to A / L students and teachers. It is questionable what happened to the money so allocated to provide a computer for Rs. 26,000.00. The current government’s lack of interest in education is reflected in its focus on providing computer loans to teachers instead of providing them with computers free of charge.