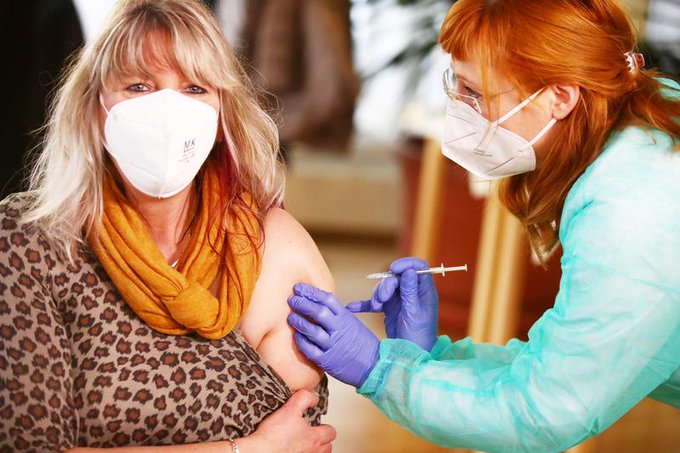 (Reuters) – The European Union officially launched its mass COVID-19 vaccination programme on Sunday with the goal of making shots available to all its adult population by the end of 2021.

Germany’s BioNTech has sent an initial 12.5 million doses of the vaccine it developed with U.S. drugs giant Pfizer to EU countries. In total, the 27-country region of 450 million people has negotiated contracts for over two billion doses of vaccine from various suppliers.

Non-EU countries including Britain, Switzerland and Serbia have already started vaccinating their populations.

Following are plans for the wider European rollout:

An initial 150,000 doses have been delivered to allow authorities to start the first vaccinations in care homes for the elderly, with further doses due later in the week.

The Harz district in the state of Saxony-Anhalt gave some care home residents the jab on Saturday with the main programme starting on Sunday. Over two million doses – enough to vaccinate more than one million people under the two-dose regimen – will be delivered by the end of the first week of January.

The French campaign kicked off in the Paris region with a 78-year-old woman in a long-term care unit of a public hospital receiving the first shot.

Three health workers at the Rome Spallanzani hospital were inoculated early on Sunday. A total of some 480,000 doses are expected to arrive in coming days for administering at 300 sites across Italy, including from temporary solar-powered healthcare pavilions in town squares.

A 96-year-old residential home resident and an auxiliary nurse became the first people in Spain to receive a COVID-19 vaccine on Sunday at the facility in Guadalajara, near the capital Madrid. The country will receive 350,000 doses per week of the vaccine starting Dec. 26.

In Poland the first five people, all employees of the Central Clinical Hospital of the Ministry of the Interior in Warsaw, were the first to be vaccinated. The hospital is due to vaccinate some 250 to 300 of its employees on Sunday, with shots also starting in other hospitals around the country.

The first batch of 10,000 Pfizer/BioNtech vaccines arrived this weekend but the Netherlands will not start vaccinating until Jan. 8 with the first jabs going to care home workers, home care nurses and those caring for the disabled.

Vaccinations are expected to begin on Dec. 28.

Sweden and Norway are each expecting an initial batch of 10,000 shots. Norway will focus on deploying them in nursing homes. Denmark expects to have enough shots initially to vaccinate the 40,000 people in nursing homes, followed by those with high risk of illness or healthcare staff. Iceland will receive 10,000 doses around New Year.

The first shots on Dec. 27 will be given to frontline health workers from five big hospitals: two in Lisbon, two in Porto and one in Coimbra. About 80,000 Pfizer/BioNTech vaccine doses will be delivered by the end of the year.

Hungary started vaccinating healthcare workers on Saturday, a day earlier than in most other countries in the European Union. It received a first shipment of vaccines that will be enough to inoculate 4,875 people, state news agency MTI said.

In Austria, three women and two men over 80 were the first people to receive the vaccine in Vienna on Sunday morning in the presence of Austrian Chancellor Sebastian Kurz.

In Bulgaria, vaccinations started simultaneously in several hospitals in the capital Sofia and cities of Plovdiv and Burgas after the first batch of 9,750 shots arrived on Saturday.