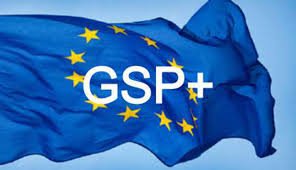 GSP+ stands for Generalised Scheme of Preferences Plus. It is part of the EU’s wider GSP regulation, which also includes the standard GSP and Everything But Arms (EBA). GSP+ allows eligible countries to pay no duties on a wide range of exports to the EU.

The countries currently benefiting from GSP+ are Armenia, Bolivia, Cabo Verde, Kyrgyzstan, Mongolia, Pakistan, Paraguay, the Philippines and Sri Lanka. GSP+ status is dependent upon the ratification and implementation of 27 international conventions on human and labour rights, environmental protection, and good governance. The scheme helps vulnerable countries “assume the special burdens and responsibilities resulting from the ratification of these conventions”.1

Yes. In July 2016, the Sri Lankan government applied for GSP+ status. Its application was successful and it became a beneficiary of the programme on 19 May 2017.

Does Sri Lanka has previous experience with GSP +

Why did Sri Lanka lost GSP +?

The EU’s decision to withdraw GSP+ benefits from Sri Lanka was based on the findings of a European Commission investigation that identified shortcomings in the implementation of three UN human rights conventions:2

2. Convention on the Rights of the Child (CRC);

For each convention, the EU noted significant issues. In regards to the CAT, for example, the EU noted that Sri Lanka had a strong record of adopting legislation to criminalise torture, but found that there remained “widespread” use of torture by the police and armed forces. 3

Before suspending Sri Lanka’s GSP+ status, the Commission notified the country of the shortcomings. It then set out a six-month time period for Sri Lanka to address the issues. However, Sri Lanka’s former government failed to respond to the Commission’s requests. No other GSP+ beneficiary has lost its status because of non-compliance.

However, two beneficiaries of the standard GSP programme have had their statuses temporarily withdrawn due to “serious and systematic violations of labour rights”. 4 The EU suspended Myanmar in 1997 and Belarus in 2006. Myanmar regained its GSP status in 2013 due to demonstrated reform efforts, but Belarus is yet to regain its status.

In January 2017, the European Commission recommended to the European Parliament that Sri Lanka regain its GSP+ status. In explaining its decision, the Commission highlighted the political transition that had begun following the 2015 presidential and parliamentary elections in Sri Lanka. The Commission stated that the key grounds for its decision were 1) the political will displayed by the current government and 2) the steps it had taken toward restoring democracy, good governance and respect for human rights.5

No. The EU is clear that entry into GSP+ does not mean that the country’s implementation of the 27 required conventions is fully satisfactory. Instead, the EU sees GSP+ status as a way to encourage further progress towards the full implementation of those conventions.6 GSP+ thus serves as a platform for the EU to engage with the countries on problematic areas.

“Granting GSP+ to Sri Lanka […] is a vote of confidence from the European Union that the Sri Lankan Government will maintain the progress it has made in implementing the international conventions. At the same time, no one is pretending that the situation is perfect”.

A delegation of the European Parliament made an official visit to Sri Lanka in November 2017, where it expressed concern. The delegation noted that the “progress achieved has been slower than originally hoped, but that the foundations for that progress were now mostly in place”. 7 The delegation stated that a number of important issues still need to be addressed, in particular revisions of the Prevention of Terrorism Act were required.

To remain eligible for GSP+, Sri Lanka must continue to make clear progress towards the implementation of the required conventions. It must also carefully follow the  GSP+ monitoring process.  5

If Sri Lanka continues to make the necessary progress, it will be able to benefit from GSP+ until it achieves Upper Middle Income country status. Based on current development trends, the EU suggests that Sri Lanka will be eligible for GSP+ until at least 2021.8

How important is the GSP+ for Sri Lankan economy?

The EU is Sri Lanka’s largest export market. It accounts for almost a third of the country’s exports. In 2016, the total value of trade between the two countries amounted to almost €4 billion, and EU imports from Sri Lanka reached €2.6 billion.9 Textiles accounted for nearly 60% of EU imports that year. 10

The removal of import duties provided a total of immediate benefits worth more than €300 million a year. If Sri Lanka uses GSP+ effectively to diversify its economy, the economic importance of the scheme could be even greater.

2 European Commission, “Report on the Findings of the Investigation with Respect to the Effective Implementation of Certain Human Rights Conventions in Sri Lanka”, 10 October 2009.

6 Delegation of the European Union to Sri Lanka and the Maldives, “The EU Grants Enhanced Market Access for Sri Lanka as a Reform Incentive”, Colombo, 16 May 2017.

8 Delegation of the European Union to Sri Lanka and the Maldives, “The EU Grants Enhanced Market Access for Sri Lanka as a Reform Incentive”.