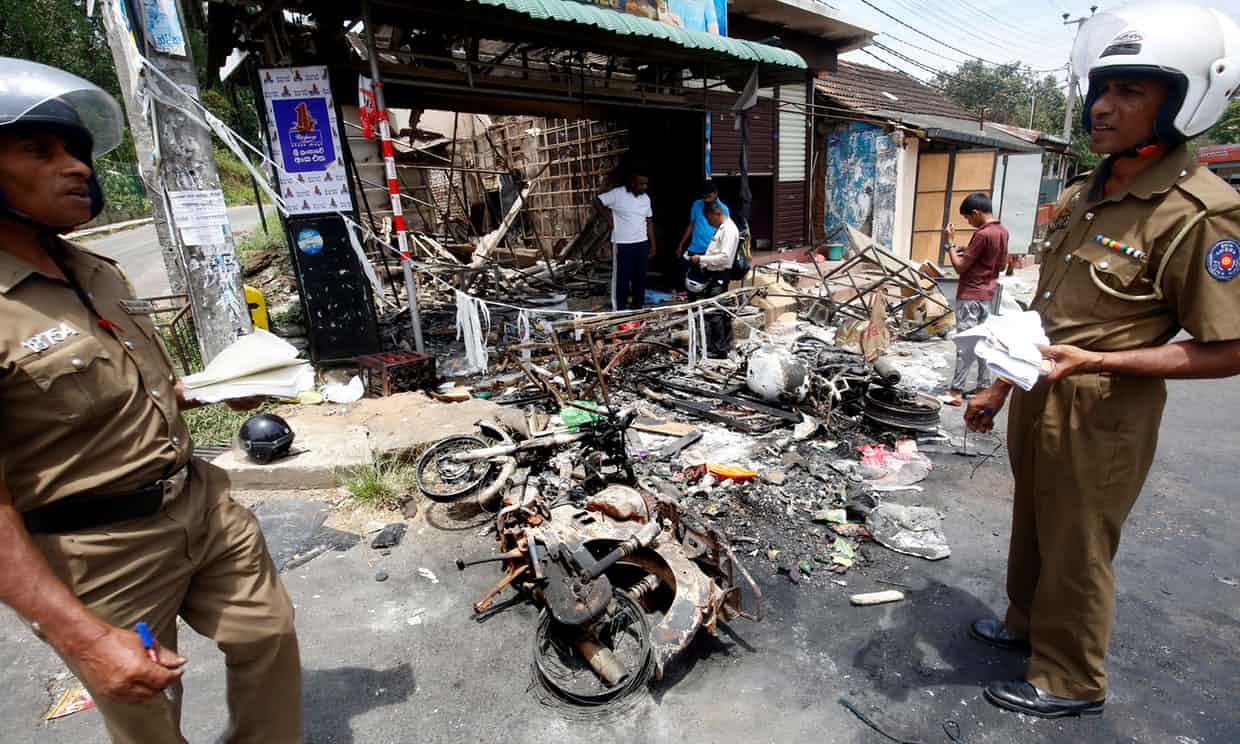 For many Sri Lankans, Facebook is the internet, but while the social media platform has belatedly taken action on hate speech wider society must also take responsibility

“Kill all Muslims, do not spare even an infant, they are dogs,” a Facebook status, white Sinhalese text against a fuchsia background, screamed on 7 March 2018. Six days later – after hundreds of Muslim families had watched their homes ransacked and their businesses set on fire – it was allowed to remain online, despite being reported for violating the company’s community standards.

Facebook’s role in the anti-Muslim violence in Sri Lanka this March cannot be overstated. Posts spreading blatant misinformation about the community, inciting hate and violence, remained online for days after they were reported. This was one reason why the Sri Lankan government banned Facebook in March.

To some Sri Lankans, Facebook is the internet. Affordable data packages, from mobile service providers who have identified its popularity, allow people across the socio-economic spectrum to access the platform. As its user base has grown and continues to grow, so has the likelihood of it being misused by those seeking to divide and harm.

Though it is difficult to determine when it started, hate speech and content inciting violence towards minorities has been thriving on Facebook in Sri Lanka, long before the posts linked to the violence in March.

The constant stream of divisive, abusive content is a result of the deeply entrenched ethno-nationalist biases informing mainstream media, law enforcement, party politics and political leadership in the country. In addition, postwar narratives endorsed by the state, that herald military victory over terrorism, have been sweepingly reinterpreted as the majority’s dominance over a minority; spurring on those who believe in “protecting” the country that is solely “theirs”. These old divides and perceptions, sewn into the country’s social fabric, are now updated for the digital age on Facebook.

Violence by sections of the majority community against minorities forms a large part of Sri Lanka’s history, in a pattern that repeats itself with startling precision. A common factor in all of the violence is successive governments who are afraid to call out and condemn extremist ethno-religious nationalism for the toxic influence that it is.

Focusing on Facebook’s role in the violence should not be an excuse to sideline what spurs it on; the virus of extremist Sinhala-Buddhist ethno-nationalism that sees little to no condemnation from senior Buddhist monks or political leaders.

The assertion from senior government officials, therefore, that the ban on Facebook put a stop to the violence is inaccurate. Data scientists and researchers have flagged that the block on social media did little to deter the mobs, who found their way around it with ease. While not entirely blameless, Facebook also became an easy scapegoat.

In the immediate aftermath of the violence in March, Facebook representatives met with members of government and promised to better address the hate speech that the platform had been used to spread. In further communications with local civil society, they have promised to increase the number of Sinhala-language content reviewers. This is something that local activists, who have been documenting the generation and spread of and engagement with hate speech on the platform, have highlighted for years. While it is yet to be seen how these commitments will play out, they still signal long-term action from only one of the responsible parties.

It’s easier to push Facebook to take down a violent post than it is to interrogate the deeply racist Sri Lankan “identity” that the extremists claim to represent – one that leaves out large parts of the population. It’s quicker than questioning the actions and inactions of the leaders of the religion the extremists claim to represent. It’s simpler than examining the constitutionally protected “foremost place” that Buddhism enjoys in Sri Lanka.

Anti-minority violence in Sri Lanka cannot be curtailed solely with the faster removal of content inciting hate and violence from Facebook, as the government would like to believe. The violence in March carried on for long as it did for reasons that have gone unaddressed for decades – the complacency, and complicity, of law enforcement when faced with certain perpetrators and the inability of the state to condemn the actions of these repeat offenders.

Facebook has a responsibility to ensure that a user’s experience on its platforms is protected by the terms laid out in the company’s community standards. At the same time, the government of Sri Lanka has a greater responsibility to protect the rights of its citizens, especially those who are the most vulnerable.

One of the two key actors allowing hate speech to seed and grow in Sri Lanka has done the bare minimum in acknowledging its failings; it is about time – indeed several decades overdue – that the other did the same.