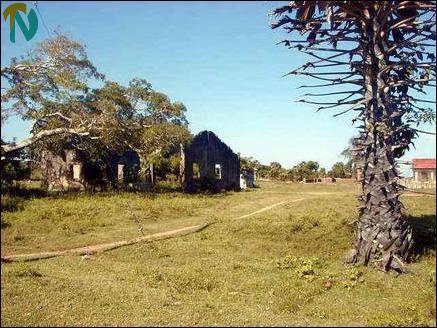 Witnesses to February 1996 brutal massacre of 24 Tamils by the occupying Sri Lanka Army (SLA) at Kumarapuram vilage in Trincomalee, have been sent summons to appear in Anuradhapura High Court situated in predominantly Sinhala district on Monday, more than 16 years after the genocidal massacre. “This gang rape and massacre of innocent civilians, including children and women, forms part of a system evidence of Genocide against Eezham Tamils,” a lawyer from Trincomalee told TamilNet commenting “justice delayed is justice denied.” Many of the witnesses are poor labourers who do not know Sinhala. The witnesses have also been threatened by the SL military not to appear in the Courts, the sources further said.

“This is a move to close the case without proper trial” a leading Tamil politician in Trincomalee told TamilNet.

“When there is a High Court in nearby Trincomalee and the witnesses from Kumaarapuram, many of whom are poor labourers who do not know Sinhalese have been asked to appear at the Anuradhapura High Court on Monday,” he said adding that the Tamil National Alliance (TNA) parliamentarians have urged the witnesses to appear at Anuradapura courts.

A large group of SLA personnel from the Ki’liveddi camp, incensed at the killing of two SLA soldiers at 58th Milepost junction at Ki’iveddi, massacred 24 persons on that day.

The villagers there were farmers, mainly agricultural labourers. The main road from Moothoor to Ki’liveddi Mukaththuvaaram runs through this village.

During the late nineties massacres of Tamils were common and villagers ran towards Allai Tank and hid behind the trees. Few people stayed at home.

All the victims, who stayed back in the village, were shot dead.

Two of the victims were girls who were gang-raped by several Sinhala army men before they were slain.

One of the victims was 16-year-old girl Arumaithrai Thanaluxmy who was hiding in a nearby shop, on her way back home with her 8 year old brother. She was dragged to the nearby milk collection centre and gang raped by the military.

SLA Captain Kumara shot her dead and asked as to why he did that, he stated at the inquest that she was badly injured with bite marks and was in such bad state that he did that.

7 among the 22 injured were children including 2 year old Moses Antony Joseph and 4 year old Kidnan and 6 year old girl Maheswaran kuventhjini. One Nagarasa lost his eyesight as a result of the shooting.

The villagers had identifeid eight of the SLA men as the perpetrators of the massacre.

Of the twenty soldiers arrested by the SL Police immediately after the massacre the SL Attorney General had indicted nine with the murder of 24 Tamil civilians.

One of the accused died after being indicted. Despite the nature of the crime, all the remaining accused were enlarged on bail.

124 witnesses contributed to the non-summary proceedings which, was heard in January 1998.

All together 120 charges including murder, attempted murder and unlawful assembly were made against the accused.

The case against the accused soldiers has since been pending in the Trincomalee High Court awaiting trial.
TN