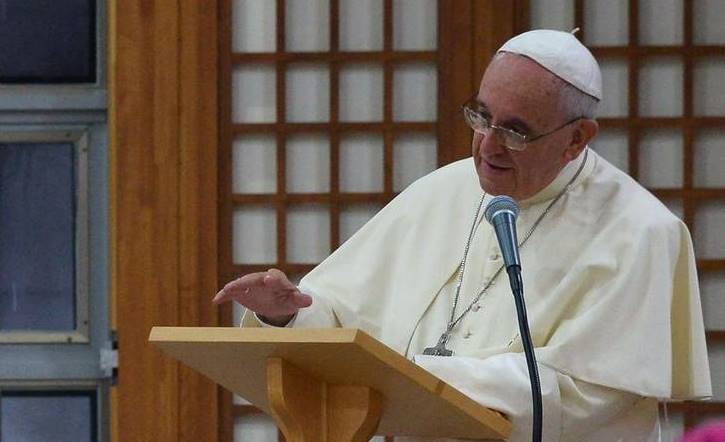 Paolo Affatato/Rome
Bodu bala extremistThe relationship between Sri Lanka’s Catholics and Buddhists is on the rocks. Sri Lanka. Francis will be visiting the island in January 2015, his second Asian destination after Korea. Once the news of Francis’ trip got round, movements of radical and ultranationalist Buddhist monks verbally attacked the Pope, setting a dangerous media propaganda campaign in motion. Vatican Insider learnt that a group of monks stormed a meeting that was organized by the Missionary Oblates of Mary Immaculate, hurling violent insults and threats against participants.

These radical Buddhist groups – whose actions are fuelled by fervent nationalism coloured by faith and culture – have been targeting Muslims and also Christian Evangelicals and Pentecostals for some time now. These religious groups are seen as advocates of a strong religious proselytism. Now, these groups seem to be targeting Catholics as well. This has sparked concern among bishops, civil authorities, the Nunciature of Colombo and other European embassies ahead of the Pope’s visit.

One of the monks who will be giving Francis a particularly cool welcome, is Galagoda Atte Gnanasara. Galagoda Atte Gnanasara is leader of “Bodu Bala Sena” (“Buddhist Power Force”) a monastic organization which has grown in reputation and become increasingly popular among the island’s 20 million inhabitants (75% of whom are Buddhist) in recent years. No sooner had the Holy See confirmed the dates of the next leg of Francis’ Asian tour (Sri Lanka from 12 to 15 January and the Philippines from 15 to 19 January), than the monk issued a hostile statement to the media declaring: “Pope Francis must apologise to Buddhists for the atrocities committed by Christian colonial governments in South Asia. I am waiting to see what the Pope will say about the crimes committed here.” Sri Lanka was under Portuguese, Dutch and British colonial rule between 1505 and 1948.

Bodu Bala Sena has emerged as a worrying presence in Sri Lanka in recent years and is accused by many of “inciting violence”. This climate of hostility and revenge is based on a historical memory that has been manipulated in order to spread hatred and this could be problematic for the Argentinian Pope’s pilgrimage. Anti-Christian propaganda spreads easily via the web as well as via traditional mass media and is concerning civil authorities who – with the Holy See’s approval – are preparing the detailed programme of the Pope’s visit. As Sri Lanka’s bishops announced, the Pope should visit the Sanctuary of Our Lady of Madhu, which is situated in the Tamil area and has always been a place that symbolizes reconciliation between the island’s two ethnic groups, the Sinhalese and the Tamils. These groups had been engaged in a bloody civil conflict. Buddhist radicals openly support the Sinhalese and so they see this visit as an insult which should be strongly condemned.

This climate has given rise to another incident which is causing growing concerns, Louis Lougen (the Superior General of the Oblates of Mary Immaculate, one of the biggest Catholic missionary Congregations) told Vatican Insider. On 4 August, a group of violent Buddhists carried out an illegal raid on the Centre for Society and Religion in Colombo where missionaries – priests, nuns, lay people, human rights activists, lawyers and embassy representatives – were holding a peaceful meeting.

The aim of the meeting was to pinpoint methods and strategies for helping the families of missing people – this remains an open wound in the wake of the civil war – locate their loved ones. The centre, which is led by OMI missionary Stephen Ashok, has been helping civil war victims for years. The extremists broke into the building, prevented the meeting from continuing, insulted participants and threatened to demolish the centre. They wanted to intimidate families and discredit the Oblate missionaries (whom they see as “traitors of the country”) and the Catholic Church. The local police intervened but were of little help, missionaries say. Police officers came up with abstruse excuses and reasons for not doing anything.

“The Oblates of Mary Immaculate have been present in Sri Lanka for more than 170 years; they have helped build a Catholic Church in this country and are proud of their support to all the island’s citizens.” Louis Lougen says this in a letter, which calls on the government to take decisive action to guarantee the rights and freedoms of all citizens regardless of their religious faith. The letter also recalls that when Pope Francis received Sri Lanka’s bishops during their ad limina visit, he commented on the crucial role of the Catholic Church in bringing reconciliation to the country.
–Vatican Insider