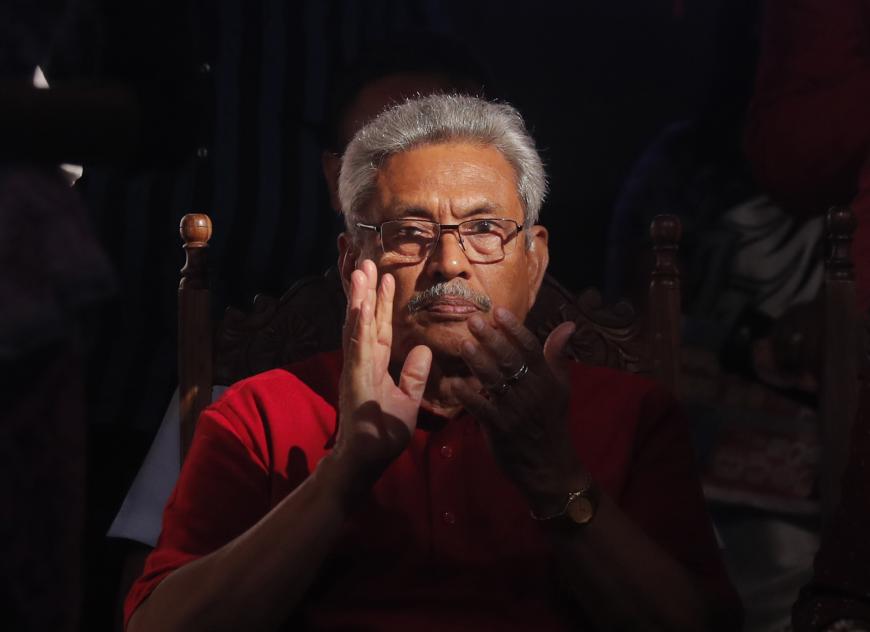 A crime suspect, Kosgoda Tharaka, who was shot dead by the police recently, was handed over to the Peliyagoda Police Crimes Division on an order issued by President Rajapaksa a  document submitted to the court reveals.

His mother questioned the reason for the sudden transfer and expressed her fears of her son being killed.

Acting upon the president’s order, Kosgoda Tharaka was transferred to the Paliyagoda Police Crime Division where he was killed on the same day or early next morning. He was taken out on the pretext to obtain hidden weapons and killed in a “fake encounter”.

Police report to the court says that he tried to shoot at the police and police had to kill him in self-defense.  Read the relevant section of the police report here: 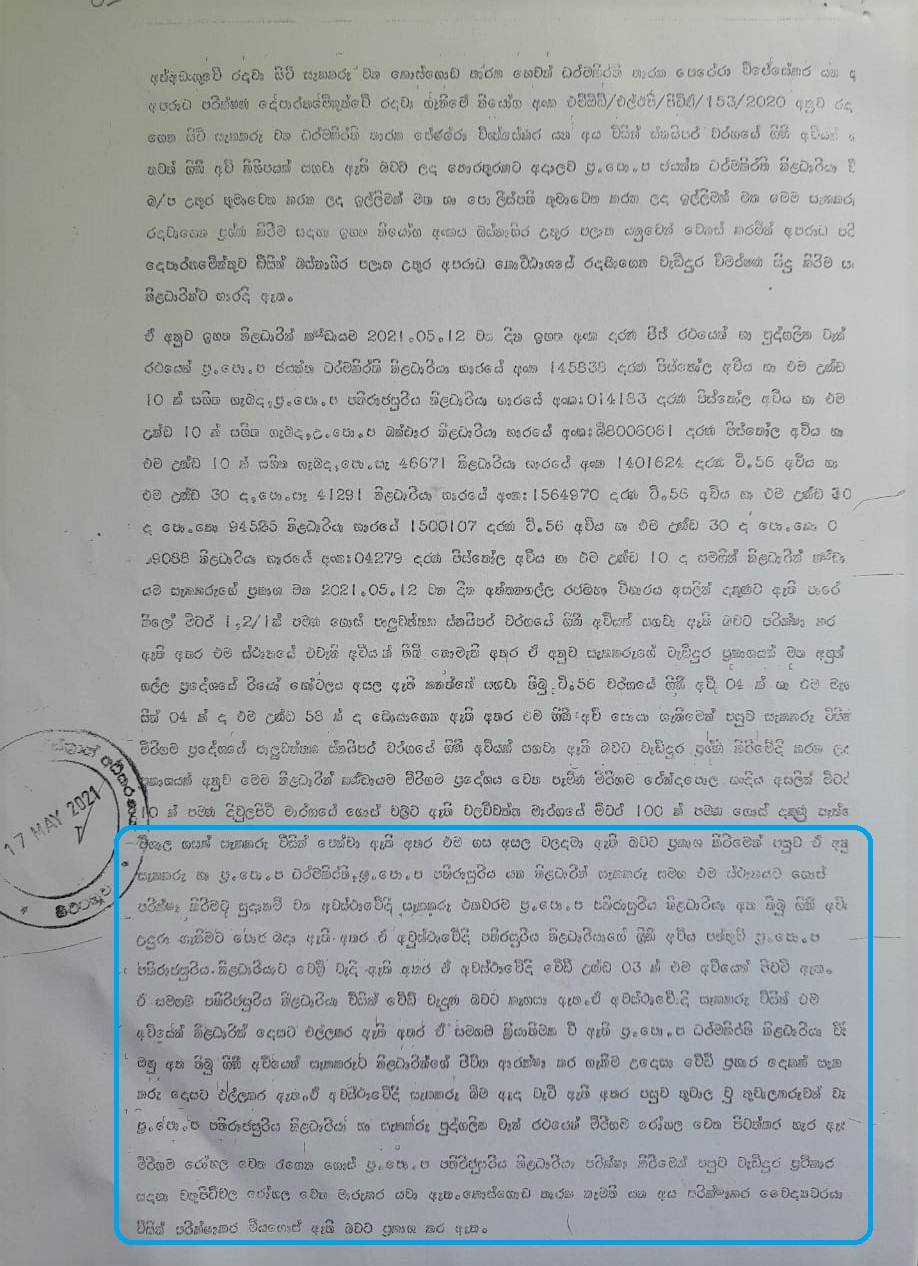 Issuing a statement on the killing, the Lawyers for Democracy said that “this is no doubt plain murder, and it is time that action is taken to put a stop to this type of barbaric actions by the state. These acts are a serious challenge to rule of law in the country.” 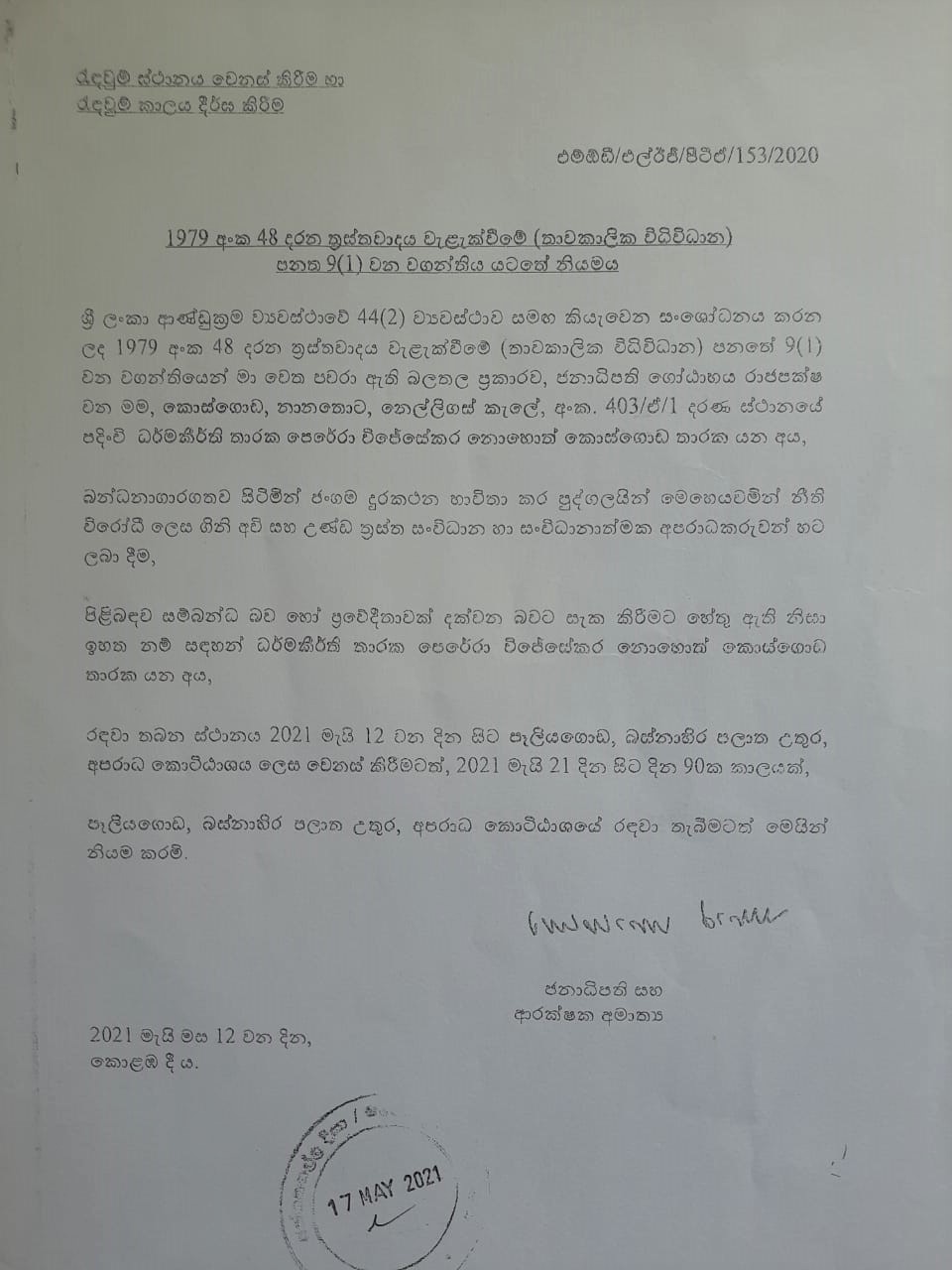 President Rajapaksa has stated that Tharaka is organizing criminal activities from prison as the reason for the transfer. However, he was not detained at the prison at the time of the transfer but at the CID.

Therefore, the reason given by President Rajapaksa for the transfer of Kosgoda Tharaka to the Peliyagoda Crime Branch is confusing.

The CID was the official place of detention when Kosgoda Tharaka was transferred on the orders of President Rajapaksa. The detention order issued on Tharaka was to expire on 21st May only.

On May 12, his mother, who feared her son would be killed by the Peliyagoda Crime Division, requested through her lawyer the IGP and the Human Rights Commission to protect Tharaka’s life. Attorney-at-Law Anoj Hettiarachchi states that the transfer was made abruptly.

The letter sent to IGP as follows:

The suspicion of his mother that he was transferred to the Peliyagoda Crime Division in order to kill him was confirmed on the same day or day after.

Meanwhile, the media had reported that Kosgoda Tharaka Podi Lasi had stated that they would assassinate President Rajapaksa a few months ago.

The report is as follows:

Attorney-at-Law Senaka Perera, the Chairman of the Committee for the Protection of Rights of the Prisoners, has lodged a complaint with the Police Commission alleging that the IGP was responsible for the death of Kosgoda Tharaka.

‘The police act as the crime investigator for all citizens of Sri Lanka. Accordingly, the Sri Lanka Police is empowered by the Criminal Procedure Code, the Police Ordinance and other statutory laws to carry out these criminal investigations in a proper and efficient manner. Accordingly, when initial information or complaint is received about a possible crime or crime that has to take place, it is necessary to pay attention to that incident or relevant information and act quickly and enthusiastically.

Accordingly, Attorney-at-Law Anoj Hettiarachchi has written to the IGP on 12.05.2021 requesting him to pay attention to the death threats made against Tharaka Dharmakeerthi Wijesekera Alias Kosgoda Tharaka who was in police custody on detention orders. However, the suspect was killed in the Mirigama area that night.