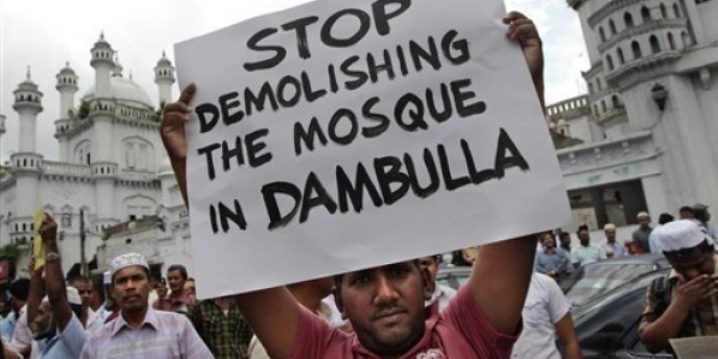 A small explosive device has been thrown into Hairiya Jumap Masjid mosque in Dambulla by an unidentified person last night.

However, no no injuries or damage reported due to the incident, Police sources confirmed Asian Mirror. Police have still not arrested any suspect in connection with the incident.

Khaira mosque in Dambulla was at the centre of a controvesy two years ago with several Buddhist groups calling for its demolition. The Buddhist groups claimed that the mosque in located in a sacred area that was exclusive only to Buddhists.

Riots broke outside the mosque with over 1,000 protesters led by Buddhist monks staged a demonstration calling for the demolition of the Masjidul Khaira mosque in Dambulla.

Meanwhile, commenting on the matter, Minister of Industry and Commerce, Rishad Bathiudeen, strongly condemned the attack on the mosque. “I Strongly condemn last night’s attack on Hairiya Jumap Masjid,” Bathiudeen tweeted a short while ago.
photo and the story form AsianMirror