“Exert pressure on Sri Lankan authorities to cease its vengeful campaign of repression against protestors”, CTU rights to EU 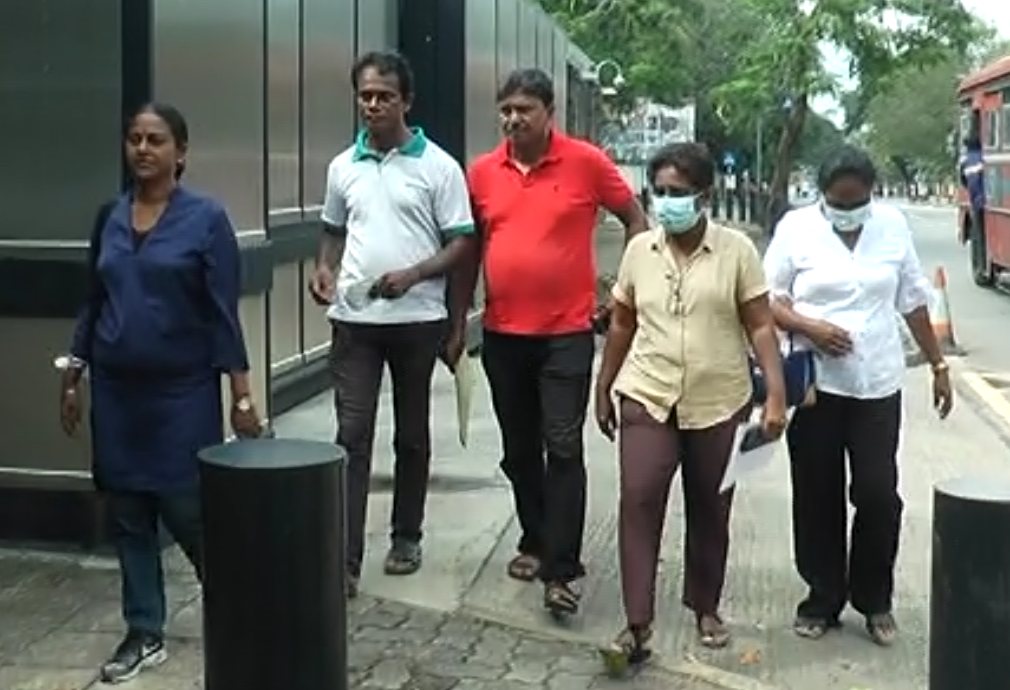 Writing a letter to European Union with regard to the arrest of its leader Joseph Stalin Ceylon Teachers Union says has urge them” to exert pressure on Sri Lankan authorities and call on the Government of Sri Lanka to cease its vengeful campaign of repression against the CTU leader Joseph Stalin, and all the peaceful protestors who are now being hounded and prosecuted for exercising their democratic right to protest.”

Arrest and imprisonment of the General Secretary of Ceylon Teachers Union

Dear Sir,
We, the Ceylon Teachers Union (CTU) which is the oldest and largest trade union in the
education sector in Sri Lanka, are writing to bring your attention to the arrest of CTU General Secretary and prominent trade unionist Joseph Stalin, in Colombo on August 3rd 2022, who was later remanded until August 12.

As you may be well aware, Sri Lanka is currently facing a dire economic crisis, where people are facing hunger, immobility and other immense strains as a result of years of government corruption, mismanagement and incompetence. For the past four months, people have been engaged in peaceful protests asking the governments responsible to resign and leave room for leaders who can rightfully claim a popular democratic mandate to govern.

Joseph Stalin is one of the most eminent trade union leaders in Sri Lanka and he has been at the forefront of many struggles for democratic rights and freedoms of all marginalized groups in general and workers in particular. As such, he has also been engaging in the ongoing protests in collaboration with other trade unions and peoples’ movements.
The government of Ranil Wickremesinghe, which has no mandate from the people, has
accelerated the crackdown on these protests by launching a wave of arrests. Dozens of
protestors have been surveilled, threatened, arrested, abducted, assaulted and imprisoned for their participation in protest actions. In continuation of a repressive policy adopted by many previous governments, trade unionists and left-wing leaders have become the main targets of this repressive measures. Joseph Stalin’s arrest on Wednesday and remanded on Thursday after being held in a police station for 24 hours without being produced in courts, exemplify these repressive policies.

We strongly believe that there is no valid basis for his arrest, when hundreds and even
thousands of people also attended the same protest that Joseph is now being arrested &
penalized for. It is especially ironic when consider the fact that even the current Director
General of trade unions appointed by President Ranil Wickremesinghe recently, had also
been one of the leading attendees of this particular peaceful protest march took place on May 28.

For decades, Joseph Stalin has worked as a trade unionist & human rights defender
promoting equality, freedom and justice for the most vulnerable groups in Sri Lanka. He was arrested last year as well, for campaigning against militarisation of higher education and also demanding that teachers’ wages to be increased to reflect the challenges of the times, ending a 24 year long salary anomaly that has been deliberately neglected. He has been actively participating in many struggles for the rights and freedoms of workers, students, and ethnic minorities.

Joseph is an internationally recognised trade unionist who has rightfully earned high
reputation, both nationally and internationally, for his selfless commitment and dedication to defend rights of the people, a fact that was acknowledged by many including Ms. Mary
Lawlor, the UN Special Rapporteur on the Situation of Human Rights Defenders, who
tweeted on August 3rd, that “The work of Human Rights Defenders like Joseph has been more important than ever in in recent weeks & must be supported, not punished.”

Moreover, Sri Lanka’s current President Wickremesinghe himself stated in July 2021, when
he told the Parliament of Sri Lanka as a member of opposition that “Joseph Stalin is an
internationally recognized trade union leader. Because of Joseph’s arrest, we could lose
GSP+ relief.”

Hence, we urge you to exert pressure on Sri Lankan authorities and call on the
Government of Sri Lanka to cease its vengeful campaign of repression against the CTU
leader Joseph Stalin, and all the peaceful protestors who are now being hounded and
prosecuted for exercising their democratic right to protest.