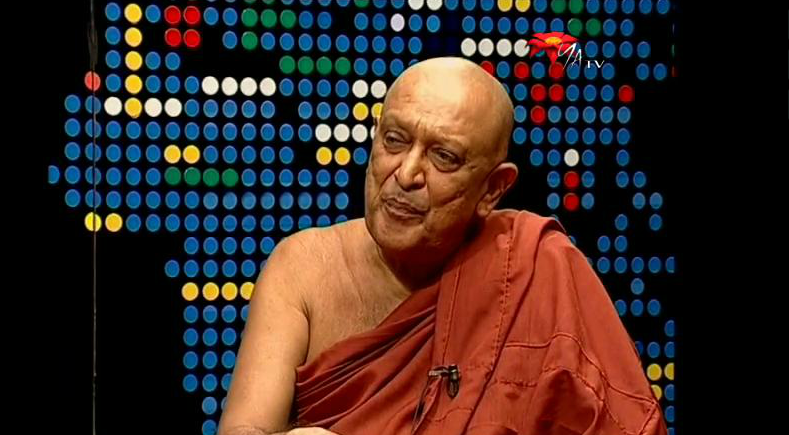 Q: What role will you play in today’s common opposition rally at Hyde park?

The National Movement for Social Justice (Sadarana Samajayak Sadaha Wu Jathika Wiyaparaya) does not support any political party. We started this movement as citizens of this country who have a right to protest, while demanding a justifiable society, a law abiding rule and a country to live in, without bribery and corruption, where good governance is practised. We invite all political parties including the government and the opposition, nationalities and religions to join us, as no one should be against a justifiable society.

Q: What are your views on the present political situation?

The government is appointed by the people. We have a right to force the government to move on the right path. Mistakes are committed by those in power and it is our duty to point out those mistakes and direct the government along the right path. The reason for these mistakes could be attributed to the prevailing weak opposition in our country, which fails to do their duties properly. The United National Party (UNP) has turned out to be one where the members are fighting among themselves. This is one of the reasons for the country to deteriorate – the main reason being the constitution introduced by the late President J.R. Jayewardene in 1978. If a country is to have a good government, there should be a proper constitution. The Executive Presidency which was introduced by the 1978 constitution has repeatedly been proved to have dire consequences for the country. Reforming the constitution is of no use, without dismissing the Executive Presidency which is like a cancer.

Q: Do you think that law and order in Sri Lanka has declined due to the Executive Presidency?

Q: What are your views on the political activism of Buddhist monks in Sri Lanka?

I am against party politics. However I believe we should engage in national politics for the welfare of our country.

Q: Are you planning to play a much bigger role in Sri Lankan politics?

Till national politics in the country succeeds to abolish the Executive Presidency and a new constitution suitable for the country is established, our movement will continue to mobilise public support.

Q: There is speculation that there is a group promoting you as a candidate for the next presidential election. How true is this?

I have no objective to enter politics and Buddhist monks have never become kings of this nation though they have contributed to the making of kings.

Q: What are your views regarding the mushrooming of temples in Sri Lanka? Do you see this as a revival of Buddhism?

Such activities would not bring any gain for any religion and therefore they should be stopped by the law. Nothing good will happen by constructing Buddha statues and crosses at every roadside. We must remember that Buddhism is a practice of principles.

Q: What are your views regarding former Army Chief Sarath Fonseka?

He has a right to participate in politics and no one should oppose it.

Q: Do you think the judiciary is independent in Sri Lanka at the moment?

No. Because of the Executive Presidency all high-level appointments of the Supreme Court are made by the president, and therefore they could be seen as political appointments.

Q: Do you think that the rule of law has declined due to the Executive Presidency?

Yes, very crucially. The independence bestowed by the 17th amendment to the constitution on the Police, the Public Services Commission, the Elections Commission and the Commissions on Bribery or Corruption have been politicised to a large extent.. So we request for the independence of these institutions.
By Jayashika Padmasiri
Oct 20, 2012
Source: Daily Mirror – Sri Lanka