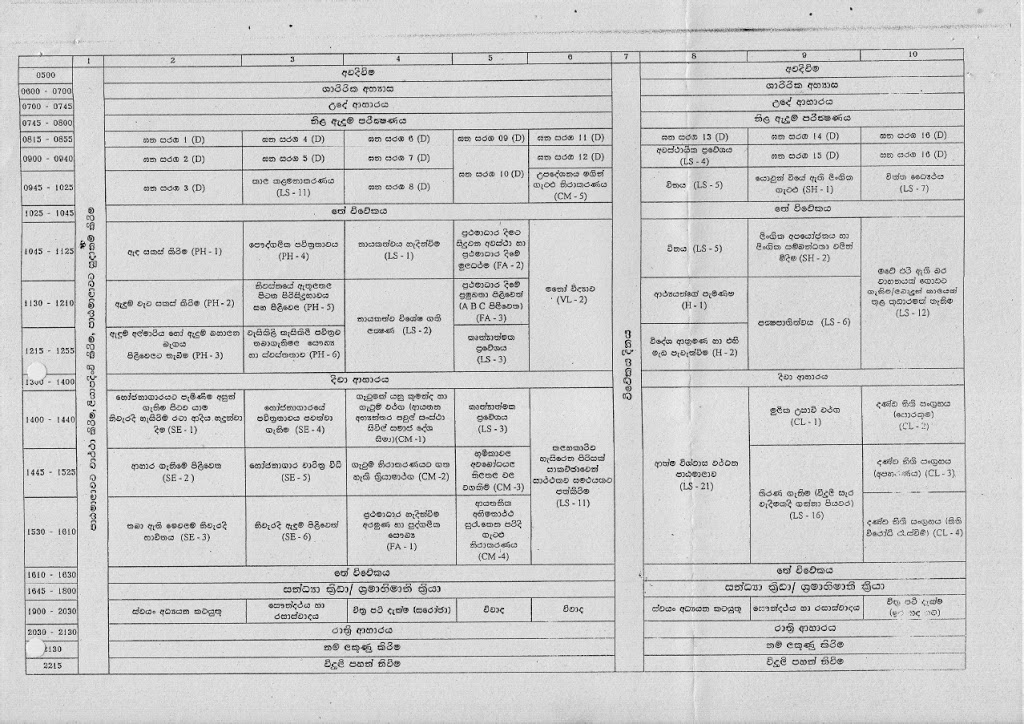 Great controversy and concern surrounds the ‘leadership’ training programme designed by the Ministry of Defence for under graduate students, conducted in around 28 military installations around the country. As the Young Researchers Collective recently noted on Groundviews,

“Although the government has stated that this will be a leadership training program rather than a military training program, it has conceded that the military will be involved in a number of aspects of the program. Students have also been informed that this training is “mandatory” for university entrance, though there now appears to be a great deal of confusion with regards to this provision as Government officials have issued a series of contradicting statements. These decisions have also been challenged by many students, rights groups, student unions, teachers’ unions and academics who have raised a number of concerns about the way in which this program has been conceived and implemented. This issue has also exacerbated a worsening crisis in local universities as the Federation of University Teachers’ Associations (FUTA) are also in the midst of trade union action.”

Other civil society groups have also raised grave concerns over this training which is essentially the indoctrination of a militaristic Sinhala Buddhist ideology. The Friday Forum for example notes,

“The curriculum of the training programme obtained by the Friday Forum after some effort reveals extremely problematic aspects. No mention is made of the authority responsible for the curriculum but a prominent photograph of the Defence Secretary on the cover of the study guide suggests authorship by the Defence establishment.”

The Friday Forum goes on to say,

“What is more problematic is the content of the module on history and national heritage. The topics are, in order, the arrival of the Aryans, foreign invasions, (who the foreigners are is not clear) and the development of Sinhalese kingdoms. “National heritage” focuses exclusively on prominent cultural symbols of the majority Sinhala community such as Sigiriya, the Temple of the Tooth and the Aukana Buddha statue with none from other communities. Subjecting new university entrants who may well become future leaders of this country to a course which focuses exclusively on the majority community, undermines all the official statements on national reconciliation after three decades of civil strife. If this is an officially sanctioned method of national reconciliation what hopes do we have for a peaceful conflict free future in this country?”

In a cogent essay on the training course, Lemek notes on this site,

“The political motivations of the leadership programme are quite clear when we consider that it is essentially a retributive reaction to the student protests that occurred in October and November 2010. It also provides an opportunity for the government to restrict the political influence of opposition parties within the university system and student politics, which presents a potential force of mobilisation against the government.”

Responding to the justification of the programme by those opposed to ragging, Lemek goes on to aver,

“The other issue that has received much attention is the problem of ‘ragging,’ which has developed into an institutionalised practise within a majority of universities. Perhaps a greater tragedy is the complicity of lecturers and other university officials who in complete indifference accept ragging as a ‘rite of passage’ within a hierarchical system of senior dominance over freshers/juniors. It is sufficiently amusing – in consideration of the egalitarian pretence of boot camp society – that the instruction of an alternative hierarchical system with a similar call for subordination is the solution to ragging. Is it exceedingly ambitious to request the chancellors and senior lecturers of universities to set about establishing intelligent administration in order address the issue by expelling students who are guilty of physical abuse? “

This is not just a domestic issue anymore. Capturing the concern over the substance of the leadership programme and the manner in which it is conducted, the Hindustan Times notes,

“Be it Mahinda Chintanaya, or what the government’s policy doctrine is know as, or name stadiums after the President or print currency notes with his photo, there is worrying trend to blitzkrieg the Lankan population with images and words about the ruling family. If his brother is having some fun, why should Gotabhaya miss out? Secondly, to focus only on one community in history is manipulating it. Though I haven’t seen the history module, it’s clear from Friday Forum’s statement that the module will far from help in reconciling the country emerging from years of civil war.”

To date, no one outside of the students who have undergone this training have seen the course material. We were emailed copies of the manuals and timetables in all three languages, plus copies of the covering letters the students received, which clearly state that the training is compulsory, with no exceptions. On the issue of mandatory participation and the confusion that arose due to contradictory statements issued by the MInistry of Higher Education, Lemek notes,

“There is a certain degree of confusion apropos to whether participation in the leadership programme is mandatory and essential for entrance into university. The Secretary to the Ministry of Higher Education, Dr. Sunil Navaratne, was kind enough to inform the public last week that the programme was ‘not compulsory contrary to popular belief.’ One would expect Dr. Navaratne to be aware of what occurs at the ministry, particularly when the Minister for Higher Education, S.B Dissanayake, appears to have been the source of this ‘popular belief.’ It is possible that incorrect reportage and miscommunication resulted in this inexcusable error, but then how would Dr. Navaratne and Minister Dissanayake explain the fact that the letters dispatched in Sinhala, Tamil and English by the Ministry emphasise mandatory participation? The second and tenth paragraph of the letter informs the students that the ‘certificate,’ which confirms the completion of the programme, is ‘required for entry to the university…’” 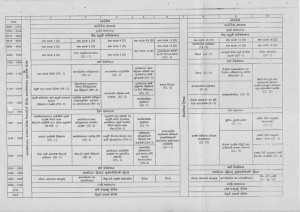