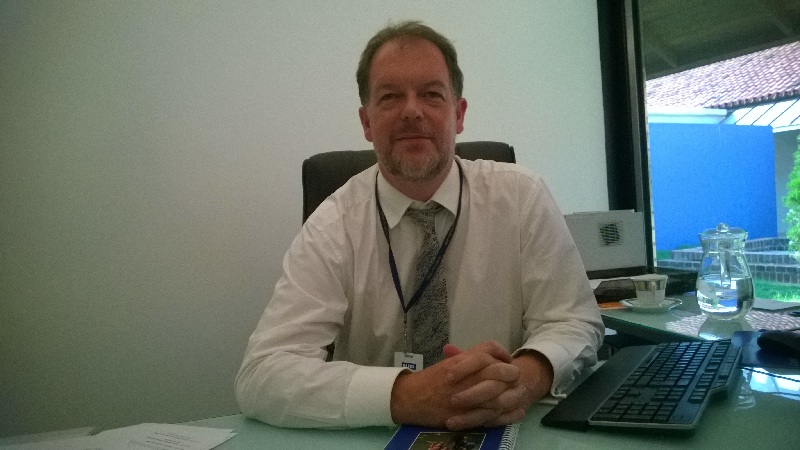 The European Union (EU) will to call for a foreign judicial role, only if the Sri Lankan Government fails to appoint a credible truth seeking and accountability mechanism to probe allegations of war crimes and human rights abuses.

In an interview with the Sunday Observer European Union Charge d’Affaires and Head Political, Trade and Communications, Paul Godfrey said they supported the UN Human Rights Chief Prince Zeid Al Hussein’s opinion that the proposed judicial mechanism should have an element of foreign representation, but the EU’s principle focus is on the credibility of the process.

Q: I believe Sri Lanka has tendered a formal application for GSP plus. How far is Sri Lanka from regaining the GSP?

A: Sri Lanka has already applied, on June 29. The EU will consider the application. It is a very formal and regulated procedure, where Sri Lanka’s compliance with international conventions will be evaluated. This will take at least six months

Then a recommendation will be made to the European Council that make up the 28 EU member states and the EU Parliament, for approval. This whole process needs at least 8-10 months.

We recently granted the GSP plus concessions to the Philippines and that process took about nine months.

I am pleased you asked that question, because there is a lot of misinformation, circulated around that process. I want to set the record straight. There is a clear set criteria, that the European Commission applies across the board for countries that are interested in applying for the GSP plus concessions.

These are not standards the EU had set, these are conventions each country have themselves already signed up.

Q: But there is an accusation that the European Commission has attached 58 conditions to renew the GSP plus trade concessions to Sri Lanka?

A: That is not an accurate reflection of the things that are happening. GSP trade concessions are based on a very clear set of 27 conventions which applies to all countries.

In 2010, the high representative of the EC wrote to the Sri Lankan government conveying that she was concerned about 15 specific human rights violations.

The details (of the conventions) are available in the EC website, there is nothing private about it.

The Sri Lankan authorities at the time said, that they had no interest in having discussions to address these concerns because, they saw this as an imposition from the international community. That was obviously their decision. Due to that the EU withdrew GSP plus.

It always makes me smile when I hear, its a violation of sovereignty or neo-colonialism. It’s like a joining a club. If you want to be a member then you have to abide by the rules. Nobody is forcing Sri Lanka or any other country to apply for GSP concessions.

Q: But there are accusations that the GSP plus is a trade concession and attaching conditions to trade is unfair. The EU is an early proponent of Free Trade. What we are talking here are not soft loans or grants.

A: The EU certainly is a proponent of the Free Trade Agreement. What people need to understand is that the EU is not under any obligation to give access to anybody outside the European Union to its market, which is as I said is the biggest market. Bigger than the US, China and India. If you want free access to that market, then you need to abide by the conditions that we set down.

These conditions aren’t conditions that we have set arbitrarily. These are commitments the countries themselves have made. All we are doing is supporting the international system. We choose to put an emphasis on human rights because for us, those are fundamental values.

Q: Assuming that it has been one of the conditions, how justifiable is it to ask repealing of the PTA? There are indications – such as the recent recovery of suicide vests and claymore mines – to suggest that the LTTE threat is not completely over.

A: It is not one of the GSP plus conditions. The EU is separately pushing the government to comply with its own commitments at the UN Human Rights Council, In the resolution co-sponsored by Sri Lanka, it has made a number of commitments and one of those is to repeal the PTA and replace it with an alternative national security legislature.

The EU is in discussion with the Government about, how to replace the PTA but it is not a condition for GSP plus.

Q: There were reports to say that Prime Minister Ranil Wickremesinghe was unaware of some of the GSP plus conditions and that he was kept in the dark over these discussions. Your comments?

A: You will have to speak to people within the government on that. But certainly from the discussions I’ve had with the Prime Minister, he did not only seem to be a proponent of the GSP plus but someone who is actively championing Sri Lanka’s engagement with GSP plus and the need to re-engage with the international community to get these concessions.

Clearly the government has made a decision that international isolation is no longer a sustainable way to move forward. It is perusing free trade and other trade agreements with a number of partners like India and China and not just the EU.

Q: What is the impact of Brexit in the GSP plus concessions?

A: At the moment none. In the foreseeable future – the next two to three years – UK will remain a member of the EU. As and when the UK does exit, then it will depend on what the agreement is for the UK to abide by certain EU trade agreements. At the moment we don’t know that, those negotiations are yet to begin. If Sri Lanka receives the GSP plus concessions in the foreseeable future, Sri Lanka will have access to the UK market.

Q: The UK’s actual exit from the EU will take two to three years?

A: The formal element is that when the UK triggers article 50 under the Treaty agreement, that initiates a process which can last up to two years. That can be extended, subject to the agreement of member states. This is something which had not been done before, so there is a bit of uncertainty as to what will happen. It will be the decision of the new Prime Minister of the UK who was sworn in as to when to trigger Article 50.

Q: After the Brexit vote, there are voices in France, the Netherlands and Italy demanding a similar referendum. In such a backdrop, how viable is it for Sri Lanka to get into the GSP trade deal and commit to a set of EU conditions?

A: Even without the UK, the EU remains the largest market in the world. Regardless of all this, it will still be the largest export destination for Sri Lanka. There is a clear economic value. As I said before, we are not asking Sri Lanka to do anything that it has not committed itself to doing. We are not imposing conditions, we are pushing for the implementation of already set commitments. I don’t perceive these as a kind of trade-off. We are providing an incentive to do what the country has already committed itself to.

Q: There is a perception and an accusation by the Opposition that the Government is too lenient towards the international community, especially the West. Do you believe this is the case as far as the EU is concerned ?

I was interested to see today that the members of the Joint Opposition register a complaint with the International Parliamentary Union about the the arrest of MP Namal Rajapaksa. Sometimes the nationalist wing pick and choose which elements they choose to engage with.

Q: Within the EU there has been action to curtail LTTE activities and fund raising. There have been court cases to this effect, even in the recent past. Is this going to continue in the future as well?

A: There is a list of proscribed organisations, which had been associated with the terrorist problem caused by the LTTE and those who continue to be proscribed until a decision is made by the UN security council, that they are no longer a threat.

Q: The EU and Britain as well as the US were in the forefront demanding accountability for the alleged excesses committed in Sri Lanka during the last stages of the war with LTTE terrorism. In the backdrop of Sir John Chilcott’s report where he condemns the war on Iraq, is it fair to single out Sri Lanka in the call for accountability?

A: First of all, there is no question of singling out Sri Lanka by the EU and some of the other countries that were mentioned. The push for international jurisdiction is across the world where there has been suspected war crimes and human rights abuses. That happens in Bosnia within Europe, in Sri Lanka, Cambodia Rwanda and it will happen in Syria. There are a number of bodies which look into these things and the UN is the overall global body. There is no question of Sri Lanka being singled out.

The very fact that there was a formal inquiry into the situation in Iraq, the conduct and the decisions made, is perhaps a positive sign, as to how serious Britain is over its international obligations. Whether there are any follow up action on that report is the decision of the British authorities.

Q: Sri Lanka is divided on the issue of inviting international judges to sit in the truth seeking mechanism merited by the 2015 Geneva resolution. There is a lot of resistance to this domestically. What is the EU’s stand on this ?

A: The EU supports High Commissioner Prince Zeid’s assessment in the original resolution that there would be the need to involve Commonwealth and foreign personnel in the judicial mechanism.

Our principle focus is the quality and credibility of the process, something which can meet the needs of the various victims across the country including the victims of LTTE atrocities and violence. They need to have confidence in the mechanism.

For some the assurance of that credibility requires international involvement. But we will wait to see what the government proposes, and look at the elements of that process, so that we can extend support if necessary.

Q: There are allegations that the government was dragging their feet on the reconciliation process and there is lack of progress. This perception is shared by the EU ?

A: I would say there has been impressive progress in taking forward national reconciliation.

There are areas where we feel the government could move faster in addressing things but transitional justice is a complicated area, we fully understand that it’s important to get it right rather than rush it.

If the Government meets the sort of time table that has been set out, in having the other elements of the transitional justice architecture identified in the coming months, I think its done a good job.