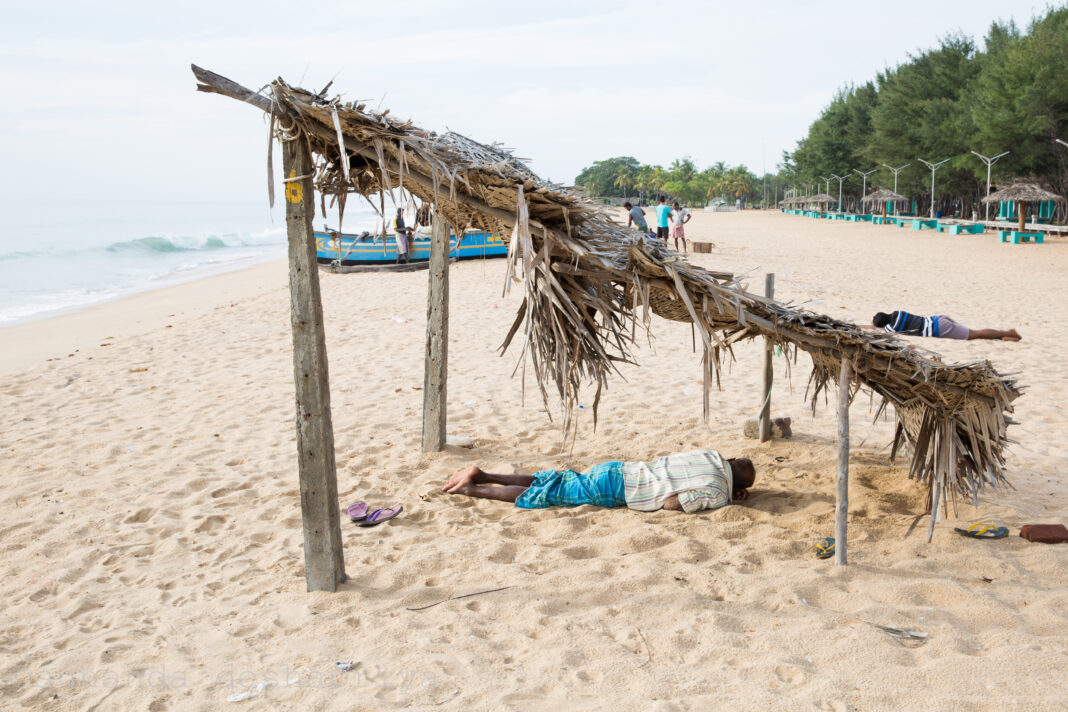 File: A fishman sleeps under a hut in Batticaloa beach.

Colombo, 23 June 2021 – In response to serous oil and hazardous chemical spills triggered by the fire that broke out on a ship carrying hazardous substances in May, the European Union is directing €200,000 (over 48 million Sri Lankan rupees) in humanitarian funding to provide crucial assistance. The aid will benefit 15,000 people who have been heavily affected by the disaster in the districts of Colombo, Galle, Gampaha, Kalutara, Puttlam and Matara.

This EU funding supports the Sri Lanka Red Cross Society in delivering emergency relief assistance to those most affected, especially small-scale fishing communities, through the delivery of cash assistance. This will help meet the immediate needs of those whose day-to-day livelihoods have been impacted by the fishing ban implemented following the incident. The aid will also focus on supporting local authorities to clean hazardous and toxic materials along the country’s west coast. Necessary training and materials, such as personal protective equipment, goggles and boots, will also be provided to volunteers involving in the cleaning activities. Special attention will be paid to the most vulnerable groups, including female-headed families, people with disabilities and the elderly.

The funding is part of the EU’s overall contribution to the Disaster Relief Emergency Fund (DREF) of the International Federation of Red Cross and Red Crescent Societies (IFRC).

Sri Lanka is witnessing what is considered one of the worst marine environmental disasters after the X-Press Pearl cargo vessel carrying a large number of toxic chemicals and plastic granules caught fire some 16 kilometres off the coast of Colombo on 20 May.

The fire that continued for 12 days resulted in a massive spillage of damaged containers, microplastics, plastic pellets, chemicals and other harmful substances into the sea. Following the incident, small-scale fishing has been banned on a 50-kilometre stretch of coastline in Colombo and Gampaha. In additional to the severe damage to the marine and coastal ecosystems, the incident has also affected over 16,000 fishing communities in six coastal districts who are dependent on fishing for a living. The Sri Lankan fishing sector has already been largely affected by the COVID-19 pandemic and monsoon weather conditions.