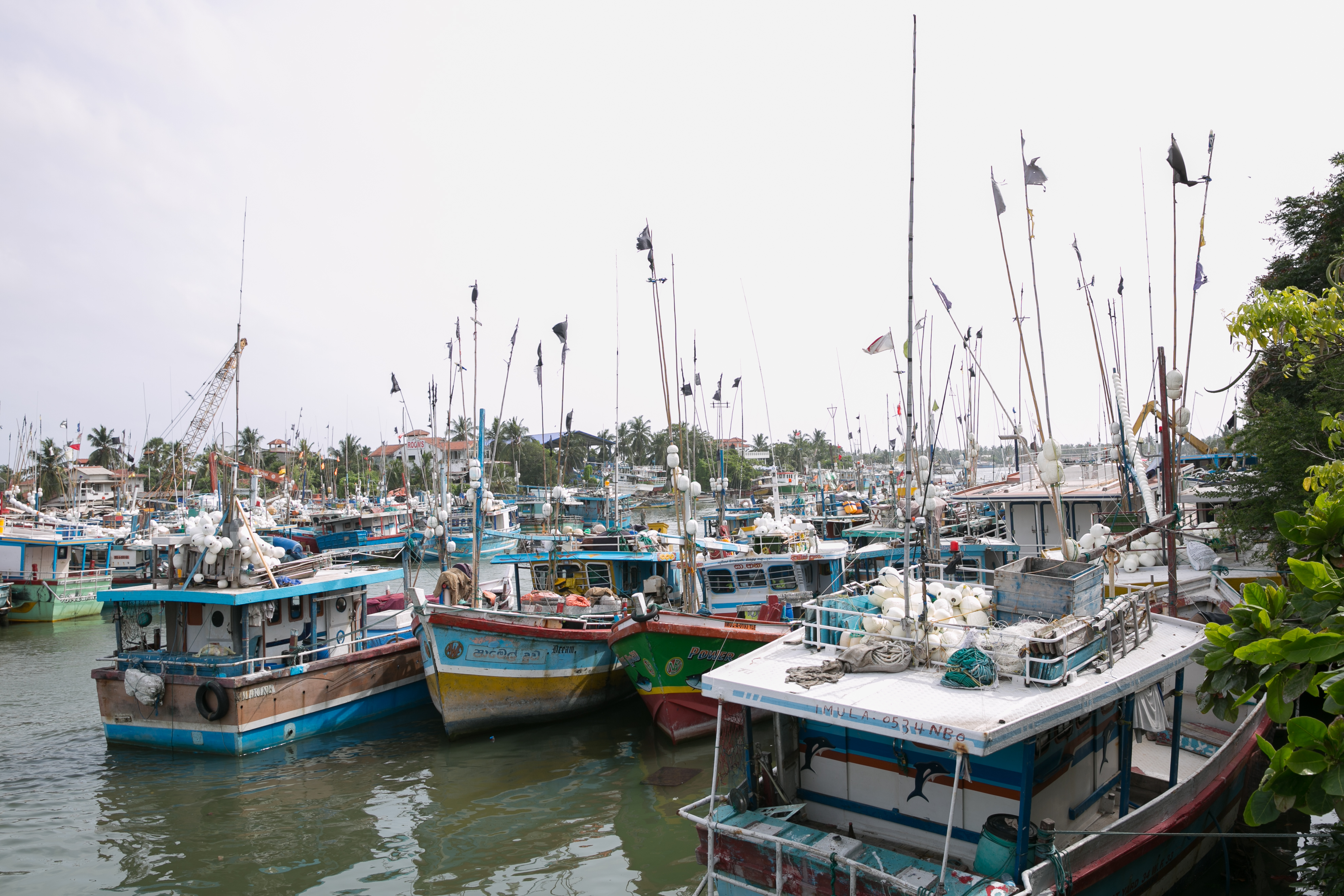 Image: Fishing boats docked at Negambo habour: Fisheries exports was  doubled in the first year since the removal of the fish ban and granting of GSP+  © Sunanda Deshapriya.

Following the granting of GSP+, Sri Lanka’s exports to the EU have increased more than 20%, according to the EU.

Notable growth sectors of this economic development include apparel, fisheries exports(which doubled in the first year since the removal of the fish ban and granting of GSP+) tea, tyres, gems, motor vehicle parts and footwear.

Since Sri Lanka’s entry into the GSP+ scheme, the apparel industry has been the biggest beneficiary of the trade facility accounting for 60% of the country’s $3 billion exports to the EU.

Sri Lanka was readmitted as a beneficiary of the European Union Generalised Scheme of Preferences in mid-May 2017 with the new GSP+ enabling duty free access to the EU market, constituting 28 countries, on 66% of the EU tariff lines for over 6,000 local products.

Importantly, the granting of these unilateral concessions created a level playing field for Sri Lanka in competing with other countries especially neighbouring Pakistan, and several African and South America nations who enjoy preferential market access.

In order to benefit from GSP+, Sri Lanka is required to implement provisions relating to several international conventions on Human Rights, Labour, Governance and the Environment, such as the Convention on the Elimination of All Forms of Discrimination Against Women, the Convention concerning Freedom of Association and Protection of the Right to Organise, the Convention on the Rights of the Child, the United Nations Framework Convention on Climate Change and the Convention on Biological Diversity, all of which contribute to Sri Lanka’s economic development through the diversification of exports, attracting new investments, and strengthening trade ties between Sri Lanka and EU countries.

EU GSP+ incentives have galvanized Sri Lanka to move ahead in producing higher quality sustainable products, follow ethical practices including organic and green production, as well as adopt Fair Trade practices. Through such value-additions made in backward integration, new employment opportunities and industries have also been created.

The concessions under GSP+ also benefit Sri Lanka’s rural workforce. New export opportunities support the development and enhance the livelihoods of farmers engaged in the country’s agriculture and fisheries industries.

The EU continues to make periodic reviews to assess the progress in the implementation of the conventions relating to GSP+, engaging with the Sri Lanka Government, civil society, the business community, and other local stakeholders.