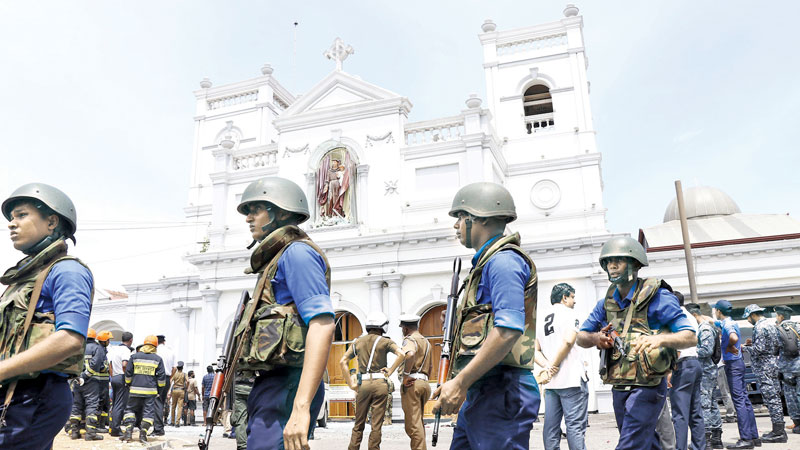 Human societies scattered across the world have evolved over time under diverse circumstances, both material/ecological and ideational. Though archaeologists, historians and philosophers have gone far back in time in tracing the above process, modern social and human scientists have observed human societies in more recent times and uncovered certain patterns in the way they have evolved. So, even at the turn of the 21st Century when the world displays the highest level of integration due to obvious reasons, the picture that emerges is one of division, inequality, competition and conflict, not one of unity, equality, sharing, consensus and cooperation. This is in spite of the fact that scientific evidence is overwhelming on the fact of climate change that threatens the entire humanity inhabiting this planet.

The story is the same at a national level in many countries. When historical and contemporary evidence shows clearly that people living in a particular country need to find the most desirable theme around which society should be organised for collective well-being, what has often happened is entirely different. While some societies have been able to find the appropriate mix of ideas and material circumstances to maximize collative welfare, others have not been as fortunate, as the case of Sri Lanka has clearly shows. I attribute this to the fact that we have been guided by a dominant ideological narrative that has pushed the country into deeper and deeper crisis in recent decades.

Prevailing situation in the country can only be described as precarious. Just prior to the massive terrorist attack, the dominant public discourse in the country was on the precarious nature of the country’s economy as was evident from the mounting public debts, both domestic and foreign, the declining value of the Rupee, increasing cost of living, etc.

There is absolutely no reason to believe that this bleak macro-economic outlook changed for the better over the last few months as the state of the domestic economy reflects long term macro-economic trends. On the other hand, the unprecedented terrorist attack marked a qualitative shift in the political landscape of the country as the group responsible for the attack is linked to an international terrorist organisation that has been closely connected with certain important aspects of global politics involving big players such as the US, Europe, Russia, and the Middle East. Even though the group responsible for the attack in Sri Lanka appears to be small, its members are identified with the larger Muslim community living in all parts of the country, side by side with people belonging to all communities. Since any breach of peace between communities has the potential to result in widespread communal violence, the prevailing situation in the country can also be described as dangerous. Given the country’s past experience with communal violence, this situation can result in a permanent state of ethno-religious tension, leading to intermittent localized violence that often feeds into persisting tension. On the other hand, a major incident can quickly change the situation resulting in widespread violence as it has happened in the recent past.

There are not many countries in the world that have sustained such a dominant yet parochial political narrative guiding its domestic political, cultural, social and economic processes for so long as Sri Lanka has done. So, it is not surprising that, despite the change of economic policies in line with changing global development discourses, the country has not been able to fulfill the growing economic and social aspirations of the wider population over the last half a century or more.

This is because the domestic politics guided by this dominant narrative created social, cultural, economic and political conditions that have only helped reinforce and maintain the same narrative, preventing the country from breaking away from it and embarking upon a process of steady social and economic progress. In other words, we have remained trapped in a vicious cycle for decades after political independence because the conditions that produced and sustained the narrative have also ensured that the vast majority of people uncritically accept the narrative and act accordingly by supporting the social and political forces that do not allow the country to get out of the situation created under the influence of the dominant ethnic-religious ideology.

Space does not allow me to go into a detailed elaboration of what is outlined above, so I will only concentrate on a few important areas that can help explore several key issues connected with our problem. The areas that I want to deal with are connected to education, identity formation, citizenship, the State and its role in development and public welfare and the role of religion in politics. Each one of these areas can be a topic for a long essay but naturally what is attempted here is a brief overview.

There is no human society without a history. Every society has evolved over time, under diverse circumstances. Societies share certain characteristics but they also defer from each other in many respects. Some societies have been ethno-linguistically more homogeneous than others but many others are highly diverse with many different linguistic, ethnic and religious communities sharing the land mass of a country. While some of the more homogeneous societies have also become more plural due to the influx of migrants in large numbers in recent years, some highly plural societies in the world have been formed through a process of multiple migratory flows over time. The cases in point are the United States, UK, Canada and Australia. Sri Lanka has been a plural society over many centuries largely due to its geospatial and historical circumstances.

Ethnicity, religion, language, caste, etc. have historically provided strong bases for the formation of group or community identities, but such identities can be either further solidified or weakened by both the lived experience of their members, internal processes of reinforcement such as endogamy or lack of it and external influences like formal education that usually promotes critical thinking and analytical skills and contributes to changing world views or the formation of new identities in a modern society. Since shared identities usually lead to collective behaviours of various kind, communities become visible as separate entities that often exist side by side, often set apart by various forms of social distance. It is against this background that social scientists introduced new ideas regarding basic conditions necessary to promote vertical and horizontal social integration among diverse groups that constitute modern plural societies.

Yet, in Sri Lanka, such knowledge has not guided either the processes of state formation or public policy making after political independence. In fact, many post-independence public policies in such areas as education, human settlement, language and employment strengthened pre-existing primordial relationships among citizens. So, unlike in many ex-colonial societies in the region and elsewhere, competition for power, resources and other opportunities became increasingly defined by language, ethnicity and religion rather than modern forms of solidarity such as social class.

This is clearly evident from the dominant pattern of political party formation after Independence. The class character of political parties which was evident at the time of Independence was soon replaced by the ethno-nationalist character of many of the political parties that came into prominence in later decades. These parties naturally exploited primordial identities of people to build up their support bases, and prevented the rise of an overarching Sri Lankan citizenship that would have transcended sub-national divisions. The consequences of these developments including the three decades of war are too well known to need any elaboration here.

Given the nature of the Sri Lankan polity that emerged at the time of Independence, political regimes that came to power since then tended to be closely identified with the majority Sinhala-Buddhist community, giving the impression to other communities that they were at a disadvantage with regard to their relationship with the State. Some of the public policies adopted after Independence not only reinforced the above impression but also contributed to the strengthening of sub-national identities built around ethnicity, religion and language. Though many social, political and economic changes have taken place over the last several decades, the dominant political narrative of the country built around ethno-nationalism, religion and language has not changed much to this day.

This is in spite of the fact that the people belonging to all communities have suffered immensely in the recent past due to violent conflicts fueled by the above narrative. Now, the massive terrorist attack that has created an unprecedented sense of insecurity and uncertainty in the minds of people belonging to all communities has also become a self-fulfilling prophecy for those who have always subscribed to the above dominant narrative. Now, they can say: we already told you but you never believed us! What they do not say is that they also did their best to reinforce the narrative that served them well in the past and has become as useful today as it has been in the past.

An incredibly fractured incumbent government that has not been very effective in dealing with an imminent terrorist threat not only has lost public confidence but created the space for the return of the national security State that drastically altered national priorities in the country in regard to development and public welfare about three decades back. Though the defense expenditure was not reduced at all despite the so-called peace that prevailed over the last decade, now, there is almost no prospect of bringing back real development and social priorities in the country for the foreseeable future.

With the line up of political and social forces that we have in the country today, in particular, the present media landscape dominated by vested interests, the country is in a more precarious situation today than before the tragic events on April 21. While the need of the hour is to embark upon a sustained programme of social and economic development and prudent management of natural resources, the focus of public discussion today is on the need to strengthen national security. Given the fear psychosis that terrorist violence has engendered, nobody knows for how long the country will have to keep national security as the top most priority. In the same breath, it would be anybody’s guess as to how long the other long standing priorities of development, human security and public welfare will have to be shelved.