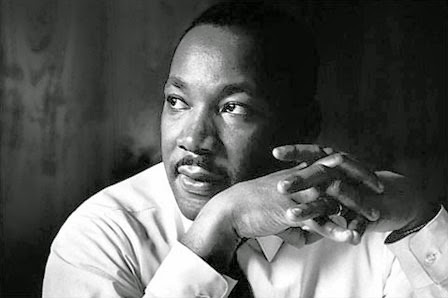 URGENTLY RESUME THE DIALOGUE TO AVOID DANGEROUS BACKSLIDE TO PAST – NPC
Less than five years after the end of the three decade long internal war, the Sri Lankan government has warned that the LTTE is regrouping and plotting to renew its violent campaign for a separate state again.  This warning has come in the context of a shootout reported in the North that led to the killing of three LTTE members by the military who, according to the government, had shot and injured a policeman in the leg.   The security forces conducted extensive cordon and search operations and arrested over 60 persons, including civic activists, prior to the final shootout.  The slain persons are accused of having had connections with the Tamil Diaspora.
The National Peace Council notes that this violence, which is the first LTTE-related violence since the end of the war, occurred soon after the passage of the UNHRC resolution calling for an international investigation into the last phase of Sri Lanka’s war.  The government has refused to cooperate with this investigation.  It has also banned 16 Tamil Diaspora organizations and 424 individuals whom it has accused of promoting terrorism.

Reports from the North indicate that the military role has grown and the space for civil society to function has shrunk due to permission for activities that has to be obtained and is either not forthcoming or is deemed to be impossible to obtain.

In the absence of a mutually acceptable political solution, the Tamil Diaspora will persist on highlighting the concerns of civilians living in the former LTTE held areas that continue to disrupt their lives in a variety of ways reminiscent of the ground realities that prevailed during the war.  The strongly entrenched security apparatus in the country, particularly in the North, is likely to generate more anti-government rhetoric from among the Tamil Diaspora and the international community that is sympathetic to their cause.  This situation can only be reversed with genuine reconciliation that will help deal with residual hatreds, fears and anxieties of a post-war militarized context.
The National Peace Council therefore urges the government and other political parties in the country to urgently set up institutions to enable the Tamil people to be given a measure of autonomy .The government held elections and established the Northern Provincial Council. But it is useless unless the Northern Provincial Council is allowed to function without undue interference from central authorities.  It must also discuss with the TNA a more inclusive political solution.  We also call on the government to come up with a national investigative mechanism that could cooperate with the UNHRC-appointed investigative body on the issues of truth-seeking and accountability.  We refer to the East Timor example where the members of the national Commission were appointed by the UN and which was allowed to function without hindrance from the military.
The great American civil rights leader Martin Luther King Jr. differentiated between those who prefer a negative peace, which is the absence of tension to a positive peace, which is the presence of justice.  An imposed peace that is bereft of genuine opportunities for peace is likely to be of little lasting value. We should make sincere efforts to redress historic or past grievances that precipitated the conflict in the first place. All parties should be honestly committed to develop and foster new, mutually beneficial relationships.  The absence of dialogue between the different stakeholders weakens and leads to the destruction of relationships.  We advocate a mechanism that will create opportunities for all stakeholders, including the Tamil Diaspora, to engage in a process of dialogue that will lead to reconciliation.