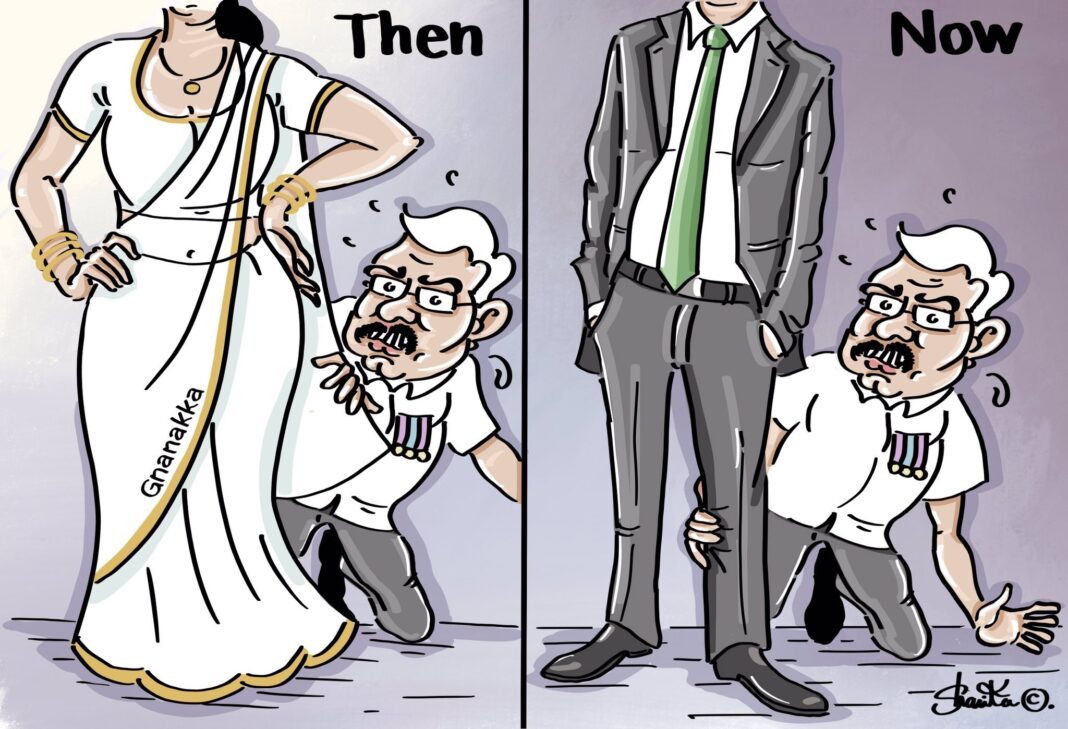 Cartoon: Then Gota was hiding behind Sharman Gnanakka and now behind Ranil Wickremasinghe.

Sri Lanka’s leading English weekly has exposed how Ranil Wickremasinghe saved president Gotabaya Rajapaksa relinquishing the post of executive presidency. His action is one of the most despicable betrayal in recent political history in Sri Lanka.

This was by either introducing or supporting a bill in Parliament and committing to a date by when he will conduct a referendum to give the people an opportunity to choose the type of governance they want.

Towards this end, he did consult several legal and political brains. However, by accepting the Premiership without any conditions, Wickremesinghe has given the breathing space for the President to potentially hide behind the process of an interim government where he could remain executive president.