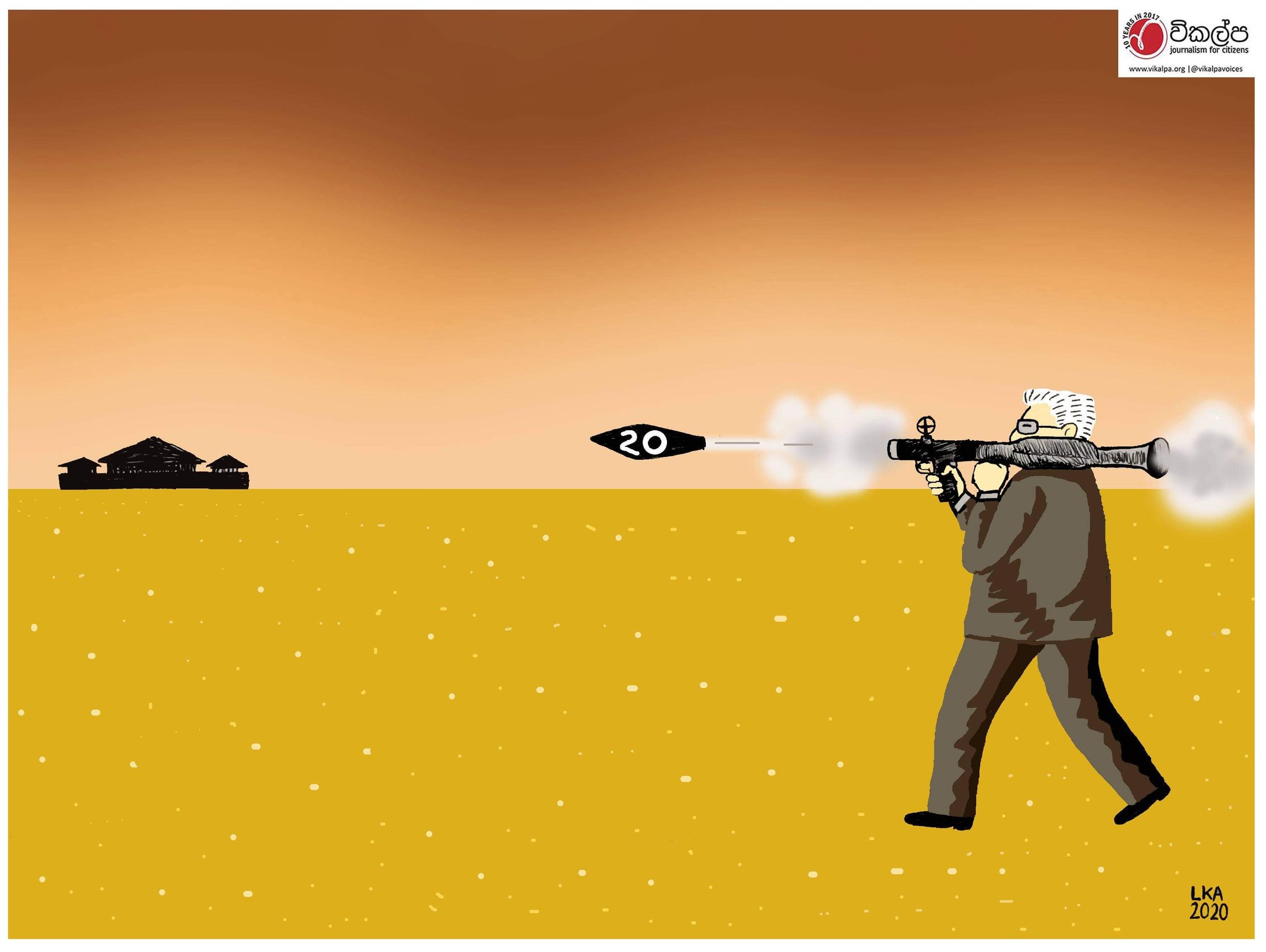 The debate on the proposed 20th Amendment to Sri Lanka’s 1978 Constitution is gathering momentum. The proposal which has been published in the Government Gazette is indeed a constitutional bombshell, literally. Its provisions are very destructive in their objectives as well as consequences. Perhaps, the management gurus and media moguls who advise President Gotabaya Rajapaksa may have successfully converted him to the somewhat naïve and politically dangerous doctrine of “creative destruction.”

Even a hurried reading of the draft 20th Amendment tells the reader that its framers are motivated by the following two immediate political objectives:

There are many negative consequences of the proposed 20th Amendment if it is passed in to law by Sri Lanka’s parliament. Some are short-term and others are both medium and long-term. It has the most destructive potential to create conditions for:

With those consequences, Sri Lankan citizens will have to watch a rather tragic situation in which: (a) Parliamentary democracy is used to ensure its own negation, that is, ending parliamentary democracy itself, (b) One hundred and fifty or so Members of Parliament would be asked to sign their symbolic death warrant collectively by voting for the new constitutional amendment as envisaged by the proposed draft.

That is why the proposed 20th Amendment is politically and constitutionally so destructive. It will destroy the most precious political legacy of Sri Lanka’s modernity and progress and create in its place a post-democratic leviathan.

That is why the proposed 20th Amendment should be critiqued, opposed and resisted. That is also why President Gotabaya Rajapaksa should be asked by all his critics to exercise some degree of political sanity and prudence in his capacity as Sri Lanka’s ruler.