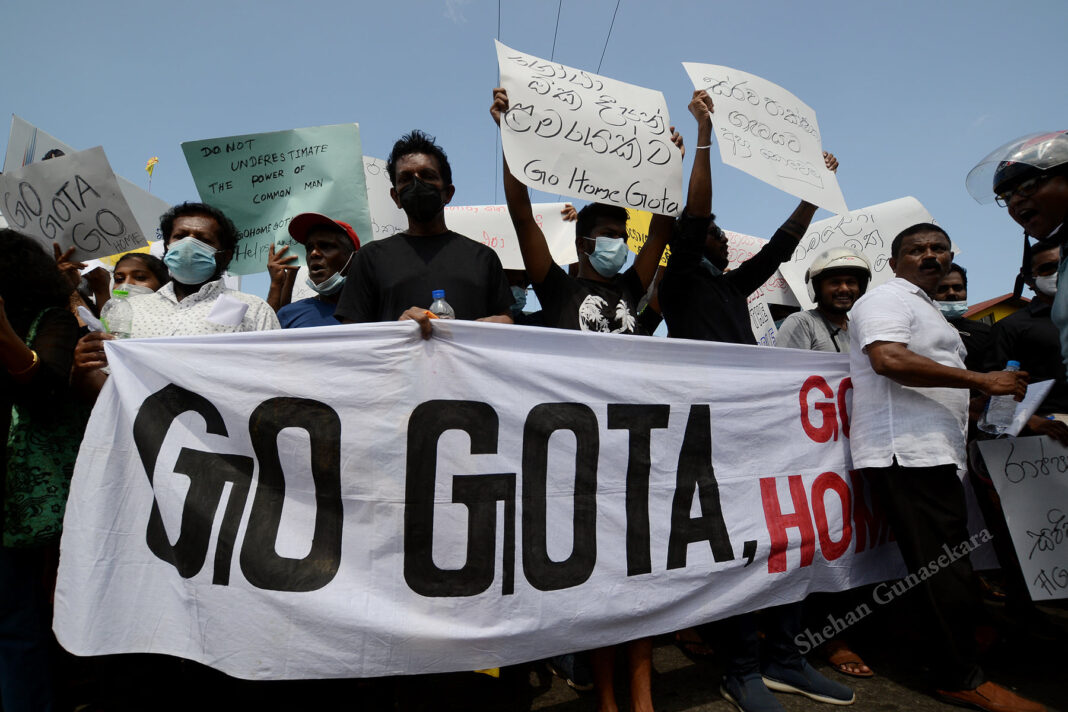 ECONOMYNEXT – Under pressure from the public to resign, Sri Lanka President Gotabaya Rajpaksa has revoked an Emergency Law declared on April 1 after protesters attempted to enter his private residence.

“I.. do hear by with effect from midnight of April 5, 2022, revoke the proclamation issued by me in terms of powers vested in me,” President Rajapaksa said in a gazette issued. President’s decision comes as his ruling Sri Lanka Podujana Peremuna (SLPP)-led coalition suffered a major blow on Tuesday with 42 legislators withdrew their support to the party in the parliament.

He needs parliament approval to continue the State of Emergency for one month from the day he declared.

However, with the withdrawal of support from 42 SLPP legislators, his ruling coalition has a possibility of losing the vote.

Opposition legislator Abraham Sumanthiran on Tuesday called for the Emergency Law to be put to a vote.

The move also comes after tourism industry stakeholders protested on Tuesday in front of Tourist Promotion Bureau asking to revoke the Emergency Law while business chambers had sent a statement over the damage the Emergency Law could caused to Sri Lanka’s crisis-hit economy.

Rajapaksa imposed the emergency followed by a curfew on Sunday (03) and social media ban after some spontaneously gathered protesters via social media started to attack houses of SLPP legislators.

However, protesters defied president’s 36-hour curfew law on Sunday and agitated several parts of the roads, making the State of Emergency ineffective. (Colombo/March 05/2022)