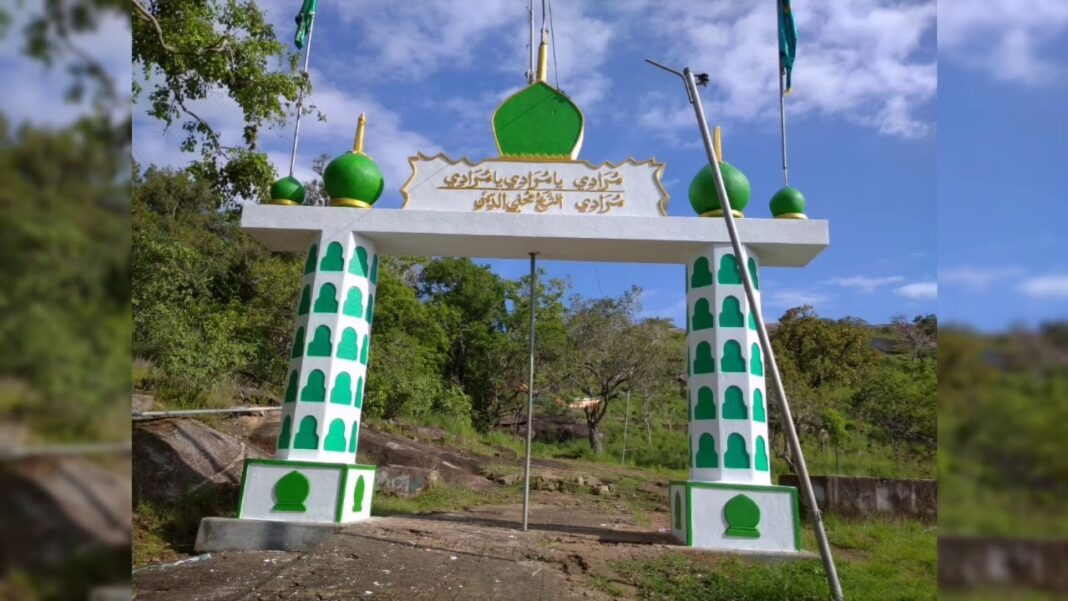 Muslims in Sri Lanka have expressed their dismay and sadness over the demolition of structures at Dafthar Jailani that were in existence for centuries within the precincts of the Mosque and Shrine in Balangoda.

Blaming the gross negligence of the government over this issue. A group of 26 Muslims organizations including the All-Ceylon Jammiyyathul Ulama,All-Ceylon YMMA Conference and Sri Lanka Muslim Council have strongly condemned the wanton destruction of parts of a centuries’ old mosque and shrine, and have expressed their dismay by the inactivity of the government in this regard.

In a statement released to the local press, it is said : “ The significance of Dafthar Jailani to the Muslims dates back over eight centuries and it has been a site of cultural heritage for Muslims for centuries. It derives its name from As-Seyed Muhiyadeen Abdul Qadir Jailani, a 12th century Sufi Saint and the founder of the Qadiri Sufi order.

British archaeologist C.H. Collins, who visited the site in the early 1930s as part of the colonial exploration of Sri Lanka’s archaeological heritage, had noted that it was “a great place of Muslim pilgrimage” at the time in his report published in 1932.

It is distressing to find that the ornamental gateway with chiseled stone steps as well as the main flagpole at Dafthar Jailani have been demolished while a new Buddhist Stupa has been constructed on part of the site, despite it being designated as a protected heritage site under the authority of the Department of Archaeology.

The willful destruction of such a significant Muslim Heritage site will not auger well for communal harmony, religious tolerance and peaceful coexistence, but on the contrary, fuel hatred and communal unrest and divisions in the future!

Furthermore, it will bring disrepute to our country in the eyes of the international community, especially the Muslim countries who stood by Sri Lanka at international fora. Ironically the demolition coincides with the 49th Session of UNHRC meeting in Geneva from 28th February to 1st of April 2022.

We also note with concern, the attacks on community identities, religious places of worship and properties in the past, perpetrators of which are yet to be held accountable despite widespread evidence pointing to, from whom and where such hatred had been incited from. We urge the government to always uphold law & order in a nondiscriminatory manner and end this impunity.

This desecration of a Muslim heritage site comes in the backdrop of a reassurance given by Foreign Minister Prof. G. L. Peiris to envoys of Muslim countries, in the presence of Prime Minister Mahinda Rajapaksa, on November 30th 2021 regarding respecting the religious and cultural rights of all communities in the country.

We therefore urge the government to take steps to restore the Muslim Heritage site at Dafthar Jailani, ensuring the protection of the religious and cultural rights of the Muslim Community who have lived in peace with other communities in this country for centuries!.