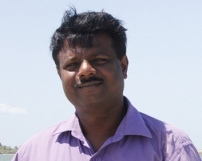 The Editors’ Guild of Sri Lanka yesterday demanded action against those responsible for a recent attack on the Chief Editor of Uthayan, M. A. Kaanamylnaathan, a member of the guild.

The following is a statement issued by the association: The Chief Editor of the Uthayan, Mr. M. A. Kaanamylnaathan, a member of The Editors’ Guild of Sri Lanka, has brought to our attention an incident where the Editor of the newspaper, Mr. T. Thevananth has been brutally attacked while engaging in his professional duties this week.

He was covering the events connected with the commemoration meeting held by the students of the University of Jaffna in memory of those who had died during the three-decade long northern insurgency.

We have been informed that persons in military uniform and plainclothesmen tried to snatch the camera of Mr. Thevananth and when he resisted, he was physically attacked on his face resulting in him having to seek treatment at the Jaffna Teaching Hospital where he is currently warded.

A complaint has also been made to the Jaffna Police Station.

The Editors’ Guild of Sri Lanka expresses its concern that accredited journalists in Sri Lanka are still being treated with such callous disdain. The Media has a legitimate right and a duty to inform the Public of what is happening in the country. The Guild calls upon the authorities to take disciplinary action against those who attacked Mr. Thevananth and to refrain from such a heavy-handed approach towards the Media.
IS