Easter Sunday carnage: The big picture of Intelligence failure and how to fix it . 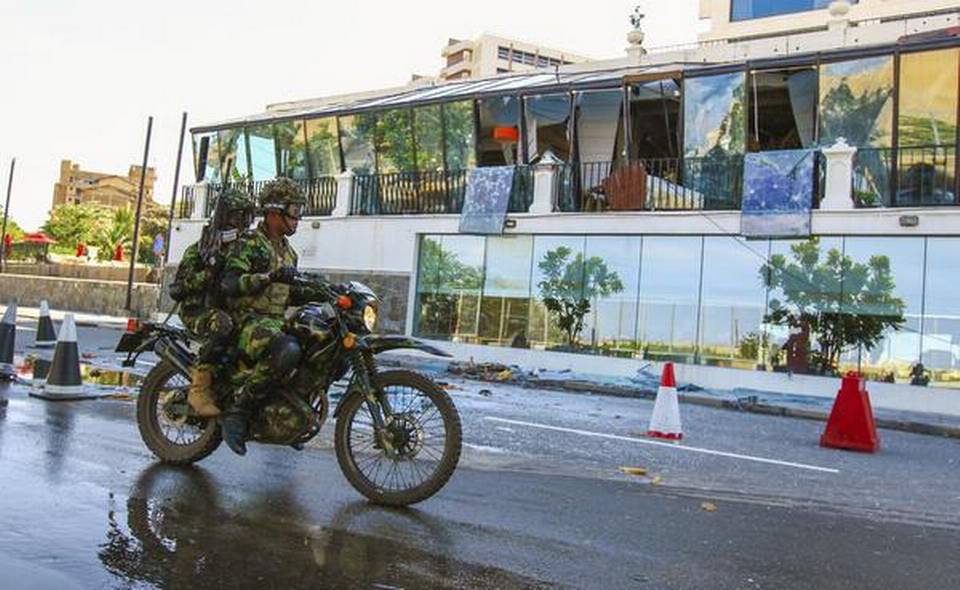 Sri Lanka’s battle against Islamic extremism would involve two integral parts: (a) an intelligence driven kinetic approach to flush out, arrest or neutralize violent extremists; and (b) a State facilitated and community- led approach to combat non-violent extremism, reverse the spread of Wahhabism and Arabization of local Muslims and restore the primacy of moderate Sufi Islam among Sri Lankan Muslim community.

For each task at hand, the Government, security apparatus, community leaders and other stakeholders should understand and identify the gravity of the problem, before they proceed to address them.

In this first article of a two part series, I analyze the overall intelligence failure that led to the disaster and core areas that need fixing in order to achieve a degree of coherence and certainty in intelligence operations against homegrown Islamic terrorism.

The bickering of the President and Prime Minister in Sri Lanka’s uneasy political cohabitation is blamed on for letting the Easter Sunday tragedy to happen. They, in turn, have claimed that they were not privy to crucial prior intelligence provided by a ‘friendly nation’ ( aka India), and blamed the higher- ups of the security and Police establishments for not passing information right up the chain of command and across the assorted security agencies and tri-forces. Defence Secretary and IGP have taken the flak, one resigned, the other was sent on compulsory leave.

Repeated intelligence failure- from April 5th when the Indians first alerted their Sri Lankan counterparts, to the hours before the attack when the final alert was received- is a criminal negligence of unprecedented scale. With right security measures, the monstrosity on Easter Sunday could probably have averted.

Security forces had not performed any better for the most part of the three-decade of war against the LTTE.

However, this is only the tip of the iceberg of a wider intelligence failure, which kept the entire security establishment in dark over the scale, capability and intent of creeping violent Islamic extremism in the country. That this happened right under the nose of security apparatus that had a proven track record in counter terrorism is a further shock.

On November 30, last year, two Policemen, PC Walpita Gamage Niroshan Indika Prasanna and PC Ganesh Dinesh, who were on duty at the Vavunathivu Police were hacked to death by unknown assailants, who got away with the service revolvers of their victims.

The Police arrested an ex -LTTE cadre, who still languishes in remand custody, charged under the Prevention of Terrorism Act (PTA).

However, military and Police raids after the Easter Sunday attack uncovered the disturbing details that the attack was a work of Islamic terrorists. The driver of terrorist ring leader Zahran Hashim, Mohommed Shareef Adam Lebbe (53) alias Ghaffor Mama revealed the group’s involvement and led the Police to a safe house, where one of the service revolvers was found along with a cache of other weapons.

The other was found buried in the terrorist hideout in Vanathavilluwa. Two suspects have since been arrested.

Now, there are scandalous details of a discovery of a sprawling terrorist training centre with a visible watch tower in the heart of Kattankudy, a crowded city of 60,000 people.

The sectarian strife in the town culminated into a clash in March last year between the local Sufis and Zahran’s followers. Intelligence agencies did not follow up on any of those leads.
One should ask how did that happen – and why did that happen?

This brings us to a snippet of overall conditions of Sri Lankan politics, its institutions and its stakeholders.

Pro-activeness is never a Sri Lankan trait. Our Public Service, the Ministries and Departments are an epitome of inefficiency and red tape.

Meritocracy hardly counts in the election of political leaders, and when in power, their political calculations have overwhelmed the national interest.

Security forces had not performed any better for the most part of the three-decade of war against the LTTE. One security top brass went to the Rupavahini to plead the case of his daughter’s Olympic participation, while the battered Army was making a hasty withdrawal from the Elephant Pass military garrison.

Another former Commander of Army had the reputation of dancing only with underwear atop tables of Officers mess. APCs (Armored Personnel Carrier) brought for military operations in the Vanni stuck in the sand. Body armours malfunctioned. Missile frigates were bought at millions of dollars and then docked at the harbor for most part due to an engine failure. Some people became instant millionaires through shady procurement rackets.

However, somewhere down the line things changed. The catalyst, to give the devil his due, is ex-president Mahinda Rajapaksa and the manifest conviction to finish the war for once and for all.

The subsequent success was, as widely identified, down to the combination of three individuals, Mr Rajapaksa as the President and the Commander-in-Chief, the then Defence Secretary Gotabaya Rajapaksa and Commander of Army Field Marshal Sarath Fonseka.

Each of them faced tough challenges, which any faint hearted (Which the majority of Sri Lankan politicos and bureaucracy are) would have shied away.

Their personal attributes, and a combined conviction (Rather than an institutional arrangement) was the primary driver of the military success. However, the same combination of personalities later saw the deterioration of the security apparatus and their politicization.   After Sarath Fonseka’s Presidential bid, Mr Rajapaksa’s unleashed full blown vengeance at former Army Chief and his perceived supporters, many including the current Army Commander, were sent on compulsory retirement.

Field Marshal Fonseka was jailed. Military was politicized. Many top officers who were instrumental in winning the war then sang paeans, expecting promotions and diplomatic postings.

This did not necessarily erode the intelligence operations. But, it politicized it. That was again due to personal calculations of Mr Rajapaksa, who saw a perceived security threat/international conspiracy as a driver for internal mobilization of masses to a personality cult.

This phase ended with Mr Rajapaksa’s defeat at the Presidential Election on January 8, 2015.

However, new era of politically motivated indifference to national security began. Just like his predecessor sought to use a possibility of the revival of the LTTE and an international conspiracy as means of political legitimization, their successors used reconciliation and international endorsement for the same purpose.

Their political considerations and scaled down threat perceptions resulted in the Government’s indifference towards national security.

However, intelligence agencies were the worst affected. The reason: There is no legal framework governing intelligence activities in Sri Lanka.

In addition, there was understanding of an unofficial immunity and political cover for the intelligence activities undertaken in the interest of nation security.

Defence Secretary and IGP have taken the flak, one resigned, the other was sent on compulsory leave.

The State of Emergency lapsed on 30 August 2011, and since then the Rajapaksa regime relied on calling of the Armed Forces by the President in terms of Section 12 of the Public Security Ordinance (Chapter 40).

In February 2015, after the election of President Maithripala Sirisena, calling of the security forces under the Public Security Ordinance (Chapter 40) was revoked.

This effectively reduced the space and mandate for the Defence Intelligence services to engage in effective intelligence operations.

In order to effectively deploy its multiple intelligence agencies, Sri Lanka needs to provide a unified legal framework through a Parliamentary Act. And Sri Lanka does not need to reinvent the wheel. Many countries that encountered the same problem have adopted their own legal provisions. USA Patriot ACT of 2001, Intelligence Services Act of 1994 of the United Kingdom and the Intelligence Services (Powers and Regulations) Act of 2011 of India are some examples.

A Sri Lankan Intelligence Services Act should review the current security situation, conceptualize an institutional structure that brings together multiple intelligence services to an unified umbrella, clarify the mandate of each of these agencies to engage particular domestic and international arenas and provide a legal framework for organization and coordination for intelligence activities and immunity from persecution for intelligence operatives for undertaking mandated intelligence work.

Also important in the Sri Lankan context is such a legal framework would serve as a bulwark against the politicization of intelligence services as has been the case in the past.

An earlier proposal for an Intelligence Service Act was presented to the Cabinet, but did not proceed further.

The government now confronted with a monstrous internal security threat would suddenly find that effective intelligence services are sine qua non for national survival. However, in the absence of a unified institutional framework, ad-hoc agencies investigating overlapping tasks and then not sharing information would continue. Also, irrespective of the immediate sense of urgency, certainty and long term operational mandate of intelligence agencies are still subject to political whims. When the threat level recedes with the arrests of core members of Islamic terrorist, some fool would suggest the return to the old sense of complacency. Then the next bomb will go off. An Intelligence Service Act would also be a deterrent against such petty-minded political opportunism.