Easter Sunday Attacks: Robert Blake on wrongs, rights, and lessons to be learnt 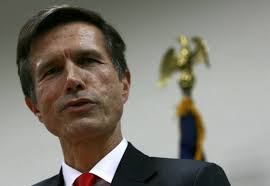 Wrong To Have Withdrawn Military Training

Ambassador Blake regretted that after the Sri Lanka-LTTE war ended in May 2009, the US had stopped its military aid and training programs in the island on the plea that there had been human rights violations by the Lankan military.

“In the last years of the war in 2008 and 2009, human rights concern almost completely circumscribed our military exercises, training and assistance with the Sri Lankan Army and Air Force. I had to fight hard to maintain even small areas of Navy-to-Navy cooperation, in part by arguing that it was in our interest to help Sri Lanka interdict LTTE arms shipments. Today, I am happy those restrictions are behind us,” he said.

Blake referred to the stoppage of military training to the Pakistani army and said that this resulted in the US losing contact with a “whole generation of Pakistani military officers”.

The result was that this generation grew up on a diet of anti-American sentiment hampering inter-operability which is key to military-military cooperation, the former envoy said.

Blake noted that the US and Lankan militaries are now training together in areas ranging from maritime security to humanitarian assistance and disaster relief.

“The US has announced plans for new security assistance of $39 million to Sri Lanka to support maritime security, freedom of navigation, and maritime domain awareness.”

“In 2018 the U.S. transferred a U.S. Coast Guard cutter to the Sri Lankan Navy. And we have regular joint training and exercises with all the services All these are signs of a healthy and growing military partnership.”

“Likewise, our law enforcement cooperation has strengthened. There is no better sign of that than the quick and substantial FBI response to Sri Lanka’s request for assistance in its investigation of the Easter Sunday bombings.”

Tuning to the April 21 Easter Sunday bombings in Sri Lanka, Blake said: “
“The Easter attacks were not just personal tragedies for the families of those killed and wounded. They opened old wounds still fresh from Sri Lanka’s 26-year civil conflict, and they raised new questions in the minds of potential business partners about the wisdom of doing business in Sri Lanka.”

“What steps should Sri Lanka take to successfully manage these new challenges and sustain its progress of the last ten years? Job one of course must be to pursue with vigor the investigation into who was responsible, what links they had to outside terrorist groups, how the bombers were able to mount such a sophisticated and well-coordinated series of attacks in multiple cities without detection from your intelligence and security services, and what networks may remain so the Sri Lankan people can be sure the threat has abated.”

“One priority during this phase of investigating and hopefully wrapping up any remaining terrorist elements must be for the government and security services to conduct investigations in a professional and impartial manner that respects the rights of all Sri Lankans and does not inadvertently add to the problem.”

“The Government should also make every effort to limit scope and duration of Emergency Rregulations.”

What US Experience Can Teach

Blake said that Sri Lanka can learn from mistakes America made after 9/11.

“Most civil liberties experts believe the US over-reacted by expanding government surveillance without appropriate constitutional checks; by extended detentions at Guantánamo Bay that circumscribed the legal rights of detainees, by extraordinary renditions and interrogations, all of which gave rise to questions of what the limits of government power should be in times of crisis.”

“Our system of checks and balances ultimately righted most of these wrongs, and the press had a powerful role to play in exposing excesses and wrong-doing.”

“Sri Lanka can also benefit from another US lesson learned after 9/11. One of our mistakes was that there was poor communication and intelligence sharing between the CIA, FBI and other agencies. To improve inter-agency communication and cooperation, the Bush White House established a working group of senior technocrats from all the intelligence and law enforcement agencies.”

“This group met regularly to evaluate all intelligence from all sources and agree on responsibility for follow-up on specific threats. The group was headed by Deputy National Security Advisor John Brennan who reported directly to the President. Sri Lanka could benefit from a similar high-level group.”

In this context, Blake recalled how when Gotabaya Rajapaksa was Lankan Defense Secretary during the last Eelam War he set up a committee of experts to advice him an called for a strong and unified national leadership to take decisions and implement them.

Sri Lanka must also be careful not to allow ISIS or other extreme Islamic groups to take root, Blake warned.

“Although the precise role of ISIS in the attacks remains to be investigated, one must ask why Sri Lanka proved a tempting target of opportunity. First, they may have calculated that since Muslim-Christian relations have historically been good, and extreme Islamic thought has never gained wide favor on the island, they and NTJ could organize with undue scrutiny.”

“Secondly, they probably calculated that the security forces have relaxed their efforts since 2009 and to the extent they were still concerned, that concern was more likely on preventing a revival of the LTTE.”

“Having suffered the loss of their self-proclaimed caliphate and territory in Iraq and Syria, ISIS must show its followers it is still relevant and strong. Without a central caliphate, ISIS is metastasizing into smaller units wherever opportunities present themselves. One is in the southern Philippines where they are seeking a beach-head in SE Asia.”

“But they also looking to use bombings such as those in Sri Lanka to sow discord between Muslim, Christian and other communities that they can then exploit for their evil ends. Sri Lanka cannot allow that to happen.”

“Which brings me to my third recommendation, which is that Sri Lanka needs to give new focus and priority to reconciliation and good governance.”

“The Easter Sunday bombings opened a potential new divide in Sri Lanka’s already complex ethnic amalgam. Sri Lanka continues to debate the pace and scope of reforms aimed at reconciliation between Sinhalese and Tamils. Some tensions remain as important priorities such as a Truth and Reconciliation Commission, reparations and accountability, remain on the drawing board.”

“Even as Sinhalese-Tamil reconciliation remains a work in progress, the Easter bombings threaten to open new wounds and cleavages in Sri Lankan society and raise new questions.”

According to Blake the new questions are: “Will the attack on St. Anthony’s church in Batticaloa rekindle memories of the Tamil-Muslim violence in the East during the country’s civil war? Will extremist Sinhalese Buddhist groups seek to exploit popular anger about the attacks to renew their attacks on Muslims as we saw most recently in Kandy in May of last year?”

“Will Christians, themselves the victims of Muslim and Sinhalese Buddhist violence, seek their own retribution?”

“This complex and combustible mix requires the country to come together for a national dialogue. Given the political chasm and open antipathy between the President and Prime Minister, careful thought must be given as to who might lead such efforts.’

“Two good places to start would be Sri Lanka’s religious leaders and its youth groups. Cardinal Ranjith has managed the aftermath of the attacks with considerable aplomb and grace. And there is a long history interfaith dialogue that can help bring these disparate communities together and reduce tensions.”

Blake said that with tensions high and the possibility that social media can be misused to spread false rumors, the communities would be wise to set up an early warning system to monitor rumors and then have senior religious figures quickly deny these.

“This system has worked well in Eastern Indonesia,” he added.

The Lankan government itself has a crucial role to play to heal old and fresh wounds, Blake said and added: “ Every Sri Lankan citizen should be able to count on equal justice and no group that breaks the law or violates the rights of other citizens should be above the law.”

“Renewed thought should be given to increasing Tamil and Muslim recruits in the country’s security services so they more accurately reflect Sri Lankan society as a whole. The same should be done with the civil service.

Islamophobia, already on the rise in India and my own country, should not be allowed to take root in Sri Lanka.”

Calling for a truly national and united leadership, Blake said: “In the end, any country’s response must depend not on its political leaders who too often succumb to the temptation to defend narrow party and personal interests, but rather on the strength of its institutions.”

“The recent constitutional crisis underlined the critical role of independent institutions like the Constitutional Council and the judiciary. Their continued independence will be an important part of restoring faith in Sri Lanka’s ability to recover and prosper.”