Easter Sunday attacks: Apply the Rule Law, bring the perpetrators to justice expeditiously & make Sri Lankan state will be equitable and just to all. – NPC 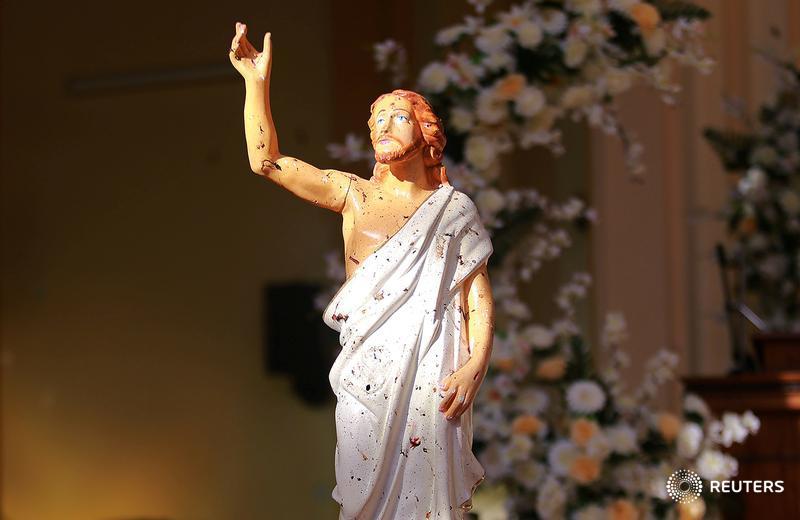 The carnage on Easter Sunday against three Christian churches, three leading hotels and two other locations have killed more than 300 and injured over 500.  The scale and coordinated nature of the bomb attacks have been shocking.  This brings an end to the ten year period of freedom from terror and violence that the country enjoyed.   The National Peace Council condemns these acts of terror which have brought immense suffering to so many of our fellow citizens and also to citizens of foreign countries who were present at the sites that were attacked.

The Prime Minister in his statement stated that a top Sri Lankan police official issued an advisory warning of potential suicide attacks on churches but unfortunately no action was taken to follow up on this warning. The warnings given had not been taken to the advantage of national security and the lives of innocent people.  We are shocked at the evident lack of coordination within the government and urge our political leaders to visibly cooperate with each other in the national interest especially in this time of massive crisis.

NPC is concerned that the attack by suicide bombers, believed to be of a small group of radicalized Muslim, who targeted Christians at worship will lead to increased inter-religious tensions. It is uncertain if this group had international support to plan and carry out these well-coordinated attacks. Already incidents are reported of localized clashes.  Unless constantly resisted by dialogue and interaction, the distancing of the communities can grow to the detriment of peaceful relations.

As an organization that lays an emphasis on inter-religious peacebuilding activities at the local and community levels, NPC can affirm with certainty that the vast majority of people wish to live in tolerance and amity with their fellow co-religionists.  The acts of terror that the country witnessed will get no support from them.  The district and division level inter-religious committees formed by NPC and by other civil society organisations can play a crucial role at this time.

NPC also calls on the government to take all steps to identify the perpetrators, investigate their sources of funding linkages and support and apply the Rule Law bring them to justice expeditiously.  In the longer term there will also remain the long unfulfilled task of identifying and implementing the necessary political reforms that makes every individual and community have faith that the Sri Lankan state will be equitable and just to them.

We call on the state television stations to carry the same discussion topics on their Tamil channels as they do on their Sinhala channels instead of showing films, music and sports thereby undermining the desire of Tamil-speakers to be one with the nation in its suffering. We request that such media programmes be translated for all to understand. We deeply appreciate the service of all medical personnel and citizens who responded to the needs of the victims immediately and with much devotion.  We salute the citizens who had volunteered within the minutes of the call for blood so much so that the blood bank announced that they had sufficient stocks within a short time.  We are confident that the resilience and wisdom in our society will prevail over the forces of division and hate.