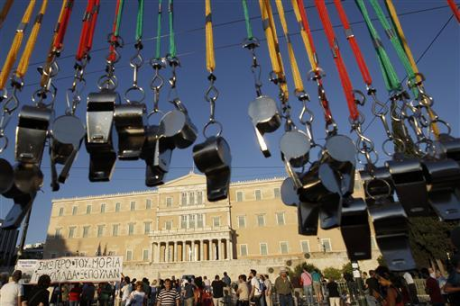 The former chief of the Securities and Exchange Commission (SEC) Thilak Karunaratne has urged retail investors to foray into the Colombo Stock Exchange via unit trusts, because most brokers could not be trusted, with some of them being investigated for using dummy accounts to manipulate the market while some firms were showing their newly bought Mercedes and BMW as assets against which more credit could be generated.
Addressing the annual general meeting of the International Chamber of Commerce recently, Karunaratne said the SEC must be given more powers to minimise market manipulation so that the bourse can thrive with all types of investors having access to a level playing field.

“I encourage retail investors to enter the bourse via unit trusts because some brokers cannot be trusted. Their advice must be taken with a pinch of salt,” he said.

Some brokers had been clamouring for a relaxation of broker credit and had blamed the regulator for the bourse’s recent slump.

“Not all brokers, but some crony brokers have been exerting pressure on the SEC for a relaxation of credit restrictions. This was despite the fact that around Rs. 5.7 billion of unutilized credit was available in the system. We had introduced a formula for credit based on a broker firm’s assets and some of them were showing us their Mercedes and BMWs as assets,” Karunaratne said.

He charged that the post conflict rise of the stock exchange was driven by manipulation and unrestrained credit. “Of course there was the post conflict euphoria but the market’s rise was unbelievable. The market PE peaked at 29 percent at one time and this was ridiculous,” he said.

“Some brokers were using dummy accounts, apart from their own accounts, to trade shares in the stock exchange. These crony brokers and dishonest investors made it seem as if the SEC was over regulating the stock exchange, but this is far from it. They had entered the market with nothing and in a short time built up large fortunes. Despite the measures we took to minimise the manipulation the market still grew,” Karunaratne said.

The SEC had introduced credit restrictions to broker firms, which were later relaxed, because the entire system was at risk from the build-up of a credit bubble, a fact appreciated by four broker firms who wrote to President Mahinda Rajapaksa commending the SEC’s efforts.

JB Securities Ltd, IIFL Securities Ceylon (Pvt) Ltd, CT Smith Stockbrokers (Pvt) Ltd and Somerville Stockbrokers (Pvt) Ltd in their letter to the President said; “The net capital computation formula before the 16th July directive was extremely accommodative to the current environment. It does not require haircutting based on impact cost (illiquid securities require a greater hair cut) and value at risk (volatility) when determining the collateral value. Thus the degree of credit that can be extended is much greater than if a best practice standard was in force. Further, the required minimum net capital is a mere Rs. 35 million from which a leverage of 3x is permissible.

“Foremost in our minds is the steps that can be taken to reduce systemic risk – risk of collapse of an entire market as opposed to the risk associated with any individual entity, group or component of a system. In particular we are most concerned with contra party risk and the comingling risk of client credit balances, i.e. there is no delineation between client and contra creditors from all other creditors during bankruptcy.

“In the normal course of business some clients maintain credit balances in their brokerage account. As per CSE rules client funds have to be segregated into a separate designated account. Although these funds are maintained in a segregated account there is no legal ring fencing of these balances thus in the event of a firm bankruptcy these client credit balances will be pooled with all other assets of the firm. In the event of such an occurrence there exists a strong possibility of a contagion risk to ALL other brokers where market participants will lose confidence in their stability.”

The market slump began in 2011 and continued until recently after Karunaratne resigned from office, to be the second SEC Chairperson to do so after Indrani Sugathadasa less than a year earlier, after influential investors and their crony brokers lobbied successfully for a halt to investigations into rampant market manipulation.

He said the slump was due mostly to macroeconomic fundamentals, which some brokers had concurred with (see The Island Financial Review of August 27, 2012).

“We have a net inflow of foreign investments into the bourse this year because the market is attractively valued with a PE of 10.59 percent. But the recent uptrend in the bourse is disturbing with the PE moving above 13 percent and some stocks are rising in price and a careful look at fundamentals will show that it is not worth the while,” Karunaratne said, urging retail investors to be cautious.

He said retail investors should form an association which would have to be natured by the SEC and stock exchange so that independent monitoring could be possible.

“Such associations in Canada, Malaysia and Thailand can even take listed companies to courts if proper information is not made public,” Karunaratne said adding that the many of the recent IPOs had been overvalued.

He said the SEC had finalised a draft amendment to the SEC Act which would give the SEC more powers to deal with market manipulation.
IS
photo: www.trust.org/