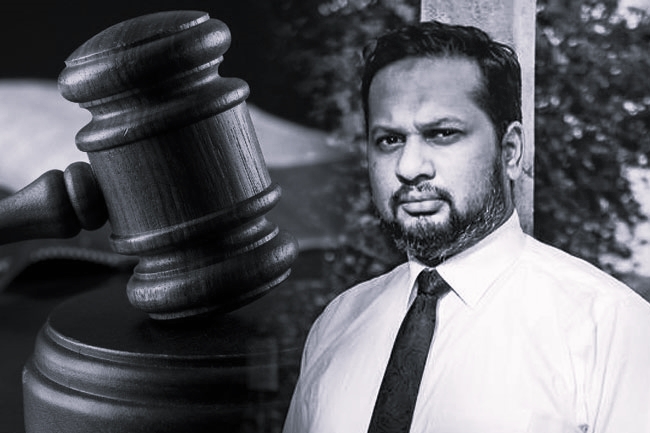 In deciding to enlarge Hejaaz Hisbullah on bail the Court of Appeal says that “Ultimately, it is up to the Legislature to ensure that the draconian elements of the law combating terrorism are dispensed with per modern day contexts. Until such time, it is the judiciary’s duty to employ existing legal provisions and constitutional powers to interpret the same elements in the interests of justice.

“Since [the act was enacted], four decades have passed, and the PTA has strayed far away from its historical context. The PTA, if in its application and implementation, creates a vicious cycle of abuse, the very purpose of the statute will be defeated.

“However, it is alleged that the PTA has been utilised at times to the detriment of personal liberty by its draconian implementation.”

Full text of the verdict follows:

In the matter of an application for the exercise of Revisionary Jurisdiction in terms of Article 138 of the Constitution read together with the High Court of the  Provinces  (Special Provisions) Act, No 19 of 1990 (as amended)

This is a revision application filed on 31.01.2022 by the 1st accused petitioner (hereinafter referred to as the petitioner) in the High Court of Puttalam Case No HC 78/2021. Petitioner impugns the Order dated 28.01.2022 of the same court, which refused to enlarge the petitioner on bail. Aggrieved by the said decision, the petitioner has invoked the jurisdiction of this Court to grant bail and/or release the petitioner from custody subject to any conditions as deemed appropriate by Court of Appeal.

Both parties were represented when the application was supported on 02.02.2022.

The President’s Counsel for the petitioner made a comprehensive submission on the application of Section 15 of the Prevention of Terrorism Act (hereinafter referred to as the PTA), contending that the word ‘shall’ appearing in the Section must be construed as ‘directive’ rather than ‘mandatory’. Parallels were drawn to Fundamental Rights jurisdiction (‘shall’ used in Article 126(5) is only ‘directive’ and is not/cannot be ‘mandatory’).  Case  law  under  the  Immigrants  and Emigrants Act (Thilanga Sumathipala v Inspector General of Police and Others (2004)  1 SLR 210 and Sumanadasa and 205 Others v Attorney General (2006) 3 SLR 202) were also referred to, thereby submitting that the judicial interpretation of the word ‘shall’ is meant to be ‘directive’. In doing so, the learned President’s Counsel submitted that the High Court has jurisdiction  to  grant  bail  under  the PTA and that in any event, by  virtue  of Articles 138 and  145 of the Constitution and inherent powers, the Court of Appeal is empowered to release the petitioner on bail. It was further contended that  as  the Attorney  General has consented  to the petitioner’s release on bail, the petitioner need not  establish  any  other grounds in his application.

Having briefly set out the submissions by both parties, this Court will now provide the factual background of the instant application.

The petitioner was arrested on 14.04.2020. An indictment against the petitioner and the 2nd accused was forwarded by the Attorney General’s Department on 12.03.2021, charging both under Section 2(1)(h) of the PTA  and Section  3(1)  of the International Covenant on Civil and  Political  Rights Act  (hereinafter  referred to as the ICCPR). The said indictment was served on the petitioner on 15.07.2021.

On 08.10.2021 counsel for the petitioner and the 2nd accused made an application for bail which the High Court of Puttalam refused by order dated 19.11.2021. Against such an order, the petitioner filed revision application CA/PHC/APN 128/2021. When the matter was taken up for inquiry on 21.01.2022, the Deputy Solicitor General appearing for the respondent made an undertaking that the Attorney General would consent to an application for bail if such application was made in the High Court after day’s proceedings on 28.01.2022. On the said date, the learned High Court Judge delivered an order refusing to enlarge the petitioner and 2nd accused on bail by relying on the precedent set by Nithyanathan and Others v Attorney General 1983 2 SLR 251. However, the facts and circumstances of the above case and the present application are not similar. Aggrieved by the said order, the present application has been preferred.

Hence, the primary contention to be dealt with by this Court is whether the petitioner could be enlarged on bail.

The Constitution of Sri Lanka has endowed wide powers of revision to the Court of Appeal. Article 145 is an explicit recognition of such power which provides that the:

“The Court of Appeal may, ex mero motu or on any application made, call for, inspect and examine any record of any Court of Frist Instance  and in the exercise of its revisionary powers may make any order thereon as the interests of justice may require.”

In addition to these specific factual circumstances of the instant case, it is pertinent to evaluate whether the Court of Appeal, in exercising its revisionary powers, can consider a bail application when an applicant has been charged under the PTA.

The PTA is the result of a Bill titled “An Act to make temporary provisions for the prevention of  acts  of  terrorism  in  Sri  Lanka,  the  prevention  of  unlawful  activities of  any  individual,  group  of  individuals,  association,  organization  or  body   of persons  within  Sri  Lanka  or  outside  Sri  Lanka  and  for  matters  connected therewith or incidental thereto” which was referred to the Supreme Court by His Excellency the President in terms of Article 122 (1) (b) of the Constitution ( as an Urgent Bill ). The Supreme Court, in examining the same, observed that the only question which  it  must  decide  is  whether  such  Bill  requires  approval  by  the People at a Referendum  by  virtue  of  the  provisions  of  Article  83  or  whether  it must comply  with paragraph (1)  and (2) of  Article 82 of the  Constitution. (SD No

7 of 1979 P/Parl/13 pronounced on 17.07.1979). In presenting the Bill to Parliament, reference was made to similar legislations from comparative jurisdictions such as Prevention of Terrorism Act No 76 of the United Kingdom and Australian Crime and Inter-National Protected Persons Act of 1976. A careful reading of the corresponding Hansard (in 1979 Volume 5 Columns 1428- 1596) clearly sets out the ‘temporary’ nature  of  the  statute  highlighting  in  specificity the contextualised  enactment of  the same. Reference was made  to ‘terrorism’ in the context of separatist ideology perpetuated by the objective to ‘establish Eelam’ and delineate the intention of passing the legislation to ‘completely wipe out’ terrorism. The Preamble of the Act, inter alia, states the following:

“………..AND WHEREAS public order in Sri Lanka continues to be endangered by elements or groups of persons or associations that advocate the use of force or the commission of crime as means of, or as an aid in, accomplishing governmental change within Sri Lanka, and who have resorted to acts of murder and threats of murder of members of Parliament and of local authorities, police officers, and witnesses to such acts and other law abiding and innocent citizens, as well as commission of other acts of terrorism such as armed robbery, damage to State property and other acts involving actual or threatened, coercion, intimidation and violence;……………………………………………………………. ”

Since then, four decades have passed, and the PTA has strayed far away from its historical context. The PTA, if in its application and implementation, creates a vicious cycle of abuse, the very purpose of the statute will be defeated. The Preamble of the Act refers to the affirmation that “……. men and institutions remain free only when freedom is founded upon respect for the Rule of Law and that grievances should be redressed by constitutional methods          ”

(Emphasis added). However, it is alleged that the PTA has been utilised at times to the detriment of personal liberty by its draconian implementation.

In such a context, even the Executive  branch  of  the  Government  is  considering the amendment of the PTA (The Gazette of the Democratic Socialist of Sri Lanka Part II of  January  21,2022; Issued on  27.01.2022 and published  by  the  Minister of Foreign Affairs), expressing a willingness to balance the need to eradicate terrorism against personal liberty as enshrined  in  the  Fundamental  Rights Chapter of the Constitution.

Ultimately, it is up to the Legislature to ensure that the draconian elements of the law combating terrorism are dispensed with per modern day contexts. Until such time, it is the judiciary’s duty to employ existing legal provisions and constitutional powers to interpret the same elements in the interests of justice. His Lordship Justice Sripavan (as he was then) in Thilanga Sumathipala V AG (Supra) held that “where the statute fails to provide a solution or offers a solution that is inconsistent with the basis of natural justice provisions of the Constitution the court is forced to frame a new precedent that will not exhibit these defects”. As observed above, the Court of Appeal is empowered to fulfil just that in exercising its revisionary jurisdiction under Article 145 of the Constitution.

As such, Section 15(2) of the PTA which provides that “upon the indictment being received in the High Court against any person in respect of any offence under this Act or any offence to which the provisions of section 23 shall apply, the court shall, in every case, order the remand of such person until the conclusion of the trial” should be construed in a manner that the powers vested with the Court of Appeal is not abrogated. This is in line with the sovereignty of people as enshrined in Article 4 of the Constitution which provides that the judicial power of the people is exercised vis-à-vis the Court. Any attempt to abrogate the powers delineated by the Constitution itself would be tantamount to an interference with the sovereignty of the people.

As such, it is the considered view of this Court that the revisionary powers vested with the Court of Appeal allows the same to consider the grant/refusal of bail for suspects/accused under the PTA.

Having thus examined the jurisdiction vested with this Court to evaluate the present application, the case’s specific circumstances as elicited above must be considered.

Coupled with the same, the period of incarceration in view of the sentence that may be imposed on the petitioner if convicted, and the legal  impediment preventing the petitioner from seeking bail from the trial court,  it  is  the considered view of this Court that the circumstance of the instant application warrants the intervention of the Court of Appeal in the interests of justice.

JUDGE OF THE COURT OF APPEAL

JUDGE OF THE COURT OF APPEAL