Dr. Channa Jayasumana and the quality of university dons! Not this, definitely ! – Kusal Perera 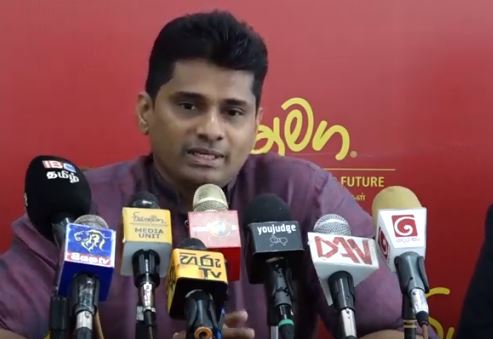 To read the interview by Kelum Bandara with the Rajarata Medical Faculty teacher Dr. Channa Jayasumana that appeared in the DM of 16 February (2017) captioned “Sinhalese Culture and Theravada Buddhism have inseparable links” was disappointing and disgusting to say the least. If Bandara intended to present to the “Reader” the quality of university teachers in the Rajarata Medical Faculty, well, then I honestly admire him.

Reading the interview it was more than evident, Jayasumana a medical doctor [wonder from where he graduated] sounds a true fraud.

i) as he has no clue what “culture” is and how the so called “Sinhala” culture evolved ii) has no proof but rhetoric based on blind beliefs on historical assumptions he makes iii) has no faith in the medical science he is teaching the students at the Rajarata university. Let me take the last issue, first. This is Jayasumana’s world view and his belief, his trust deficit on what he learnt. “In the name of modernism, what had happened in 15th and 16th centuries in Europe is the introduction of one-God concept, leaving the concept of multiple Gods. They believe in one God……With the introduction of this new philosophy in Europe, it was spread throughout the world in the name of Protestantism, science, modern art and culture. It is the spreading of Maradivyaputhra’s power.” And then he says, “Actually, we have had a great tradition of medicine based on Buddhist teachings. We have had a great knowledge system. It is basically dependent on spiritual development….. Still, we have a few such good persons with spiritual development who can communicate with invisible spirits and gain knowledge.”

While all this is sheer hallucination, this also spells out his intellectual incapacity as a teacher in a medical faculty where Western Medicine is taught. According to Jayasumana, the ancient “Sinhala vedamahaththaya” who communicates with invisible spirits and gains knowledge is far superior to our MBBS qualified doctors. On his own argument, what he teaches the undergrads at the medical faculty is a project of Western imperialism to destroy Buddhism.Why is he then continuing with it?

Should a person of such unscientific mind be allowed to teach students at a medical faculty? It is too dangerous to allow such a confused, unscientific person to teach in any university, let alone in a medical faculty. And therefore this brings to focus a very serious issue before authorities, especially the UGC and the higher education ministry, as to what quality of academics they would allow in universities. Will they allow a university teacher who does not believe and trust the very subject knowledge he/she teaches the students, to continue teaching in the faculty? All those who are on the roads raising questions on the quality of medical education at SAITM that should not be compromised (agreed without questions) should also now raise the same issue with the quality of education at the Rajarata University Medical Faculty.What quality with teachers who don’t believe and accept medical science, teaching medical undergrads ?
A person with honour, one who is true to his own conscience who does not believe, does not have confidence in and trust the subject knowledge he/she had gained, would honourably resign from teaching that subject to others. A morally sound person would not teach to the younger generation any subject matter that he/she rejects as fake. Wouldn’t it prove I am discussing an academic fraud?

” A person with honour, one who is true to his own conscience who does not believe, does not have confidence in and trust the subject knowledge he/she had gained, would honourably resign from teaching that subject to others”

His understanding of “Sinhala” culture and Theravada Buddhism is also utterly chaotic. “Culture” is not something static and frozen in history. Culture is everything about individual and collective living. IF Jayasumana believes the “Sinhala culture” was there since Pandukhabaya, he is tribal in his intellectual life. Ancient Lankan life, like human life everywhere, evolved through very many external influences and interventions creating its own dynamics. All such influences and interventions changed and shaped culture anew, right along history and over centuries.

Cultural change is so phenomenal, how ancient men dressed and had their hair is not how we do it now. That needs no proof than a photograph of those noblemen who signed the Kandyan Accord in 1815. Ancient women’s dress that was according to caste is not how women dress now. Cultural change is one reason we don’t see bare breasted women in society anymore. How we cook our food is not how the ancient villager or the Royals had their food cooked. Even the daily menu is different. So are marriage traditions. Wonder if Jayasumana would now want the old marriage tradition of living with all the sisters of a family taking them as wives (called ‘binnabeheema’) or sharing a single wife with all brothers (ekageyikema)? That was our ancient “Sinhala” marriage tradition 200 years ago, replaced by the present Victorian culture of a “nucleus” family after the British took over the island.

Even language, a major contributor to culture is that. Language evolves, grows through time and with borrowings from other languages. The Sinhala language that Jayasumana reads, writes and speak today wasn’t in existence during Anuradhapura and Polonnaruwa eras. That is why we don’t have a single stone inscription in “Sinhala” as we know today. That was why writing on the walls of Sigiriya (kurutu gee) could not be read till Paranavithana waded through that unknown script.One needn’t go far back into history to learn how language changes and evolves. One should read W.A. de Silva’s novels and the present day novels to see how much even the Sinhala that we know of has changed. The Sinhala vocabulary Piyadasa Sirisena and W.A. de Silva used perhaps had far less words than what the present day writers have. Colonial interventions from 1505 have introduced many hundreds of foreign words that we don’t even care to know whether they are foreign. If one removes those foreign words in everyday use like paan, bus, lorry, visa, channelling, shirt/kamise, fax, cinema, booruwa we will not be able to even communicate in this modern world. Obviously new technology, new knowledge, new concepts have introduced new words that wasn’t even possible then to imagine.

So what is Sinhala culture? Is it the culture of the bare breasted women and men with long hair knotted at the nape, where common punishment was to clap the guilty in wooden blocks (dandukandegaseema), eat whatever was available in the backyard, live within the birth village with no modes of transport and go to a spiritual healer when sick? Or is it the culture of colours and fast changing fashions seen in women and men, where women drive the same cars and scooters the men drive on well carpeted roads that wasn’t even known before the British came, sit in cafes and restaurants to order menus from China, India, or the West and shop in large departmental stores for everything from mobile phones to designer wear and imported processed food? Can Jayasumana say our “Sinhala culture” is that of the bare breasted women of the past and not that of the T-shirt and denim wearing women of the present?

Even his talk of Buddhism is more primitive than that of an ordinary village “upasaka”. Theravada Buddhism is not about believing in multiple Gods as he believes. Theravada Buddhism is known to retain the philosophical base of what Lord Buddha presented in his preaching as the ultimate bliss achieved in concluding an otherwise never ending occurrence of re-birth (Samsara chakra). Jayasumana claims pre-Pandukabhaya era Lankans knew and understood this “Samsara chakra” even before Buddhism arrived on this soil. How on earth he assumes that is not known for most what he says lacks evidence other than his loony imaginations.

What is more important is the fact the concluding of this Samsara chakra cannot be achieved by believing in “multiple Gods”. That ultimate bliss can only be achieved through a well disciplined mind that neither craves for luxuries in life nor goes on pauperised living. His notion of Theravada Buddhism with “Budhusaranayi – Devi pihitayi” (May Buddha lead and Gods assist) has nothing to do with Buddha’s philosophical teachings. His Theravada Buddhism is a ritualistic practice with what he calls “Buddhist divinities”. That is nothing more than the Hindu concept of laying oneself at the mercy of the divine.
Unfortunately for the students at the Rajarata Medical Faculty, their teacher does not even know what “traditional medicine” is. That traditional medicine is very primitive and is far less developed than “Ayurveda” practised here as one alternative to Western medicine. He is confused with men who used occult practices in their treatments and as he says “….could even communicate with certain invisible forces.”

In everything he had said, he proves he knows nothing about culture, about Buddhism and about history of ancient Ceylon. Thus my appreciation of Kelum Bandara’s effort in presenting to the reader, the quality and intellectual capacity of those articulate teachers in State Universities.