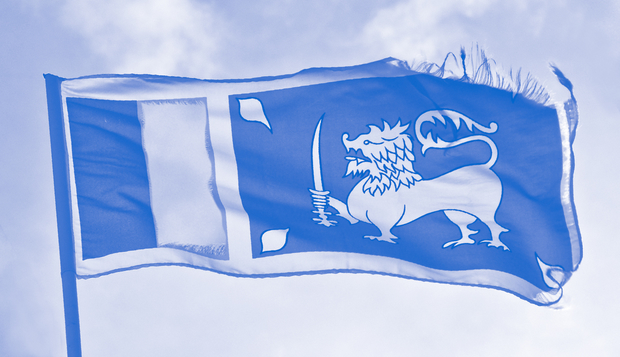 By the Editors
Sri Lanka was for decades an example of how sectarian conflict can wreck an otherwise fortunate country. It has had three years to show how devolving power to an ethnic minority can bring about lasting peace. Now it looks as if the opportunity will be lost.


Sri Lanka paid an enormous price to bring 26 years of civil war to an end. An estimated 40,000 people died in the last months of fighting in 2009, bringing the conflict’s final toll to more than 100,000. This includes a sitting president, Ranasinghe Premadasa, and a former Indian prime minister, Rajiv Gandhi, who were killed in suicide bombings by the separatist Liberation Tigers of Tamil Eelam.

Yet there was hope of peace with the victorious government’s offer to cede autonomy to the country’s ethnic Tamil minority, most of whom live in the north and east. Unfortunately, Sri Lankan President Mahinda Rajapaksa now intimates that he has no intention of following through on that offer.

In a speech Feb. 4, Rajapaksa said it wasn’t necessary to have “different administrations based on ethnicity.” He was referring, presumably, to his promise to devolve power to provincial councils. Already, the central government, which is dominated by the country’s majority Sinhalese, has denied these bodies even limited powers — notably over land and police — that they are guaranteed under the constitution’s 13th amendment. The Tamil-majority northern province hasn’t been allowed to so much as have a council.

In October, Rajapaksa’s brother Gotabaya, the powerful secretary to the Defense Ministry, called for the 13th amendment’s repeal. Then last month, after a Supreme Court ruling affirmed the amendment, the country’s parliament, which is controlled by the president’s party, removed the chief justice. This alarmed not just Tamils but also the Sinhalese middle class.

Meanwhile, the government has made no significant effort to account for atrocities committed during the civil war and continues to treat Tamils harshly. Detention without trial, arbitrary arrests and disappearances persist in the north and east.

The Tamil National Alliance, a coalition of political parties, has been trying to negotiate improved conditions and genuine self-rule. The Rajapaksa brothers don’t seem to take the TNA seriously. Gotabaya has observed that with the battlefield defeat of the Tigers, the government is under no pressure to make concessions.

In response, some TNA leaders have begun hinting that separatism remains an option. Such talk, in turn, strengthens Sinhalese nationalists who argue that the Tamils would only pocket concessions on self-rule and move on to pursuing their own state.

Yet the Rajapaksas — a third brother, Basil, is the minister of economic development — aren’t entirely unmovable. They still seem to care how they are regarded in the wider world.

The government lobbied hard in its own defense last year at the annual meeting of the United Nations Human Rights Council. The body nonetheless approved a resolution noting that Sri Lanka’s postwar Lessons Learnt and Reconciliation Commissiondownplayed war-crimes allegations. The resolution also called onthe government to implement the reconciliation commission’s recommendations. Sri Lanka responded in July with a vague framework that put the military and police in charge of investigating themselves.

The U.S. has said it will sponsor a new resolution at the Human Rights Council’s session beginning Feb. 25. U.S. officials should work to persuade the group’s 47 members to use tough language that lets the Rajapaksas know Sri Lanka can’t jettison its obligations to its own people and escape a public shaming.

In addition, members of the Commonwealth of Nations should revisit the decision to hold their biennial summit in Sri Lanka in November, a major coup for the Rajapaksas. Canada has said its prime minister, Stephen Harper, won’t attend unless the government addresses issues such as reconciliation with the Tamils and the judiciary’s independence; the U.K. has taken a similar approach.

It has been argued that leaning on the Rajapaksas will only push them further into the embrace of the Chinese, who have big investments in Sri Lanka and little interest in how the Tamils are treated. Yet Sri Lanka, with its parliamentary traditions and customary separation of powers, lives more comfortably in the sphere of other democracies. The Rajapaksas know what it takes to belong in that club. They need only keep the commitments they’ve made.

To contact the Bloomberg View editorial board: [email protected].