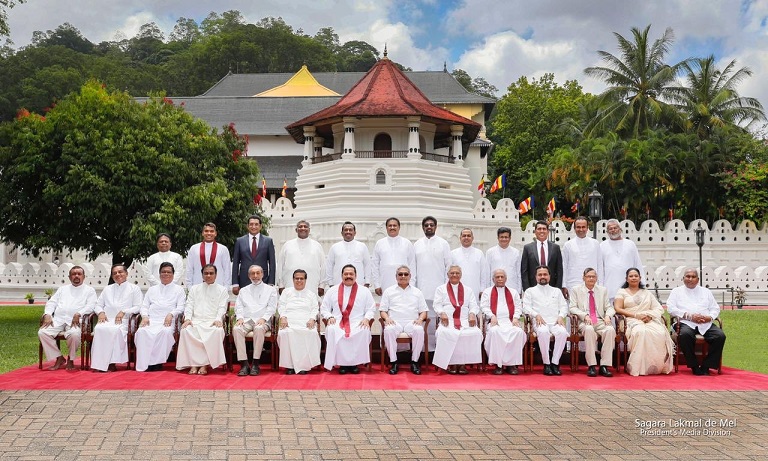 Praja Research Team has analyzed the representation of the new cabinet of Sri Lanka and identified the following facts.

It has four members from Rajapakse family, namely Gotabhaya, Mahinda, Chamal and Namal.

There is only one woman but no portfolio is for women’s affairs.

One Tamil and one Muslim Ministers represent the cabinet.

In concern to main religions, there are 23 Buddhist, one Hindu, one Christian and one Muslim

There is no representation from minority gender communities such as LGBTIQ in the cabinet.

The caste system is one of the very important factors that dominate the Sri Lankan election. Eighteen (18) of the Ministers represent Govigama caste. Karawa, Durawa, Bathgama and Nekathy castes also have representation.

In terms of the age, the youngest cabinet minister is 34 years old Namal Rajapakse, whereas the oldest Minister is 81 years old Vasudeva Nanayakkara.

Two ministers are from the national list. They are also based in Colombo.

Eastern province does not have ministerial representation.

Original Caption: WHAT IS THE SOCIAL REPRESENTATION OF THE NEW CABINET OF SRI LANKA?