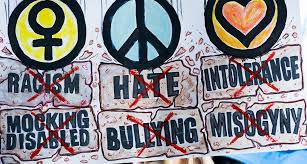 Here in Sri Lanka, the response to recent communal riots was to temporarily ban social media. An extra-ordinary move indeed. We should ask ourselves whether it was Facebook that caused the riots in 1915, the 1970s, the 1980s. Or is it a convenient excuse to stifle criticism of the Government’s handling of the crisis and to ignore the root causes of these issues?

The question of hate speech legislation has been revived in Sri Lanka following recent communal tensions in the country. This represents an understandable reaction by the public to vitriolic rhetoric and violence from extremist segments of society.

However, there is already an established range of speech laws in Sri Lanka. The incorporation of the ICCPR into domestic law, the speech provisions of the constitution and the penal code actually provide quite extensive legislative provisions towards speech. The issue is therefore not one of new legislation, but enforcement of existing ones.

Unfortunately, the targeting of hate speech often results in nothing but a pyrrhic victory, whilst ignoring the root causes of many problems. It is open to significant abuse and serves as a useful tool for governments wishing to stifle criticism and distract from the real issues.

It is for this reason that at this juncture where Sri Lanka is contemplating the direction of its policy towards speech laws, it is worthwhile to consider the fundamentals of what hate speech is and why is the freedom of speech such an important concept.

What is hate speech?

In considering this question, we should first consider what is ‘speech’? This is something that goes beyond mere verbal communication. It includes what you write, pictures, videos, music etc. According to US case law (Citizens United vs FEC (2010)), even the spending of money in the context of financing political campaign groups is viewed as a form of speech. Speech could therefore be described as the expression of ideas and viewpoints.

People often assume this is an obvious answer. They assume hate is just bad people saying bad things. But when you bring the weight of the law into the equation, definitions become incredibly important. Clear definitions are vital to ensure that the law can at least attempt to ensure consistency in its application.

It is arguably impossible to give the word hate a conclusive legal definition. The word is influenced by a wide spectrum of subjective, regional and societal factors. What is hate in one country, may not be in the other. What was hate a few decades ago, may not be today.

If you refer to the dictionary, hate is described as an intense or extremely strong dislike towards someone or something. It would be absurd to take this literally in a legal sense. It certainly should not be hate speech to say that you hate eating vegetables, or you hate our politicians.

This is because true political and ideological discourse cannot exist without opposing parties attacking each other’s ideas, often laced with hyperbole and extreme dislike for the other person’s viewpoint.

A quick look at the international treaties shows that the International Convention on the Elimination of All Forms of Racial Discrimination (ICERD) targets speech that justify or promote racial hatred. The International Covenant on Civil and Political Rights (ICCPR) prohibits any advocacy of national, racial or religious hatred that constitutes incitement. It is clear that the word hate is used as a tool to denote a certain threshold after which certain types of speech becomes unacceptable.

The problem with this is that this threshold at which speech becomes hate, is determined by societal conventions. There are serious risks in relying on social norms of morality when restricting speech. Social norms are determined through social arguments which are contested through society. It is the interplay between contrasting ideologies that make up culture itself. They are therefore, constantly in a state of flux, where new social norms are born and old ones fade away through public discourse. It is something ever-evolving and is very difficult to officiate.

Racist views used to be an official and accepted part of European cultural norms. In fact, one of the arguments against Jewish communities in Britain was that they could not assimilate into liberal western culture due to their Old Testament values. In the past, and even today in certain parts of the world, blasphemous speech such as denying the existence of God would certainly be considered hateful – and would get you imprisoned, or likely worse. Galileo, had to face the consequences of being convicted of heresy for his heliocentric views that it was actually the Earth that revolves around the Sun, rather than the other way around.

Social norms are disproportionately shaped by the majority opinion. By deciding through legislation what is culturally acceptable based on popular opinion – the intuitions of the hegemonic class will become entrenched in the societal system, at the expense of minority voices to the contrary. This ends up contradicting the original intention of protecting minority rights, and often could end up as a chimera for control over society.

I will add here that there should at the very least be a distinction between racist and religious speech. The right to offend is something of great value to society, and the particular nature of religion is that it is entirely ideological in nature. It represents the deeply subjective ideas that people hold and any views to the contrary are inevitably offensive to them. The views of an atheist will inevitably be highly offensive to the majority of religious people, but it would be absurd to deem that hate speech.

Hate Speech legislation is something that should be approached with extreme caution. At the end of the day it is a decision to be taken by society as to what degree of control over speech it is willing to give up in the name of security. History and culture often plays a role in attitudes towards this – and Europe’s more restrictive laws on speech can be explained by its colonial and WW2 past as opposed to the US’ more free speech centered, first amendment approach.

Whilst there may be certain instances where restriction is necessary (such as direct incitement to violence) – mere offensiveness is a dangerous thing to legislate against. The chilling effect on democratic discourse that Hate Speech laws can have in the wrong hands provide plenty reason to be careful.

Why is free speech so important?

‘I disapprove of what you say, but will defend to the death your right to say it’ – Evelyn Beatrice Hall.

‘Think for yourselves, and allow others the privilege to do so, too’ – Voltaire.

It’s very easy in modern times to take this fundamental right for granted. People might question why they should defend the free speech of people who express views that they find so odious.

Speech is the means through which an individual finds his place in society. By expressing oneself and contributing to public discourse, one is able to clarify what they think and to construct their own understanding of the world and their relationship to it.

The work of John Stuart Mill, written in the 1800’s, still remains incredibly pertinent today. Here are 3 key points summarised from his essay ‘On Liberty’;

Restricting speech always runs the risk of suppressing ideas which have value to society. It only strengthens the established view.

In an argument with opposing sides, usually each side will contain at least some degree of truth. And it is only when ideologies clash that the real truth is revealed.

Even if the established view is correct, if people are not repeatedly challenged by opposing views, they will only be indoctrinated and will be unable to justify their position when faced with the other side. Their ideas will be fragile and they will be unable to construct their own or effectively advocate their own viewpoints.

What Mill’s ideas show is that the restriction of free expression from public discourse always runs the risk of the stultification of societal progress.

The thing is, everyone loves free speech. Or at least – their own free speech. It’s the speech of other people that they become most concerned about.

Hate speech laws have a history of being a rather ineffective way of countering a society’s problems. In the Weimar Republic of Germany, during the rise of the Nazis, there were established hate speech laws in place.

Some of the most prominent Nazis such as Joseph Goebbels and Julius Streicher were prosecuted for anti-Semitic speech. The effect of this was that they received the kind of public platform and attention that they would not have otherwise. It ended up reinvigorating their supporters. This isn’t to deny the terrible effect of Nazi propaganda in bolstering anti-Semitic views – but to show that hate speech laws aren’t always the magical answer to combatting dangerous ideologies.

Here in Sri Lanka, the response to recent communal riots was to temporarily ban social media. An extra-ordinary move indeed. We should ask ourselves whether it was Facebook that caused the riots in 1915, the 1970s, the 1980s. Or is it a convenient excuse to stifle criticism of the Government’s handling of the crisis and to ignore the root causes of these issues? It is often difficult to distinguish between speech that directly causes harmful views, and speech that is symptomatic of certain views developing within society.

Whenever faced with the question of restricting speech, consider who judges the judges of speech? If we can’t even trust the Government with the Central Bank – can we be confident in giving up our personal autonomy to allow the Government to decide what you can think and say? Would we give them the power to criminalise ideas over actions?

In the legal field, people call this the slippery slope argument – that allowing one thing will risk opening the floodgates for all sorts of other bad things. But I would perhaps suggest, that giving up the power over speech to a Government such as this, would not only be a slippery slope – but a steep and dangerous cliff indeed.