Do not dilute the 13 A and bring Lankan Tamils into mainstream: Khurshid 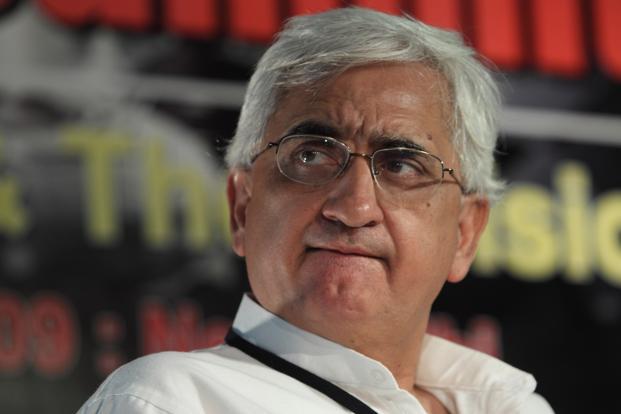 Since 2009, India has been nudging Sri Lanka to move quickly on the integration of the Tamils New Delhi: India’s external affairs minister Salman Khurshid on Friday urged Sri Lanka to fully implement its pledges to integrate the minority Tamils into the country’s political mainstream as the island-nation announced polls to the predominantly Tamil-dominated Northern Province in September.
The minister conveyed the message to Basil Rajapaksa, minister for economic development and brother of Sri Lankan President Mahinda Rajapaksa, who is on a visit to India, the ministry of external affairs said in a statement.

“The external affairs minister expressed his appreciation for the announcement of the conduct of elections to the Northern Province,” the statement said, referring to the polls that are seen as a crucial step in the process of political reconciliation since the end of a brutal three-decade-long civil war.

This refers to the changes in the Sri Lankan constitution aimed at devolving more political freedom to the minority Tamils, who form about 12% of Sri Lanka’s population.

The 13th Amendment to the Sri Lankan constitution was enacted by the Sri Lankan government after the Indo-Sri Lankan Agreement of 1987 and provided for setting up provincial councils with the devolution of police and political powers to them. Sections of Sri Lanka’s ruling coalition have called for either repealing or removing some of the provisions of the amendment. According to a PTI report, Khurshid had spoken to his Sri Lankan counterpart G.L. Peiris recently and underlined the need to leave the amendment unchanged.

In his meeting with a group of Tamil National Alliance lawmakers from Sri Lanka in New Delhi last month, Prime Minister Manmohan Singh had expressed his “dismay” at attempts to dilute the amendment, the Indian foreign ministry said.

India has its reservations over the move as it feels this could fuel feelings of alienation within the Tamil community.

The three-decade civil war between the minority Tamils and the majority Sinhalese that claimed tens of thousands of lives ended in May 2009 with the killing of the Tamil Tiger rebel chief Velupillai Prabhakaran.

Since 2009, India has been nudging Sri Lanka to move quickly on the integration of the Tamils into the national mainstream. Sri Lanka, on its part, has been saying that it would proceed at a pace it was comfortable with.

“Rajapaksa expressed his appreciation for the vast number of projects that are being undertaken by India especially in the Northern and Eastern provinces,” the Indian statement said, referring to rehabilitation and relief works undertaken by the Indian government that also includes the construction of 50,000 houses for the internally displaced—mostly Tamils.

Basil Rajapaksa said “there was great appreciation amongst the people of Sri Lanka for the variety of projects being undertaken, especially the housing project (for people displaced by the civil war), which was proceeding extremely well,” it added.

A statement from the Sri Lankan high commission in New Delhi said Khurshid “expressed appreciation of the efforts taken by the government of Sri Lanka in reconstruction, resettlement, and infrastructure development as well as the steps taken to improve the livelihoods of the people in the Northern Province”.