Do not default on implementing the 25% legally binding quota for women! 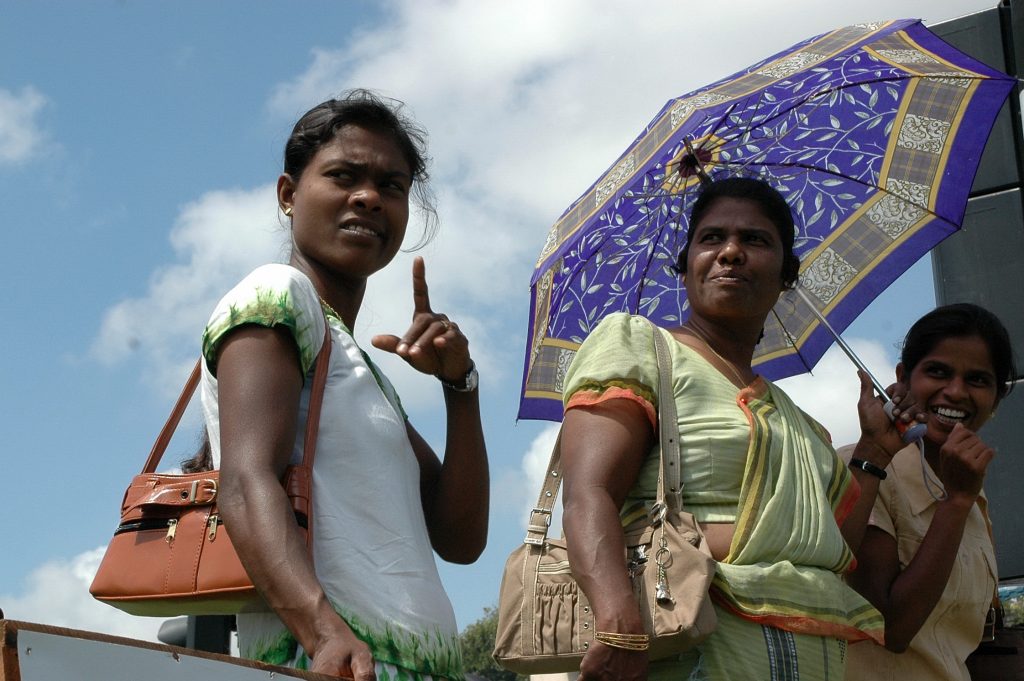 Statement: Letter to the Elections Commission, Leaders of Political Parties and the Speaker of the House of Parliament DO NOT Default on Implementing the 25% Legally Binding Quota for Women.

(Monday, 19th February 2018. )We the undersigned Civil Society Organisations, including women’s groups, and women’s rights advocates are writing to call on the Chairman and Members of the Election Commission to implement fully the 25% quota for women in accordance with the Local Authorities Elections (Amendment) Act No. 16 of 2017.

We understand from media reportage and other sources that following the 10th February local government elections, certain political parties feel that they have to bear an ‘unfair’ burden in fulfilling the women’s quota, which has already been clearly established by law. We understand that political parties in consultation with the Elections Commission and the Attorney General’s Department are considering revisions to the law. We are extremely concerned at these developments. We welcomed the law as a significant victory to redress historic discrimination against women and strongly appeal to political parties and the Election Commission to respect the spirit of the 25% quota and refrain from any reductions to the agreed level of women’s representation.

We recognize that there are exceptions to the 25% quota for women. According to the law, if the number of members elected from a political party results in an ‘overhang’ and thereby exceeds the number ascertained to be elected as members and such number of members do not include any women members, then the political party is not bound to fulfill the quota. Similarly, if a political party or independent group has received less than 20% of votes in a local authority area and is entitled to less than 3 members, they are also exempt from appointing the requisite 25% women.

While this may not appear to be fair, it was discussed in the context of women being afforded the opportunity of contesting for only a minimum 10% of the wards, which was also not an equal provision. This was thus the formulation that was discussed, debated and agreed on by all political parties in Parliament and adopted as law. Only these two exceptions have been included in the law. As noted in section 25 of the Local Authorities Elections (Amendment) Act, No. 16 of 2017, when the number of women members elected for all wards for any political party or independent group is less than the 25% quota, then the “shortfall in the number of members shall be returned from among the women candidates in the first nomination paper or the additional nomination paper….”

To now reduce the quota following a free and fair election conducted under the new amendments, at the behest of the Chairman of the Elections Commission or Party Secretaries we think is not only blatantly unfair, unlawful and undemocratic, but also misogynistic.

The 25% quota for women was the result of a long and hard struggle waged by women’s organisations and women’s rights advocates for close to 20 years. It sought to address the abysmal underrepresentation of women in local government. The representation of women in local government prior to this quota never exceeded 2%. The whole point of affirmative action for women in political institutions is that it seeks to increase the numbers of women and in doing so it may exact a penalty from men who have dominated these seats for years by enabling a more democratic redistribution of seats between men and women and forcing men to accept that they cannot enjoy the primary privilege of representation at the expense of women. This is the fundamental principle underlying quota.

It is not for the Election Commission to subvert the very quota it is bound by law to operationalize. The law reads (see new Section 27F(1)) that 25% of every local authority shall consist of women. To say that it is unfair to let major parties carry the larger share of women representatives is in fact discrimination against women. All candidates have equal standing at elections, whether men or women and it should not matter who is appointed once they have been put forward as equal candidates. We are also deeply concerned that political parties appear to undervalue women candidates and not treat them on par with men. It is not ‘unfair’ that more women may be appointed by some parties from the ‘additional persons’ list, it will be unfair if parties deem more women cannot be elected or appointed over men.

The purpose of women’s quotas and other affirmative action measures in political institutions is to increase opportunities for women to assume positions as elected leaders, particularly where social and cultural barriers would otherwise unfairly impede women’s ability to contest for and win a seat. There is a misperception among some political parties and independent groups that meeting the quota forces male leaders to give up their seats. In reality, the number of local government members was drastically increased from past elections, inter alia, to allow for the 25% quota and women candidates are entitled to these seats. Increasing the number of women in office and expanding the diversity of Sri Lanka’s elected leaders is not only good for women – it is critical to Sri Lanka’s democratic process.

We also wish to remind all peoples’ representatives, especially those who legislate, that women comprise the majority of voters in this country and their vote counts in your election and therefore such blatant misogyny and discrimination as this will not be tolerated.

We call upon the Elections Commission to operationalize fully the law with regard to the women’s quota. We also call upon all elected representatives in Parliament to honor their commitment to equality and non discrimination and not amend the law further or bring in provisions that will further diminish the rights of women rather than respect, promote, protect and fulfill them.

The undersigned therefore call on the Election Commission to

2) recognizing the exceptions in the quota, to nevertheless encourage political parties to go beyond the minimum requirements and nominate more women to fulfill the spirit of the 25% quota, thus strengthening diverse representation.

(Above image  from internet.)