Do Honest Judges Have No Place In The Judiciary? – Upul Jayasuriya 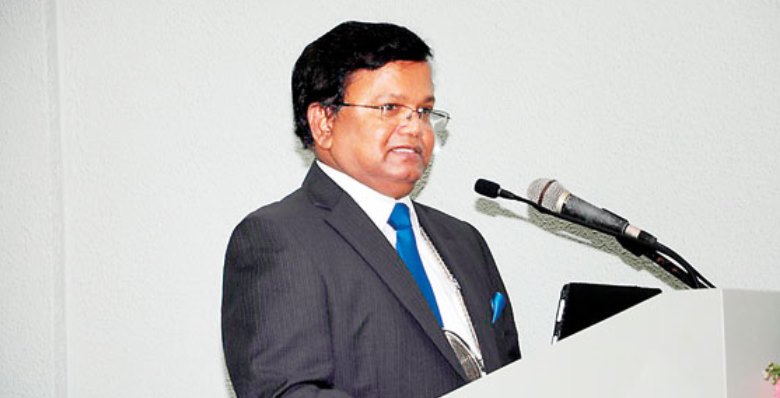 The following is an excerpt from the speech delivered by Upul Jaysuriya, President of the Bar Association of Sri Lanka (BASL) at the opening of the refurbished auditorium under the name of Dr. H. W. Jayawardene on September 27.

With the promulgation of the 1978 Constitution several new Judges were appointed directly from the unofficial Bar. They were men of stature and eminence. They stood up for judicial independence and the integrity of the profession.

Dr. H.W. Jayawardene may well have advised his brother, President J.R. Jayawardene in making these appointments. Those appointed were not cronies. They had the courage to stand up to their convictions and to conscientiously hold against the very Executive that appointed them and develop the Law on Fundamental Rights during its formative stages. These are the Judgments that face up to the embarrassment of some of the new appointees to the Judiciary. He was even responsible in recommending some worthy names — not silk worms– for silk.

H.W. Jayawardene respected moral values. His family members were shut out from politics. He was in a class of his own.

I will quote one incident concerning Chief Justice ParindaRanasinghe who devilled under Dr.Jayawardene.

R.P.Wijesiri, the Member of Parliament for Kundasale was indicted in the High Court on charges of having committed Criminal Defamation on the Country’s then President J.R. Jayawardene, who was Dr.H.W. Jayawardena’s all-powerful brother. D.S.Wijesinghe appeared for the accused and took up a preliminary objection that the indictment should be quashed on the basis that the person who was alleged to have been defamed had not made a complaint to the Police and that the matter had not been referred to the conciliation board. The objection was overruled and R.P.Wijesiri was convicted in the High Court by High Court Judge Munamale. The matter came up finally in appeal before Justice Parinda Ranasinghe and two other judges in the Court of Appeal. The matter was gone in to with D.S.Wijesighe appearing for the Appellant Wijesiri. The Attorney General appeared for the State. The aggrieved party, President Jayawardene did not retain a private counsel. Justice Parinda Ranasinghe and two other Judges went into the matter in depth and detail and upheld the objections raised by Mr. Wijesiri’s Counsel D.S. Wijesinghe and acquitted the accused. This acquittal did not stand as a bar or a reason for the then executive to impeach Justice Parinda Ranasinghe.

“It is essential for each generation to share with successive generations, the experiences and the struggles of the past so as to preserve a constitutional democracy and the rule of law”

It was taken in good spirits as it should be and Justice Ranasinghe was given his due promotion to the Supreme Court and later appointed as Chief Justice. The beauty of it all was that neither the Attorney General nor even President Jayawardene, the aggrieved party,thought it fit to appeal against the order.

H.W Jayawardene, as probably his brother’s private legal advisor, was unmoved. That was the calibre of the man he was. That’s the quality of the training he gave his juniors.

This is in contrast to some of our experiences where the Judges who sat in Judgement in a matter that was filed by the 43rd Chief Justice and issued a writ quashing the Parliamentary Select Committee proceedings were frowned upon with the wrath of the Executive depriving two Judges of that Bench of their due promotions. The late Justice Sriskandarajah died with a broken heart. A well experienced and an honest and upright Judge, Justice Anil Gunaratne is being repeatedly overlooked for promotion.

I wish to ask this question from the Executive. Do honest judges have no place in the Judiciary? I hope that even at this late stage this grave error would be rectified and thus maintaining the dignity of the Judiciary. I hope the Leader of the Opposition would take due notice of these matters.

It is essential for each generation to share with successive generations, the experiences and the struggles of the past so as to preserve a constitutional democracy and the rule of law. It is an ever-greening process and Dr.Jayawardena’s role must encourage each one of us – Judges, Lawyers and Citizens– to play our little part in this never-ending battle.

In another instance during a BASL election Dr. Jayawardena promoted the name of H.L De Silvafor the Presidency. H.L. De Silva was no admirer of the ruling party, not even an admirer of the BASL membership and certainly not of President Jayawardene. Dr. Jayawardene persuaded a prospective candidate to step down as he thought that the shy and unassuming H.L De Silva would not be able to defeat his popular opponent. Mr. De Silva was elected BASL President with a resounding majority.
Dr. Jayawardene stood tall and way above petty issues as he treasured the dignity and the independence of the Bar and the judiciary.

The Supreme Court stands as a monument to the unique contribution he made to the Bench and the Bar, adding colour and lustre to Hulftsdorp. He obtained the assistance of Dr. ARB Amarasinghe and the two of them planned everything meticulously, including the minute details, even the beautiful paintings that hang on the walls of that magnificent edifice.

He was a rationalist with a razor-sharp intellect and yet he was full of compassion and sympathy for his kind — a lawyer par excellence. But his lawyering was only a means to an end. Law was never his main pursuit. His success as a lawyer acted as a springboard for enabling and empowering him to espouse causes dear to his heart, particularly the legal profession.

He was a beacon and a symbol of selfless courage and possessed a lion-heart, fearless and the resolve to stand up for what he considered to be right with no regard to personal consequences. Though he is no more with us, he still lives in the hearts and minds of the members of the legal profession and those in the judiciary and will be looked upon with admiration.

Dr. H.W. Jayawardene, what a man you were. The references above encapsulate my small tribute to a great lawyer, a leader and a visionary of the bar and an incomparable builder like his forefathers who contributed immeasurably to legal learning, ethics and values. But above all,as a legal luminary, who displayed indomitable courage in fighting for his beliefs and convictions ignoring all consequences to his personal fortunes. We will continue to remember him as a great warrior,a prince of the Bar and a knight in shining armour of the law.
Courtesy- Daily Mirror