DMK to Centre: Move resolution against Sri Lanka in UNHRC 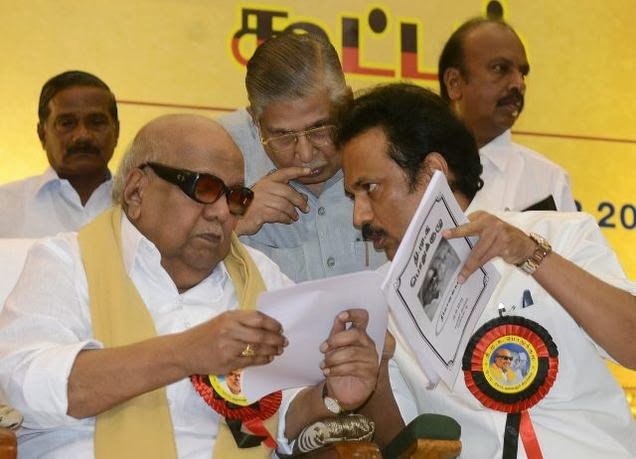 Besides urging the Indian government to move a resolution in the United Nations Human Rights Council (UNHRC) seeking a credible international inquiry into killing of Sri Lankan Tamils, war crimes and human rights violations in the last leg of the civil war, the DMK’s general council meeting on Sunday wanted India to facilitate a referendum among the island nation’s Tamils to find a permanent political solution.

A resolution adopted in the meeting said devolution of powers guaranteed under the 13th Amendment of the Sri Lankan Constitution remained only on paper.

“The Northern Province headed by C.V. Wigneswaran has been vested only with watered down powers. Land administration and home department, including police continue to be in the hands of the Sri Lankan government. The governor of the province and President Mahinda Rajapaksa can reject or accept any proposals of the provincial government,” the resolution pointed out.

As an interim relief, the DMK said, the Indian government should take steps to provide full political powers to the Tamils.

Another resolution said as the union government had filed an affidavit in the Supreme Court in favour of the Sethusamudram project, the Centre and Tamil Nadu government should take steps to speed up the case to ensure implementation of the project.

“The DMK has been insisting on defeating the designs of reactionary forces that is against the project,” the resolution added.

Yet another resolution condemned the Centre and the state government for their failure to control the price of essential commodities.
Photo: DMK president M. Karunanidhi is having a word with party treasurer M.K. Stalin at the party’s general council meeting in Chennai on Sunday. Photo: M. Vedhan