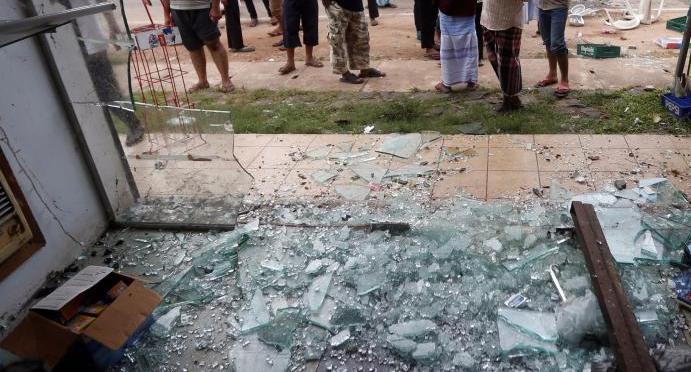 [Aluthgama anti Muslim riot was initiated by BBS]
Quoting unnamed police sources BBC Sinhala service reports that Deputy Inspector General of Police (DIG) V.Indran, who had refused to release the 13 suspects arrested over the Aluthgama clash, is facing serious threats to his life.

DIG V. Indran who was in in-charge of Kalutara and Panadura police areas was transferred with immediate effect as the DIG in-charge of welfare activities at Police headquarters in early August.

An unexpected diciplinary inquiry was initiated against him after the allegations on non release of BBS sympathisers but stopped abruptly.

Also, it is revealed that another initial investigations of a probe initiated against him is being done by officers who had earlier been subjected to disciplinary action by DIG Indran, says BBC Sinhala service.