Despite his rhetoric of being a democratic politician, Ranil Wickremasinghe’s own deeds speak to the contrary. – Justice For All 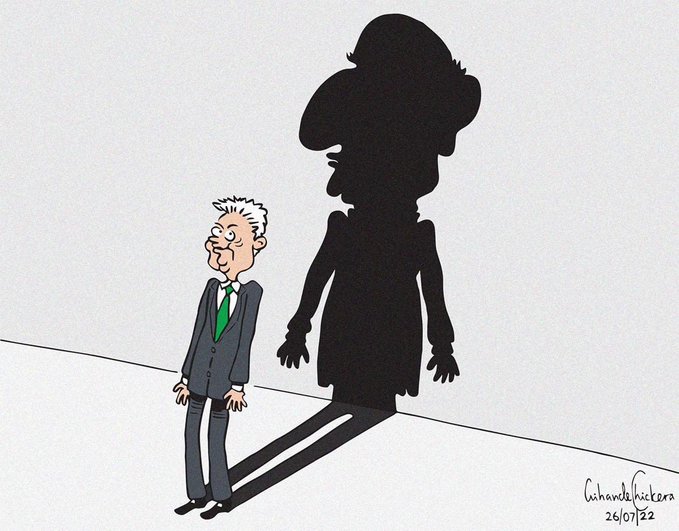 We strongly condemn the brutal attack unleashed by the Ranil Wickremasinghe government against the peaceful protestors outside the Presidential Secretariat and surrounding areas in the early hours of July 22. According to local and international media, heavily armed soldiers were deployed to attack unarmed innocent civilians, including children, the elderly, women, and disabled soldiers.

The attackers have also targeted journalists and lawyers who were in the area. This pre-planned attack was executed when the protestors had publicly confirmed their withdrawal from the protest site. The excessive force used and the degree of brutality displayed by the attackers also suggest that this is an act of vengeance, carried out on orders of political authorities.

This reprehensible act was one of the first official acts as Sri Lanka’s new President. It has brought with it national and international outrage, condemnation and scrutiny, adding further shame to a country that is facing an exceptional crisis. It is indeed unfortunate that the President took this step, sending a clear message that he as President and as the commander-in chief of the armed forces, promotes the use of excessive force to target his fellow citizens and has complete disdain for their rights and the rule of law in this country.

Mr. Wickremasinghe joined the presidential race soon after the former president resigned boasting about his claims of being an internationally respected statesman and a democratic politician, with a commitment to resolving Sri Lanka’s economic crisis and easing the suffering of the citizens with foresight and international support. Despite such rhetoric, his own deeds speak to the contrary.

We insist that restoration of democracy, rule of law, accountable and responsible governance, re-building the lost trust and legitimacy of the government, and ending the corrupt and tyrannical habits of the political class should be President Wickremasinghe’s immediate priorities.

These are genuine expectation of the people of Sri Lanka who have suffered for decades from authoritarian governance and state terror. They are also necessary political preconditions for addressing the worsening economic and social crises. Mr. Wickremasinghe who has over four decades of experience in political office has previously claimed to support democratic political reforms. We urge him to take his own words seriously as Sri Lanka’s new President. Instead of resorting to repressive responses to the expressions of dissent and protest by citizens, he should initiate measures to stop the descent to tyranny.

We also note that this recent act of state violence has occurred in a context when people have endured immense hardships and indignities due to the economic crisis caused by the misrule by one section of the political class in power. What the people of Sri Lanka genuinely expect and indeed require from any new successor is not the continuation of the same arrogance, arbitrary conduct and corrupt practices with impunity, and insensitivity to human suffering, but a system change and a governance model that is democratic, humane and just.

At this critical juncture in Sri Lanka, we urge President Wickremasinghe to act with responsibility and maturity, taking all steps to uphold fundamental rights and the rule of law in Sri Lanka. We also demand the President and his government to:

 Initiate an independent and impartial investigation into the violence on July 22 and hold the perpetrators accountable. This can be the first step by the President in
demonstrating his commitment to the rule of law Sri Lanka and ending the culture of impunity;

 Desist from intimidation and other acts targeting victims and witnesses;

 Stop the use of emergency powers and halt the ongoing arrests of peaceful protestors;

 Take immediate steps to uphold fundamental rights including the right to dissent and respect democratic processes; and

 Initiate political and constitutional reforms to abolish the executive presidency and introduce effective checks and balances as first steps towards meeting people’s expectations for building democratic and accountable government.

 Initiate a comprehensive inquiry into the causes for the economic crisis and take urgent action to hold those responsible including prosecutions.