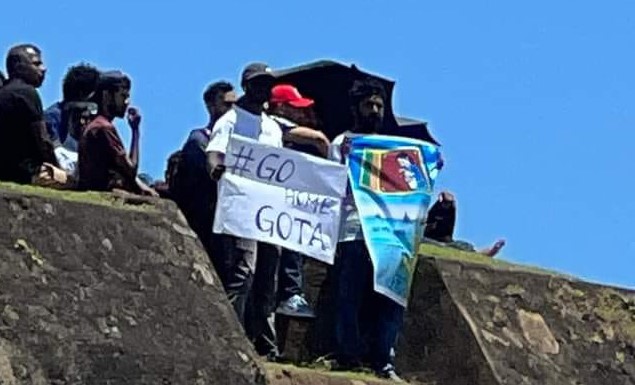 Two lawyers today filed a Fundamental Rights violation petition in Supreme Court challenging the legality of the deployment of Army personnel to forcefully disperse a peaceful protest at the ramparts of the Galle Fort on last Wednesday (29).

The Petitioners state that this incident happened when the second day of the first test match was being played between Sri Lankan and Australian Cricket teams at the Galle International Cricket Stadium.

The two lawyers state that they conducted their protest by holding banners and placards desisting the present Government and President, exercising their freedom of expression strictly within the bounds of law. The Petitioners reiterated that the said protest have not caused any disturbance whatsoever to the Cricket match nor to its spectators and any tourist visiting the Galle Fort.

The Petitioners state that the arrival of military personnel armed with firearms at the ramparts of the Gall Fort and forcefully dispersing a peaceful protest, whilst police officers were present, and without any authority whatsoever is grossly illegal and a danger to the lives of the general public.