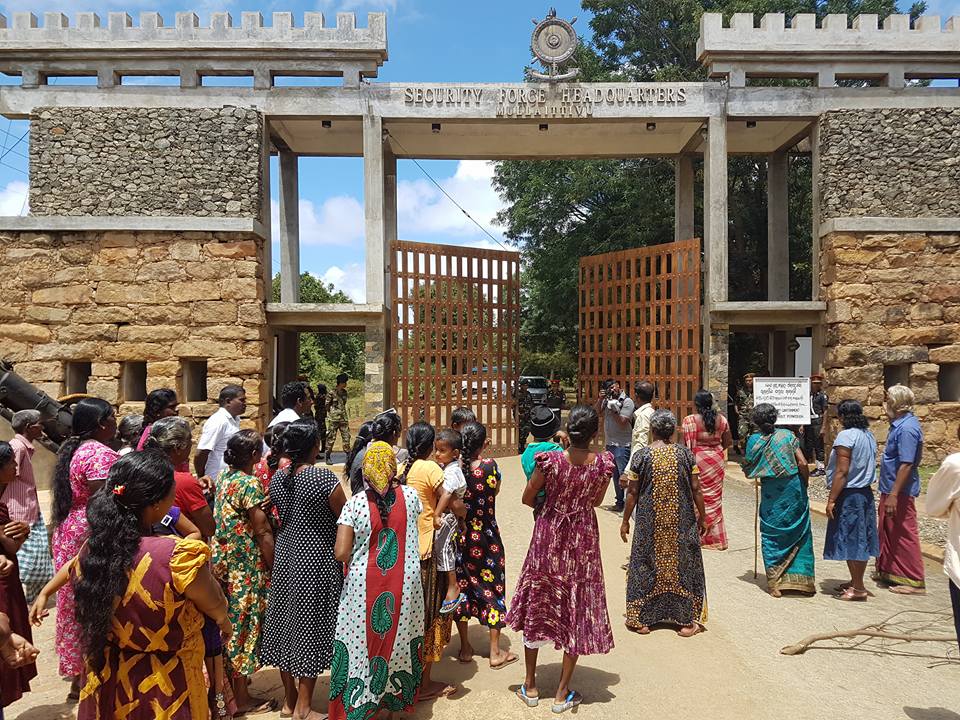 Image: Keppapulavu people in front of the army camp built on their land. (credit @garikaalan)

Firing a another letter to President Sirisena  requesting to release Tamil people’s land occupied by Security forces at Keppapulavu , TNA leader Sampanthan says that denial of their legitimate right to their land would be immensely harmful to reconciliation .This would have an adverse impact generally on reconciliation.

Sampanthan reminds the Sirisena of number of promises made by the Government  that these lans will be released by this time of the year.

Full text of the letter to the president:

I write further to my letters of 20th July 2017 and 11th August 2017 to your Excellency in regard to the above matter .Members of Parliament Mavai Senathirajah and M.A.Sumanthiran have met your Excellency and discussed this matter on 22nd August 2017

There is plenty of other land available for the Army to use –if they so need, without the payment of any compensation whatever.

In the context of the determination that these civilian people have shown to get back their land, denial of their legitimate right to their land would be immensely harmful to reconciliation .This would have an adverse impact generally on reconciliation.

I would earnestly urge that this extent of 73 Acres be returned to these Civilian people at the earliest.

I request Your Excellency’s intervention in this matter.