‘Demons in Paradise’: Is Jaffna ready for full scope of freedom ? – Ranga Jayasuriya 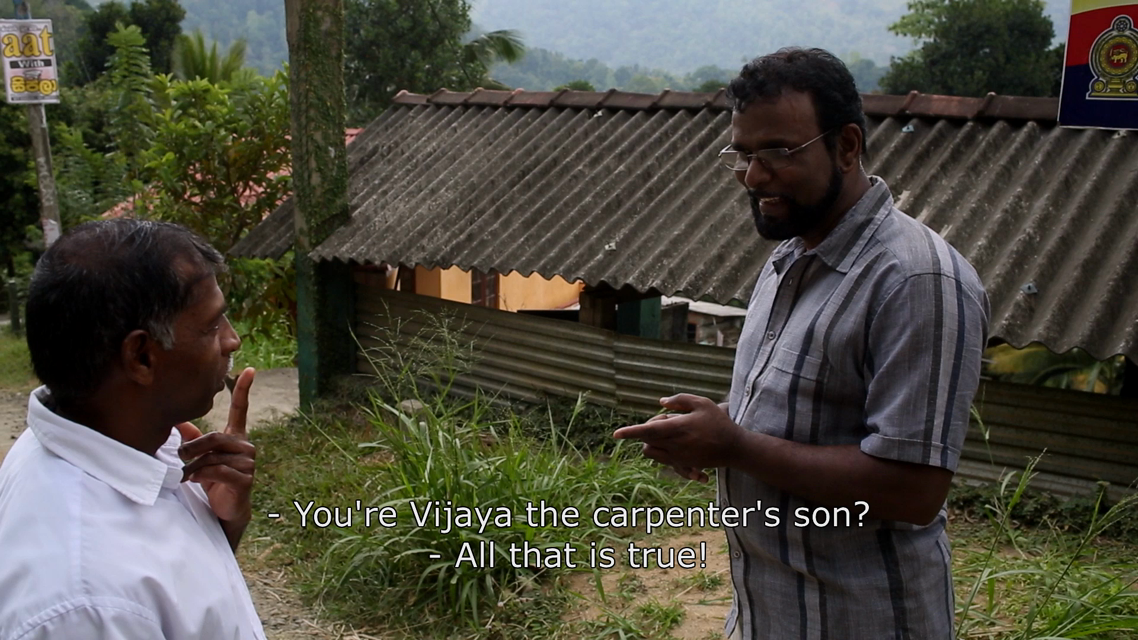 Jaffna International Film Festival that began last week has removed Jude Ratnam’s internationally acclaimed ‘Demons in Paradise’ from screening. The decision to remove the film – that depicts the gradual but predictable degeneration of Tamil militancy into one of cannibalizing its own- was treated with a muted reaction in the South. In the North, save a few genuine, and time tested activists of the calibre of Rajan Hoole, the majority tended to justify the censorship of the movie.

Silence of the civil society activists in the South may be due to the popular fallacy that some people and communities (and not others) ought to have safe spaces and trigger warnings. This notion has been cited by leftist student activists in American universities to justify the shutting off from universities, the opposing voices of populist and nationalist types. In Europe, same idea led the Islamic activists to demand safe space to discuss things ranging from martyrdom to Burkas away from the scrutiny of public security agencies.

Jaffna’s Tamil nationalists cannot stomach this bitter reality. Organizers removed the movie from screening allegedly due to the pressure from a group only known as ‘ community.’

Jaffna’s Tamil nationalists cannot stomach this bitter reality. Organizers removed the movie from screening allegedly due to the pressure from a group only known as ‘ community’

That is sad. However in many ways, that is quite understandable too. Jaffna was never a bastion of freedom expression, even before the emergence of the militancy it suppressed alternative views that promoted a less confrontational approach towards Colombo. Nor is it now- it is suppressed both by the state’s security apparatus and an exclusivist Tamil nationalist thought.

Neither would it become free anytime in the immediate future. There are multiple mutually -reinforcing forces of political contrast that hamstrung Jaffna’s emergence as a free society.

Jaffna’s opinion elites have gradually but unmistakably restored a culture that glorified Tamil militancy and nihilistic terrorism of the LTTE. Same folks who are disturbed by Jude Ratnam’s portrayal of the LTTE are commemorating the Black Tigers in July,Mahaveerar Week in November and another so-called genocide day in May. The LTTE nurtured and harnessed its culture of martyrdom through the same set of ritualistic commemorations.

There is a second element which explains why this culture of fringe nationalism is likely to prevail: because, it suppresses all other rival, saner ideologies. After all that is how Jaffna succumbed to its current plight. A contemporary example would be students’ politics at our public universities. Even after being ruthlessly suppressed by two counter insurgency operations, this psudo-leftist tinted insular ideology of the JVP and its breakaway group has reestablished itself as the dominant force in the university politics. It has achieved that feat by exploiting the permissive atmosphere in the universities and passive university administrators who turned a blind eye to its violent maximizing approach.

Its success in our universities is not because university students are a uniformed lot who have special grievances which others don’t. Instead, student activists of this myopic ideology have recreated a parallel universe where all these feigned grievances are floated, and trap the naïve and hapless majority within it.

LTTE-loving Eelam apologists are also doing the same in Jaffna. They suppress other opinions and fill the vacuum with their bitterness.

Third, politicians in both the South and the North have always found it easier to appease the hardline than to confront it. Vijayakala Maheswaran MP called for the revival of the LTTE to fight crime in Jaffna. Most those allegations of high rate of crime and rape (as she implied) are also exaggerated and intended to provide an immediate pretext to delegitimize the central government.

Fourth, dynamism of those forces is bound to trigger a government response that would take back some of the civic freedoms and tighten the grip. (Maheswaran herself was arrested yesterday by the police over her remarks). The government’s response, though can be justified in the need to keep a tab on separatist sentiments, also make the Northern Tamils feel suppressed. These grievances can also fuel nationalism and play into the hands of the extreme Tamil nationalists.

On the other hand, if you allow a free scope of activism, there is no guarantee, its degeneration would culminate in another bus bomb in the South – or a Catalonia-styled mayhem, and then to an armed struggle.

LTTE-loving Eelam apologists are also doing the same in Jaffna. They suppress other opinions and fill the vacuum with their bitterness

Fifth, assume that Jaffna’s ‘community’ would open itself up to all shades of opinion, and is prepared for a civilized debate of all matters. That would cause a tricky situation. Those who oppose the removal of ‘Demons in Paradise’ as an assault of free speech, would also have to be ready to allow the screening of Channel 4’s ‘Sri Lanka killing fields’, no matter how concocted claims are in the documentary. That however offers a tough choice for the government. Nationalist outburst in the South over such a screening would not be nice. Therefore, effectively shutting Jaffna from a diverse spread of opinion, fringe nationalists have made it easier for the Sri Lankan government, at least in the short run to maintain the status quo.

However, such conditions do not help the country in the long run. This brings to the final scenario. Post-conflict transition, including civil liberties, should be managed in an incremental manner. That would also mean, while according more freedom and space, the government should also nudge Jaffna’s opinion makers towards a more conciliatory line. At the same time, red lines of the discourse should also be clearly visible. Crossing that should be met with retributive cost, not in the form of white vans, but through the legal arm of the state.

Until that time, Jaffna blocking out of ‘Demons in Paradise’ is Jaffna’s business.